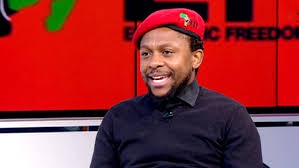 EFF MP Mbuyiseni Ndlozi has taken aim at the ANC for allegedly wanting to hand out "rotten", "abandoned " , and state owned land to the South Africans.

Ndlozi said the EFF, rejected the bill because of the offer made by the ANC, claiming it was unreasonable.

This comes after the EFF, this week rejected the constitutional amendment bill which seeks to allow for land expropriation without compensation. The opposition political parties voted against ANC, for different reasons. ANC needed 267 votes to pass the bill into a law but they were only able to secure only 204 votes.

Ndlozi on Wednesday said his party rejected the bill because of the offer made by the ANC, claiming it was unreasonable.

"ANC thinks we are fools, the 'circumstances' option means prime land will never be given to black people without compensation". Said Ndlozi.

Ndlozi claimed the ANC is an "enemy of total decolonization" and not a liberation movement.