Only members of FW de Klerk's family will attend his funeral.

By Timeline-Threads (self media writer) | 2 months ago 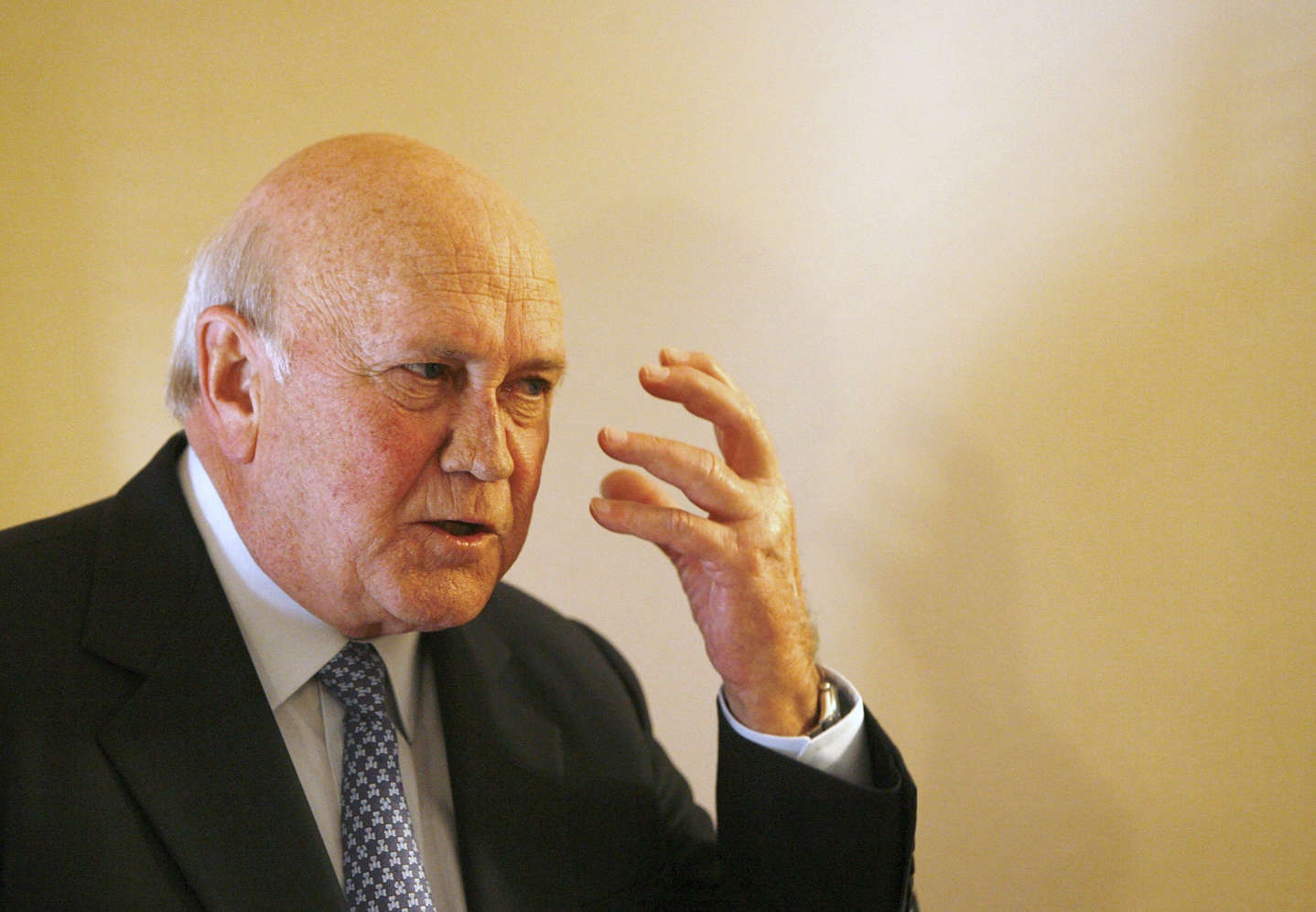 The FW de Klerk Foundation stated on Sunday that FW de Klerk, the last apartheid president, will be cremated and buried on November 21, 2021.

In a news release, the organization stated, "It will be a private event for family members and will not be exposed to the public."

After a long battle with cancer, De Klerk died on Thursday at the age of 85 at his home in Cape Town.

The FW de Klerk Foundation regrets to inform you that former President FW de Klerk passed away peacefully at his home in Fresnaye earlier this morning after a long battle with mesothelioma cancer. Mr. De Klerk was 85 years old when he died. His wife Elita, children Jan and Susan, and grandchildren survive him.

He had previously refused to apologize and sparked outrage when he stated that apartheid was not a crime against humanity as late as last year. Right-wing Afrikaners, on the other hand, saw him as a traitor to their principles of white supremacy and nationalism for abolishing apartheid.

Observations on his death https://www.reuters.com/business/media-telecom/south-africa-reacts-death-last-white-president-fw-de-klerk-2021-11-11 from world leaders and citizens alike reflected the difficult space in history he occupied; a key player in one of the most infamous oppressive regimes but also one who worked to end it.