By Maekotb (self media writer) | 10 months ago 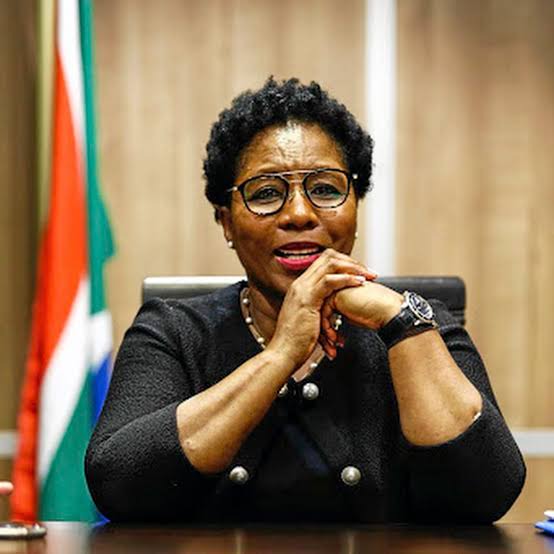 The Congress of the People (Cope) has called on president Cyril Ramaphosa to fire State Security Minister Ayanda Dlodlo and the police minister Bheki Cele. The call follows the incidents of unrest and shop lootings in Gauteng and KwaZulu-Natal last. Shopping Malls and infrastructure were attacked, looted, destroyed and some burned. 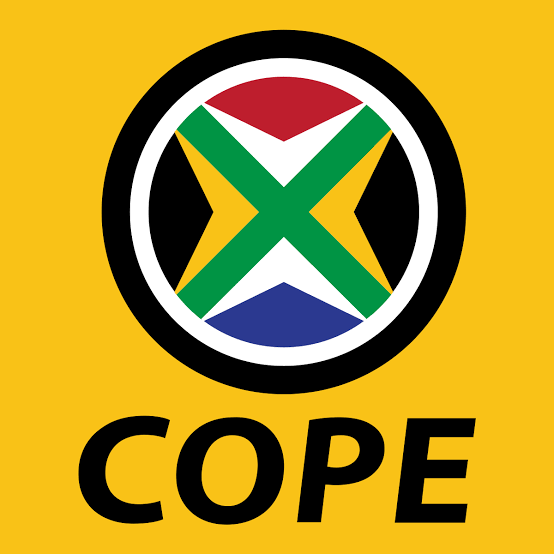 Cope in a statement said the two ministers have failed the country and humiliated president Ramaphosa. 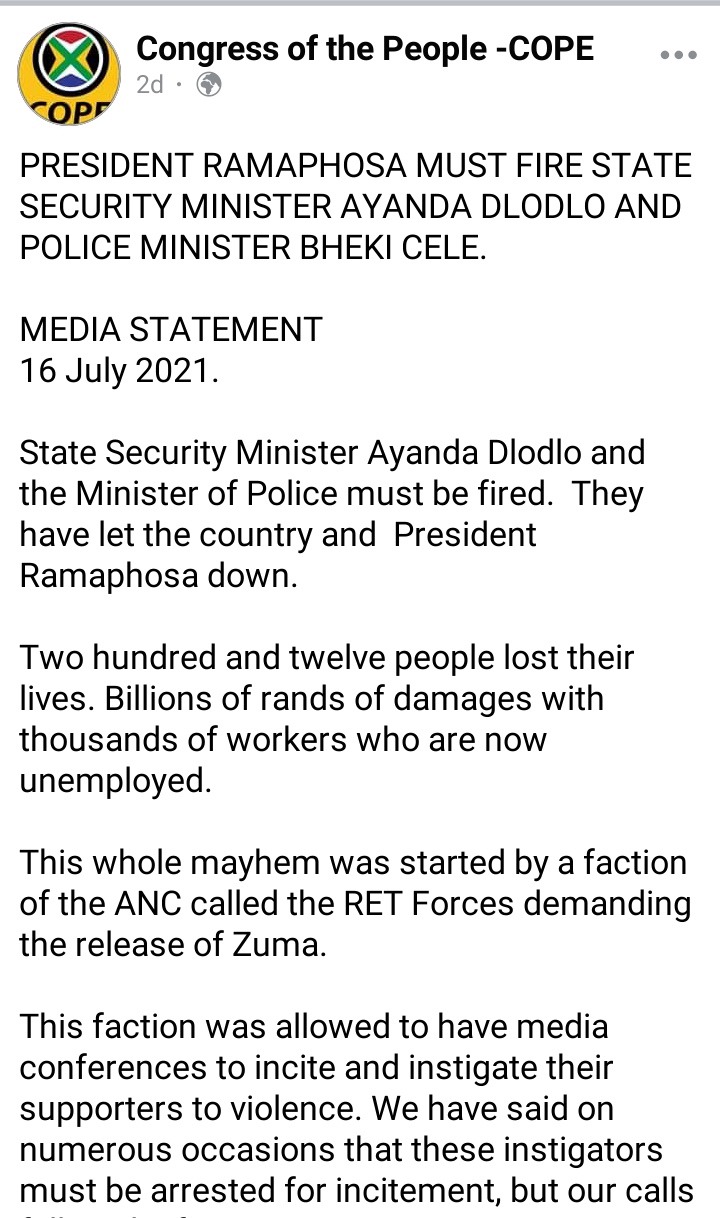 Shifting the blame to Former President Jacob Zuma, the party said it will forever remind the African National Congress (ANC), that it was warned that electing Zuma as a president was a recipe for disaster. 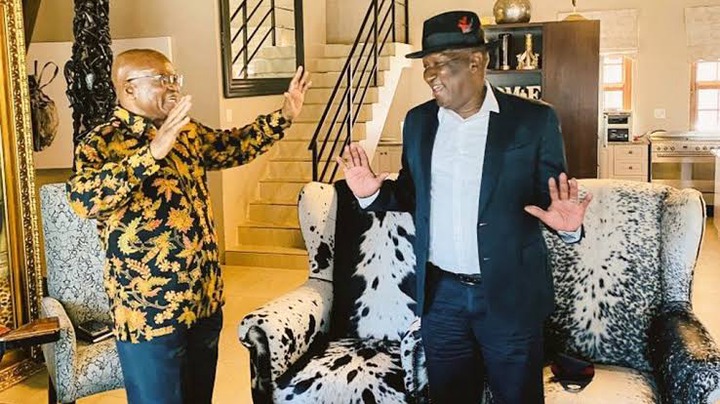 Meanwhile, the Economic Freedom Fighters has also slammed how Ramaphosa handled the unrest. 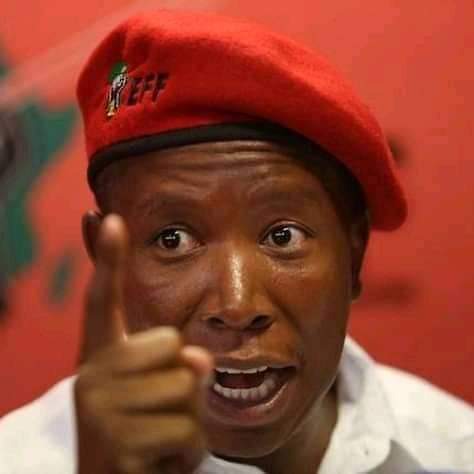 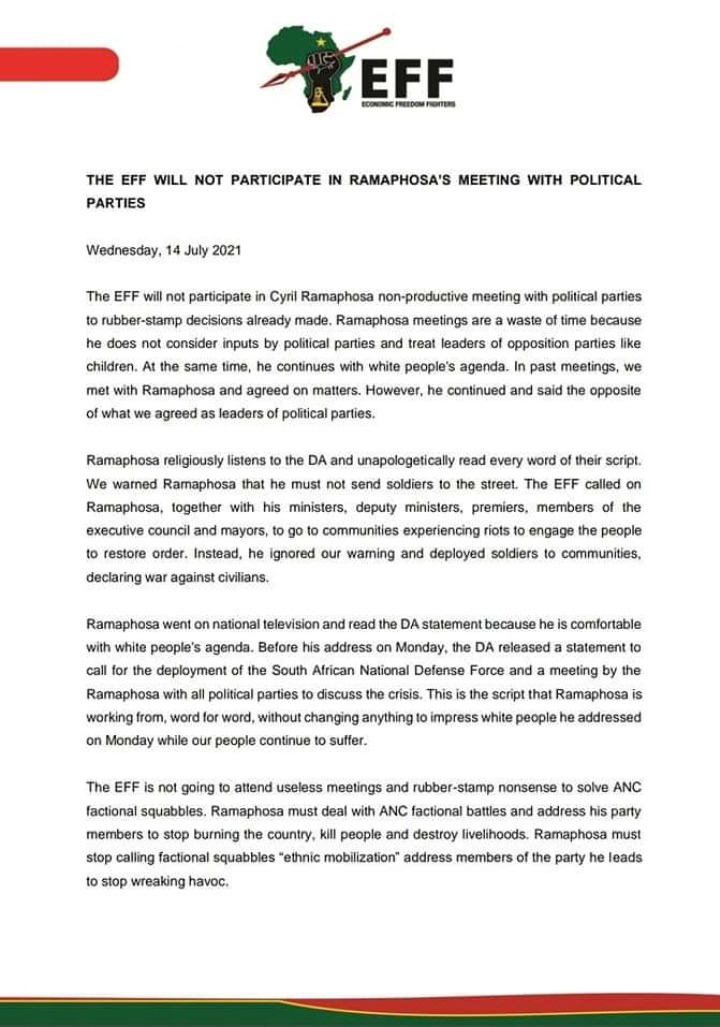 EFF could not even participate in Ramaphosa's Virtual meeting with political parties amid the unrest, describing the presidents's meetings as a waste of time.

The party said Ramaphosa does not consider inputs from political parties and treat leaders of oppositions like children.

"Ramaphosa religiously listens to the DA and unapologetically read every word of their script. We warned Ramaphosa that he must not send soldiers to the street. We are not going to attend useless meetings and rubber-stamp nonsense to solve ANC factional squabbles"Read The statement

EFF continued to say Ramaphosa must deal with ANC factional battles and address his patry member to stop burning the country, killing people and destroying the livelihoods. 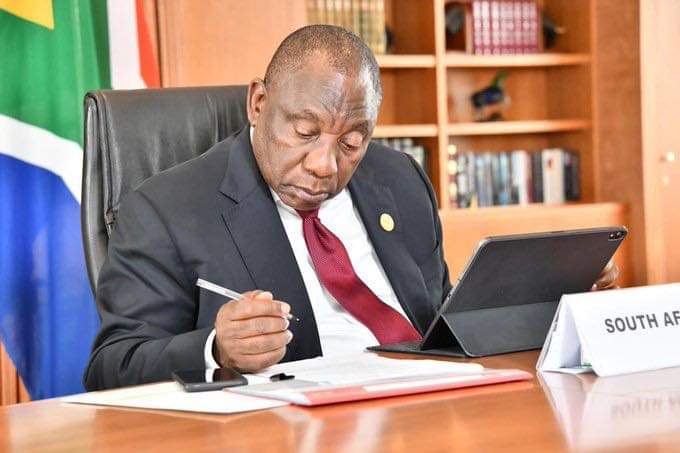 "As this government, we must acknowledge that we were poorly prepared for an orchestrated campaign of public violence, destruction and sabotage of this nature.

While we commend the brave actions of our security forces on the ground, we must admit that we did not have the capabilities and plans in place to respond swiftly and decisively", Ramaphosa said.

Ramaphosa described the unrest as a deliberate attack on the democracy and intended to cripple the economy.

"It is clear now that the events of the past week were nothing less than a deliberate, coordinated and well-planned attack on our democracy. The current instability and ongoing incitement to violence constitutes a direct contravention of the Constitution and the rule of law."Ramaphosa said.

The president however, said the motive of the unrest has failed and he was happy to see South Africans being united, and defending their communities.

"It has failed because of the efforts of our security forces, and it has failed because South Africans have rejected it and have stood up in defence of our hard-won democracy. I saw people cleaning up the streets, rebuilding their lives, standing together united in their

25,000 SANDF members have been deployed to support police in maintaining order and protect key installations and commercial sites that are vital to the functioning of the economy and the uninterrupted provision of services to citizens.

According to Ramaphosa, specialised units of law enforcement agencies are working around the clock to locate and apprehend those responsible for planning and coordinating this violence.

The President said the government's priority currently is to stabilise the country,secure essential supplies and infrastructure,provide relief and support recovery and rebuilding,and encourage the active efforts of citizens in defence of lives, livelihoods and democracy.

The violent protests were sparked by the incarceration of the former president Jacob Zuma and claimed 212 lives, causing damage to about 161 malls and shopping centres, 11 warehouses, 8 factories and 161 liquor outlets and distributors. This does not include the damage caused to roads and other infrastructure.

Content created and supplied by: Maekotb (via Opera News )