Thabo Mbeki, a former president, says that the ANC is in danger because it hasn't changed as a party and because many of its leaders still only want to get into positions of power. After celebrating his 80th birthday, Mbeki gave a wide-ranging interview to TimesLIVE. He said that the party was not ready for its elective conference in December because it hadn't changed.

Experts think that the former liberation movement will fall apart in two years because of this. This important task of renewal is not being done, which is a shame. At its 54th national conference in 2017, the party gave its national executive committee (NEC) one of its main tasks: to renew the ANC. 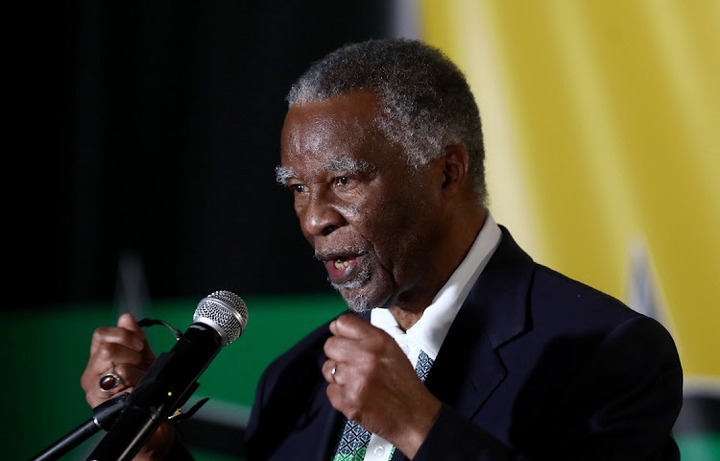 "Fortunately, the ANC said so at its last national conference in 2017. It said that if we don't go through a process of renewal, the ANC will die. "The conference made a very good choice," Mbeki said. "This important challenge of renewal is not being met, which is a shame. The people who took charge after that conference did not take part in this process of renewal. The conference said that the national executive committee should handle this issue, but it hasn't done so yet. So, it's still being talked about."

As part of the resistance, people are arguing about the "step aside rule," which says that party members who are facing criminal or corruption charges can't hold any position of power in the party. Any elected leader who is facing charges must give up their job voluntarily or they will be suspended. 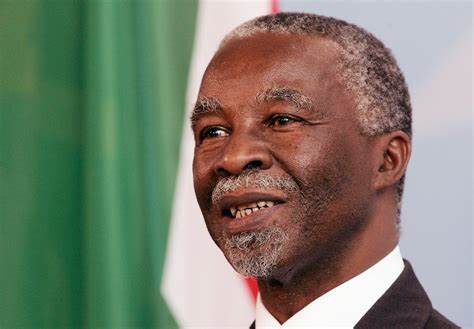 The rule could be done away with in December.

Mbeki said that the ANC could still be saved. "Of course, if it falls apart because of its own mistakes in two years or whenever people are talking about, then we will have to deal with a different situation," he said. "But right now, it's the job of the leaders and members of the ruling party to make sure that they save it from what it is." "It has to go through a process of renewal. There is resistance to that from the inside, but it has to happen."

"People join the ANC to get into positions of power." 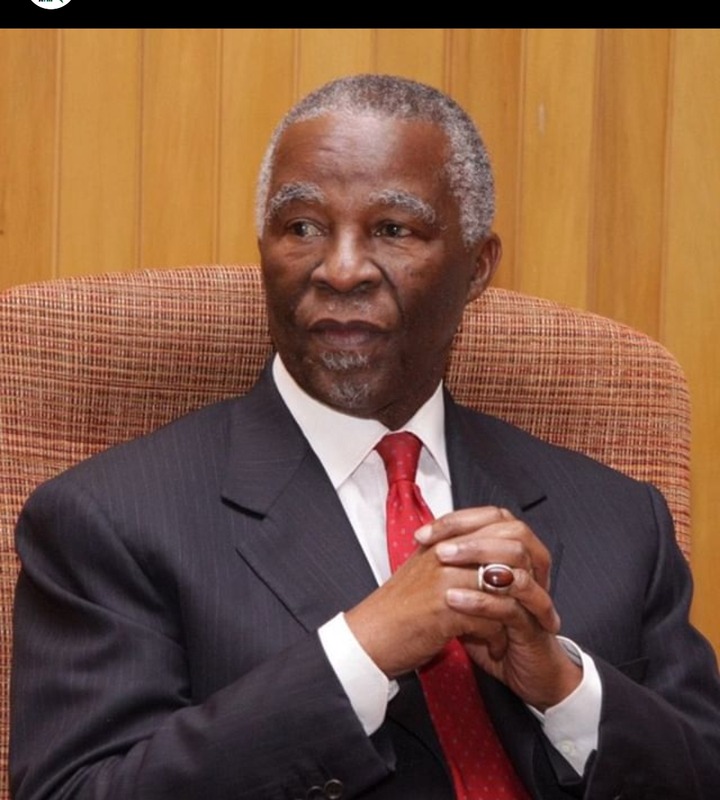 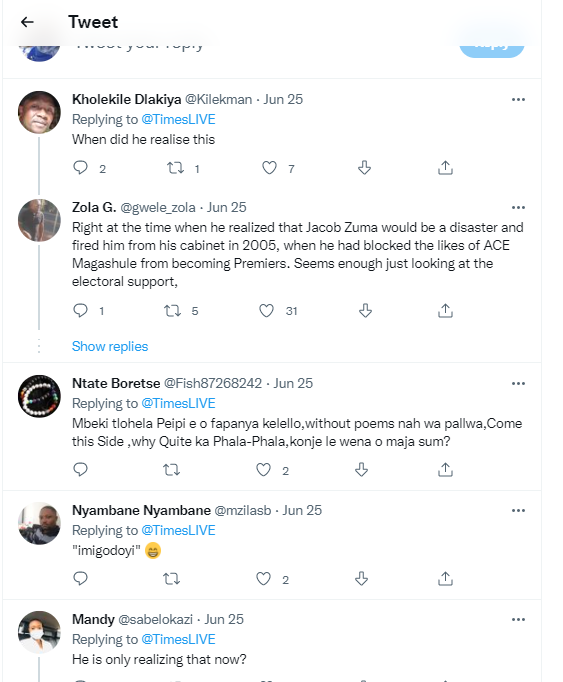 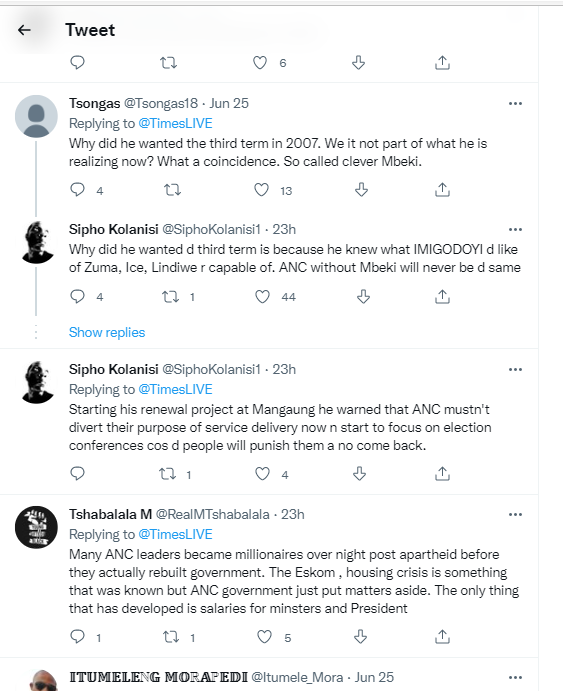 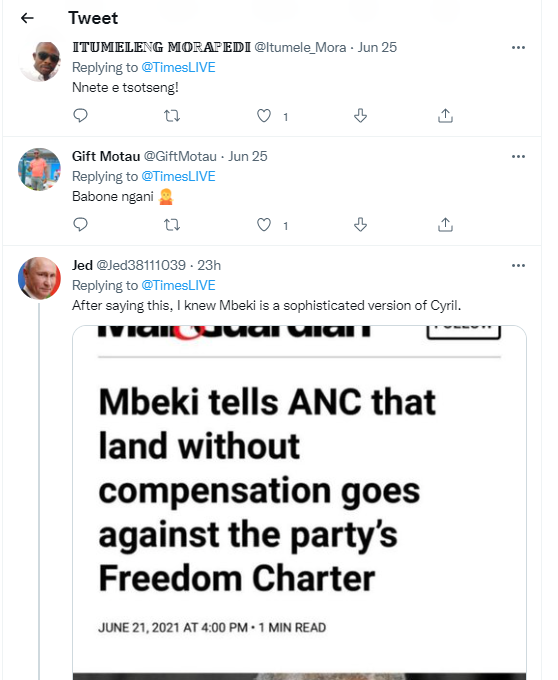 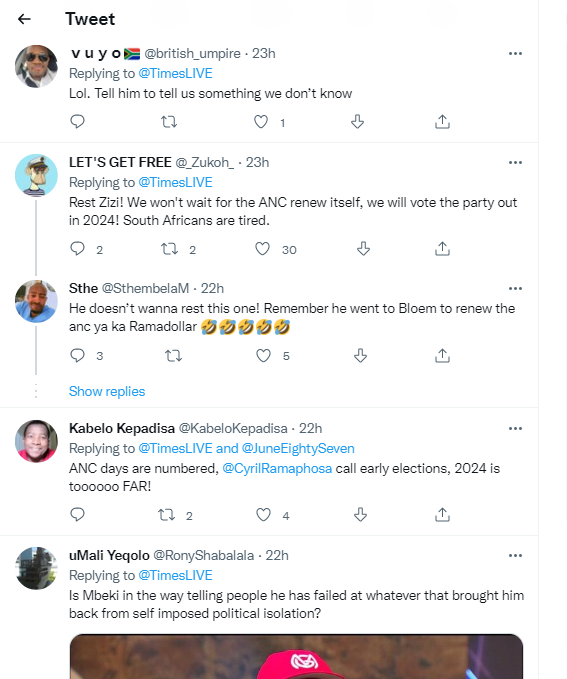 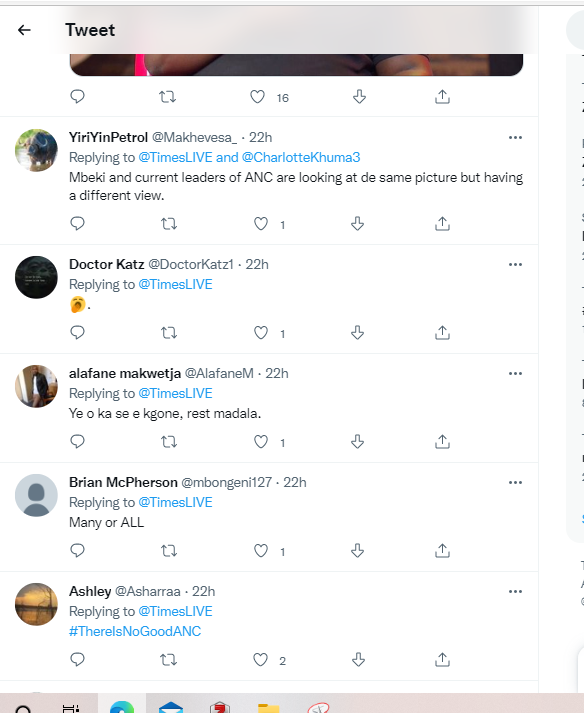 One problem the party had was that people who joined to get into positions of power were in charge. "The truth is that there are a lot of people in the ANC, which is a ruling party, who aren't there because they want to be part of a liberation movement. "That's why there will be corruption," Mbeki said. Nelson Mandela, who used to be president, was right when he told the ANC that its divisions were not caused by disagreements about policy but by power struggles.

"That has hurt the ANC, and because it has been the country's ruling party since 1994, it has a big effect on the country," Mbeki said. "In my opinion, we won't be able to help SA get out of these big problems like corruption, bad government, and widespread crime, which all boil down to not respecting the law. "We won't be able to solve these problems until we deal with this ruling party, which is the most powerful political group in SA."

A woman from Burgersfort recently showed off her home on Facebook leaving many people speechless.

Mzansi celebrities who are bisexual and pansexual.

EtvScandal|| Motshabi wants to know who her father is, See Aunty Kutlwano's response