OPINION : During This Time, Our People Shouldn't Be Fooled By Politicians.

DON'T BE SURPRISED, as it has been announced that the election is on November 1, 2021 there is a lot to see and hear from politicians, please don't be surprised.

You will still see politicians laughing out loud, as it is time to remember our power as voters and how it has changed their lives. 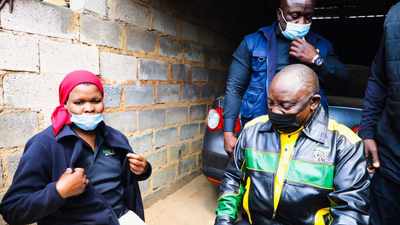 Don't be surprised if you see them coming into our community hugging children who sneeze, not because they want to because of the situation. It is as if they are looking for a job for us, they can do anything to get our vote, in fact we forget that we are the bosses of the politicians. Do not be surprised if you see a large number of luxury cars that you have never seen before. Don't be confused by what will happen just as often as there is an election, just this time they remember, don't be surprised. Most of them are not ashamed, they come in these big cars wearing colorful clothes and jackets for their organizations but do not leave a penny in the shack where they are going to campaign, sadly they see that you can fall at any moment.

Don't be surprised, politicians who care about trust, the only thing that matters to them is your vote. Don't be surprised if they make promises that they also know will not be fulfilled. Don't panic, these people who care, they are playing with your misery, they will tell you that once you vote for them you will get a job, houses, there will be water and electricity, they will build roads and so on. Don't be surprised if every one of them promises not to do it once you have chosen them. Don't be offended if they tell you that it is not the job of the government to create jobs, which is different from when they want your vote. Politicians said they lived in Kloof, Hillcrest and Umhlanga, and told them they were speaking for the poor.

From now until November 1, don't be surprised if you see municipal officials accompanying the mayor and councilor visiting your ward and making unrealistic promises, after all they have come for your vote (they don't want that fact). Once your vote puts them in state power, it changes the food on the plate and they forget who you are, and they decide how many councilors they have in the council. Don't be surprised if the sewers have already exploded but are now being repaired as the election approaches.

Don't be surprised if you see potholed roads being repaired now, and if the councilor is visible from the last election, the election date has been announced.

Don't be surprised, everyone is going to have their own T-shirt with the head of a political party leader.

Don't be surprised if you see the lives of politicians and their families change after your vote.

It should also not be surprising to hear of their assassination. This clearly shows that they do not care about you and me but this thing is for them.

From now until November 1, you will still hear that a candidate has been shot in and out of a meeting.

As sad as it is you will see the leadership of that group, it will fill the family expressing their sympathy for the lost member.

Do not be surprised if one of the deceased's colleagues is arrested. Also don't be confused when it comes to the funeral of a deceased person to campaign to win an election, something sad but happening.

In the end, we have to stay hopeful, not telling ourselves that we are in a trance. After all, people died for this right to vote, ours

Something Is Very Strange About this Move to Level 1, Especially These 2 Regulations [Opinion]