By News_headquarter (self media writer) | 2 months ago

On Election Day, Msholozi told reporters outside a democracy station in Nkandla that who he remains behind is "no confidential." 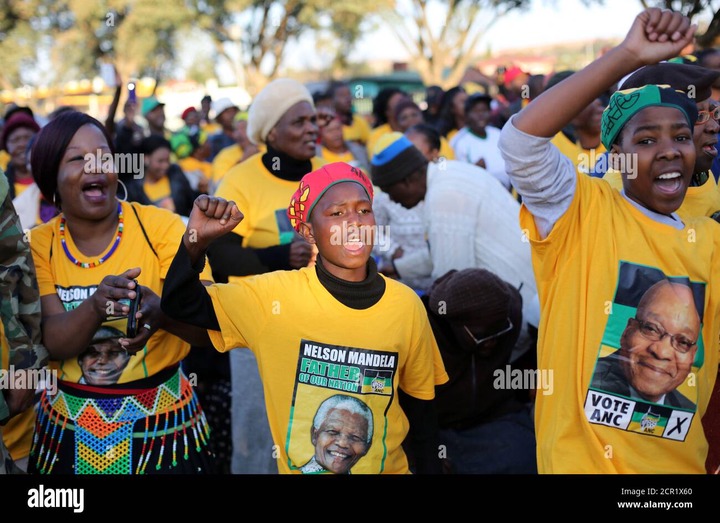 Zuma, who is currently serving the remainder of a 15-month prison sentence from his home in the KwaZulu-Natal (KNN) province, has stated that he will continue to vote in favor of the ANC.

Zuma cast his ballot alongside past first woman Bongi Ngema at the Ntolwane primary school in Nkandla, accompanied by a large entourage of security officers.

He was spotted greeting ANC supporters who had set up camp outside the school, who greeted him with raucous applause for the former President. Following his impact on the democratic station, Zuma shared his thoughts on the upcoming government elections with columnists, noting that he has consistently voted in support of the ANC and will continue to do so.

Zuma, who lives in the IFP-controlled ward 13, has continued to push for the decision party after he was released from prison on a temporary basis due to alleged severe weakness that put him in danger.

While waiting in line, his supporters expressed their displeasure, identifying with hopeless assistance conveyance in Nkandla, with significant numbers of his neighborhood supporters requesting that their boss swap collusions and vote someplace else as the ANC struggles.

Nonetheless, in a press conference, Zuma stated that he chose the ANC and that the party "would reign for eternity."

The president is happy with the outcome of the election.

Meanwhile, current President Cyril Ramaphosa has made his decision at the Hitekani Primary School in Chiawelo, Soweto, where residents had previously rioted to express their dissatisfaction with government service delivery.

As he and his entourage arrived at the democracy station, Ramaphosa was booed by dissidents, but he said he understands the unrest in plain sight.

"It's very puzzling how administrations are organized in districts," he added. "Our relatives have a strong want to complain, but they also have a strong desire to address these concerns. They are putting themselves out there by voting either in support of what they believe will be done or in opposition to what they believe has not been completed."

"We know what the problems are, and we need to fix them this time."

He urged South Africans to continue voting and casting their ballots.

"I approach South Africans in order to test their current popularity. I went for my daily stroll at the start of the day and ran into people who were on their way to vote from as early as 6:00 a.m "He expressed himself.

"Many South Africans are turning out in large numbers, and as a society, we should be ecstatic that our majority rule system is spreading, becoming more established, and many traditional people are genuinely pumped up for their support in this engagement."