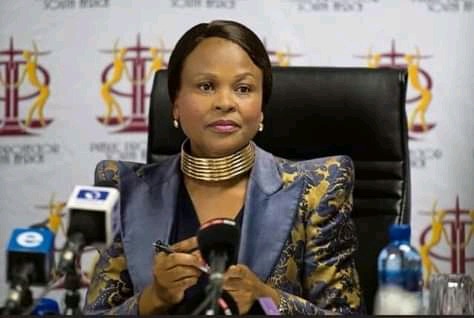 The Public Protector, Advocate Busisiwe Mkhwebane, is facing such a difficult time in executing her job as she is challenged against all odds with the courts pressing her down.

Despite all the evidence presented in court but Advocate Busisiwe Mkhwebane always lose especially when she is doing a case on Cyril Ramaphosa or his allies, particularly Pravin Gordhan.

It will be remembered that in July, the Constitutional court ruled against her in her bid alongside former DA leader, Mmusi Maimane and EFF. They had filed a bid to have the court unseal Ramaphosa's CR17 bank statements.

The public Protector had also found that Cyril misled the Parliament when he said he did not know about the funders of his ANC Presidential campaign. The court ruled in Cyril's favour and dismissed Mkhwebane's case with costs.

However, the Chief Justice, Mogoeng Mogoeng, ruled that Cyril is guilty and he did mislead the Parliament. He said that Cyril acted against the constitution.

Now, Advocate Mkhwebane has lost another case against Pravin Gordhan. The Supreme Court of Appeal (SCA) has dismissed her bid to appeal the invalidation of her report on Pravin Gordhan's decision to grant SARS official Ivan Pillay early retirement after finding it had "no prospects of success".

The court reached its decision without hearing argument on the case.

Advocate Mkhwebane's report on Pillay's early retirement was released the day before Cyril Ramaphosa's inauguration on May of 2019.

The report found Gordhan had irregularly approved Pillay's early retirement from SARS, with full benefits, and ordered that Ramaphosa take appropriate disciplinary action against the minister for failing to uphold the Constitution. 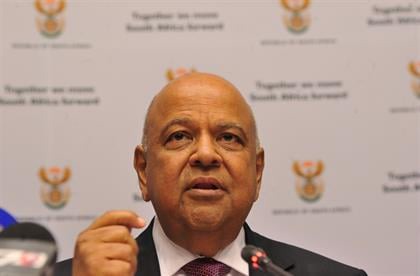 However, Gordhan's lawyers argued that this amounted to the Public Protector seeking his dismissal.

It will be remembered that last year in December, Gauteng High Court in Pretoria comprehensively dismissed Mkhwebane's reasoning for finding against Gordhan and her suggested remedial action.

But the ruling also found the minister’s accusations that Mkhwebane had acted with an ulterior purpose against him were "mere speculation" and were not backed up by any real evidence.

While this happens, Mkhwebane has accused Ramaphosa of intimidation in reply for perjury claim. Ramaphosa had made a plea that the apex court refer her to the prosecuting authority for alleged perjury.