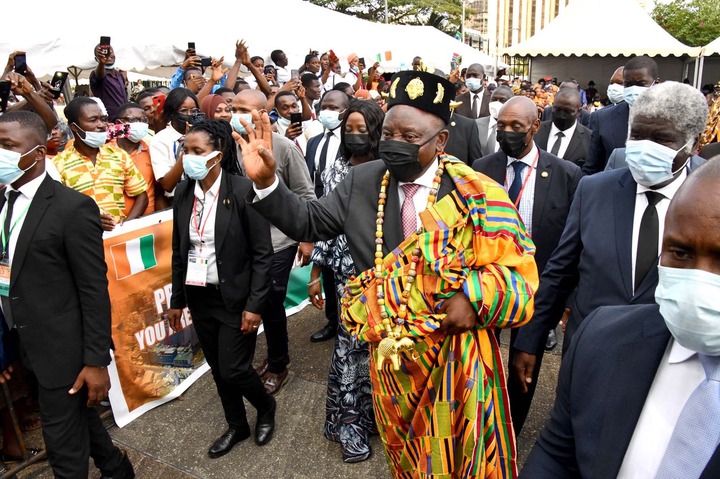 President Cyril Ramaphosa had for the first time visited Ivory Coast,Ramaphosa,the president of Ivory coast and other Ivory Coast state officials were strengthening the diplomatic relations between south africa and Ivory Coast.To his surprise,president Cyril Ramaphosa was issued with the citizenship of the Ivory Coast,the Abidjan citizenship status is considered one of the most valuable in the country,the status is mostly held by the residents of the city of Abidjan,the residents and the state officials saw it fit to grant Cyril Ramaphosa with this valuable document in honour of his first time visit,it was nothing but the sign of appreciation. 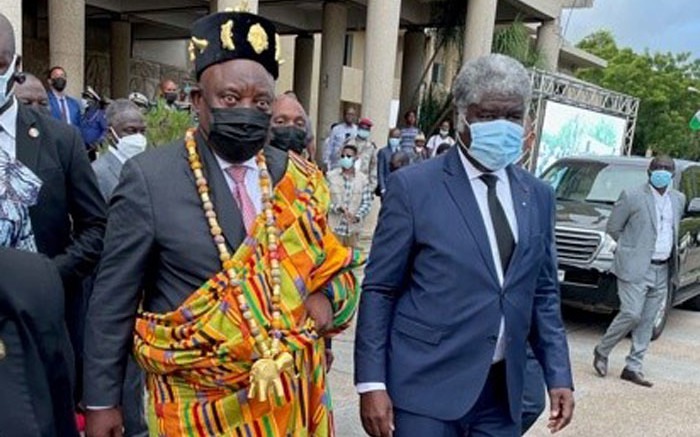 Some of the countries doesn't allow the people to hold the dual citizenships,one has to scrap the citizenship he/she initially held to make a way for the one he/she wishes to pursue,as for south Africa,it has always made it much easier for one to acquire dual citizenship. 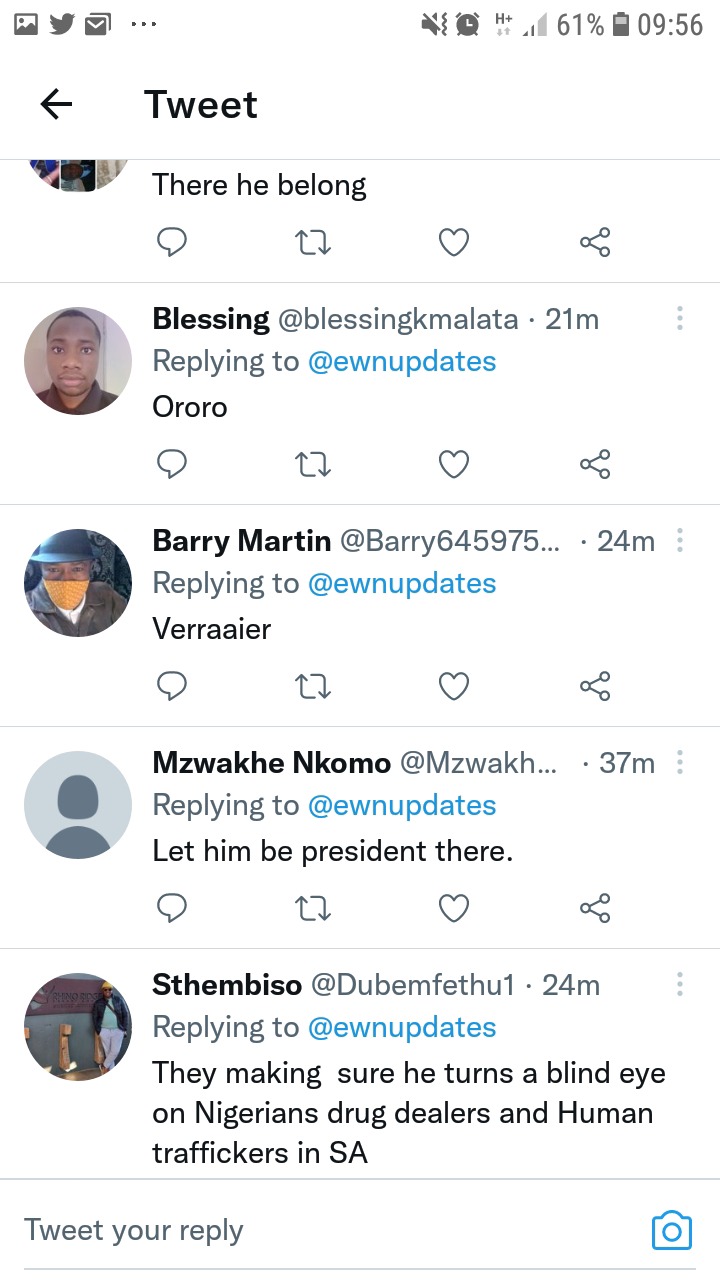 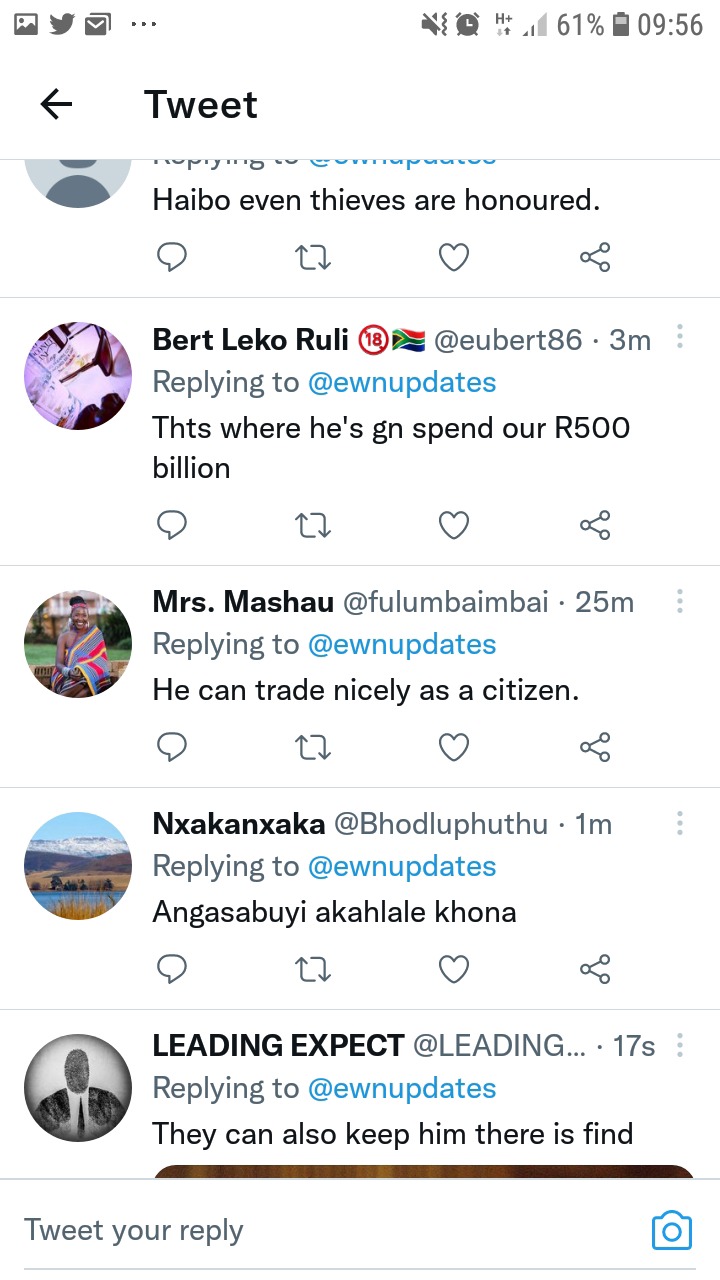 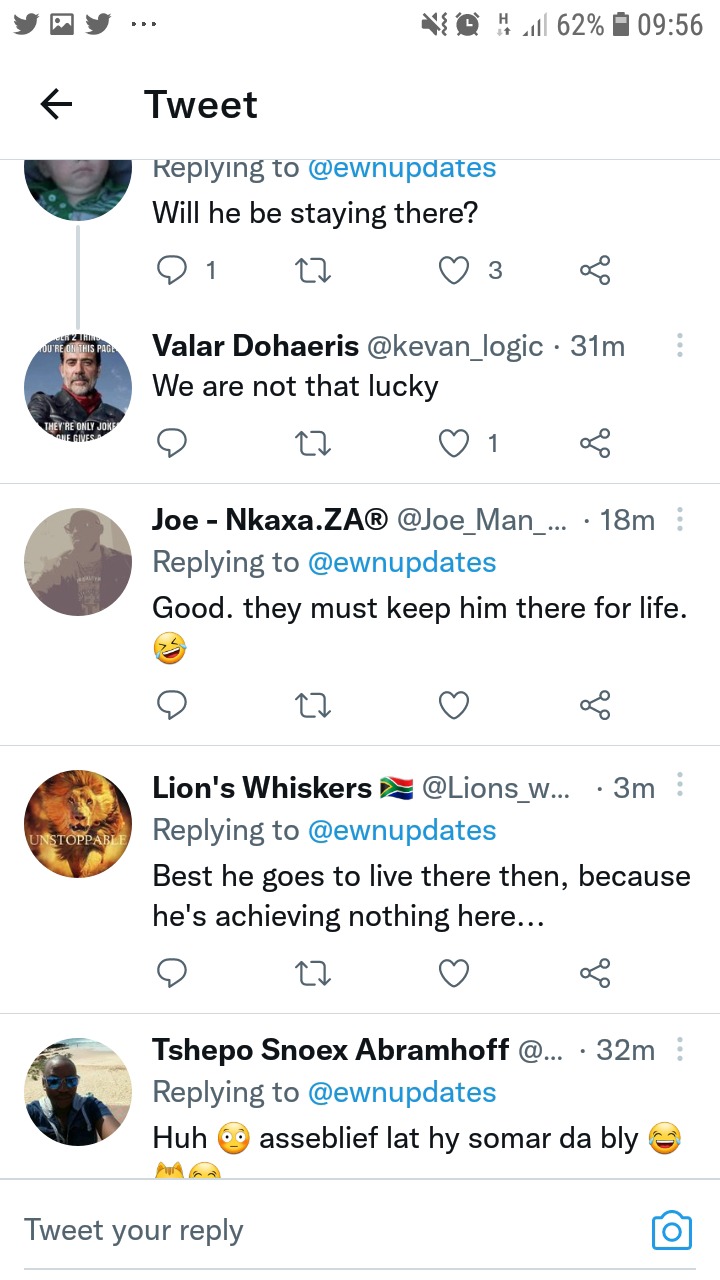 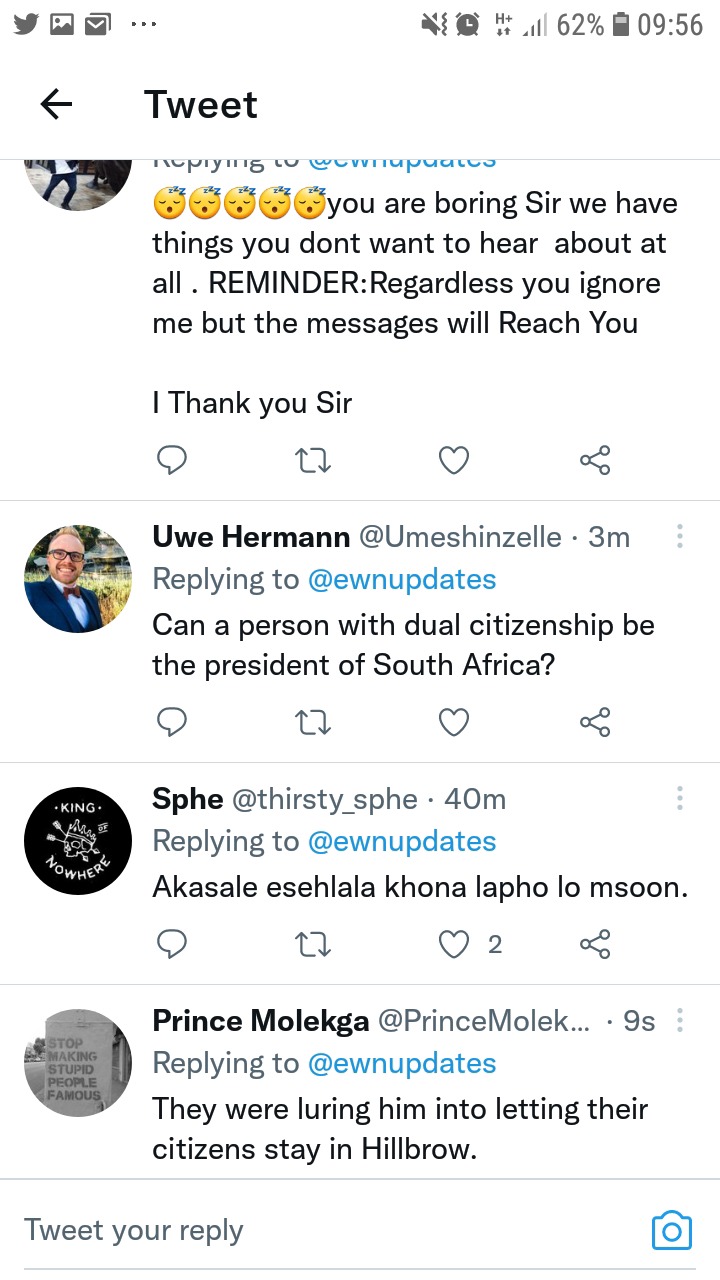 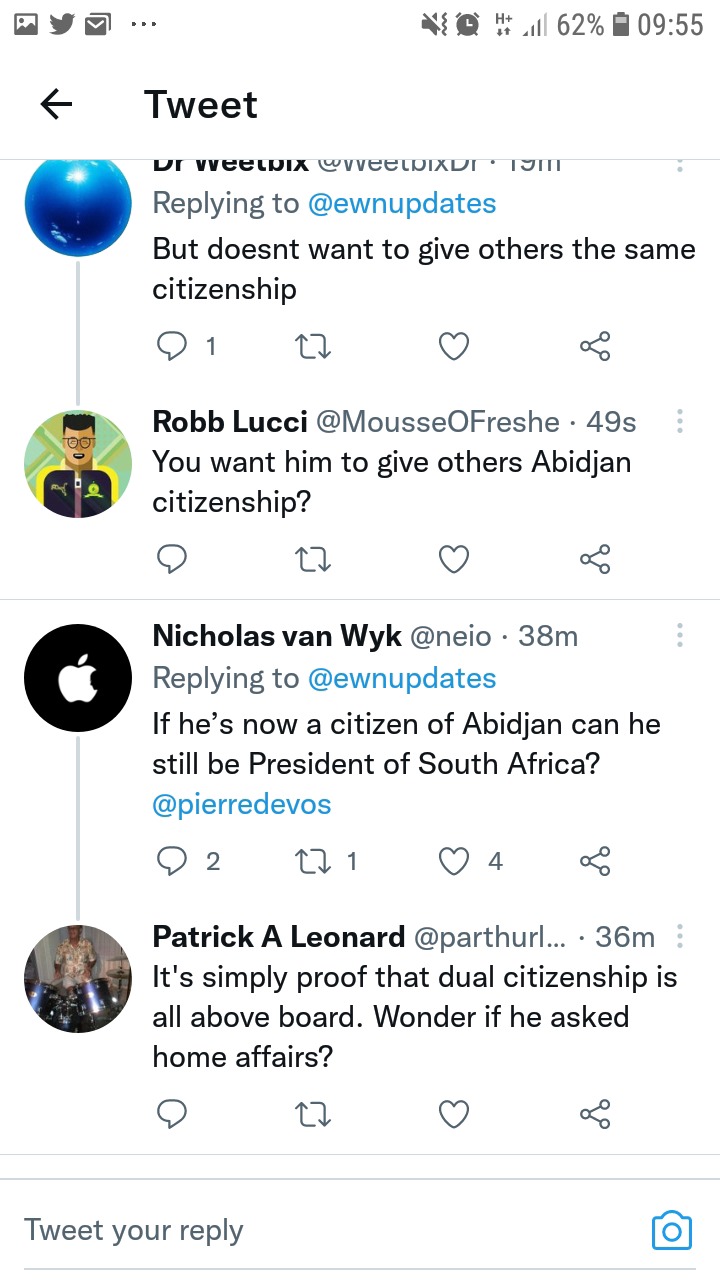 The South Africans are divided over the citizenship that was granted to Cyril Ramaphosa,some are of the view that the Ivory Coast government wants to lure Cyril Ramaphosa into giving their citizens residing in south african the citizenships,while some are saying the president can very well stay there forever as his administration had failed the south africans.South Africa is one country that has millions of foreigners within its borders,some of this foreigners wish to have the country's citizenship to an extent that they go the fraudulent way to acquire them.It is quite surprising that the person who for the first time visited the Ivory Coast was granted with the citizenship,Ivory coast,like any other country have the foreigners within their borders,of which some of these foreigners have been staying in the country for a very long time but they are struggling to acquire the permanent residency status or the citizenship of Ivory Coast.

What do you think may be the motive behind Ivory Coast government to grant the citizenship to the president of South Africa Cyril Ramaphosa?