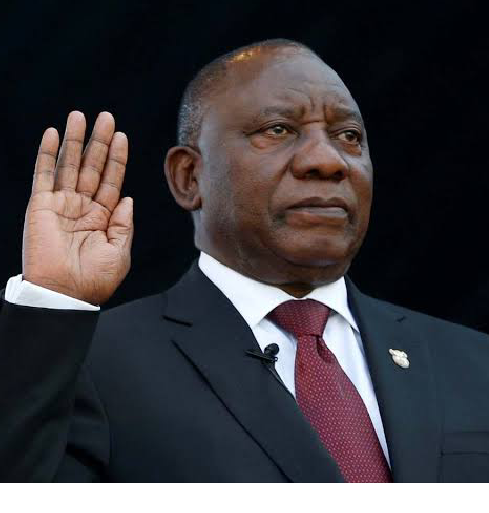 President of South Africa and @MYANC His Excellency @CyrilRamaphosa. As members of the ANC, we must be vigilant of the wedge drivers who seek to divide the ANC. We should not be influenced by the opposition on how to deal with affairs of ANC.

The oppositions are people in the @MYANC like ace tony Carl bongo above-mentioned and co…you guys don't need any other opposition to take your down, Those you counted are ANC members not inside opposition wt.

As the ANC we will deal with our affairs internally, This one will be jailed soon, it will be worse than Zuma. The country is united on the PhalaPhalaFarmgate saga. As members of the @MYANC we must be vigilant not to be disconnected from the country. The ANC was divided by Thabo Mbeki who is the creator of factions within the organization. My love for ANC won't blind me into accepting a president whose administration is in a plot to turn this country into a failing state, just make sure SOEs are privatized. ANC has been voting with DA since Thumamina era started. White people are happier with this administration. 100% white owned businesses can do business with government. And when it comes to the affairs of state?

You now moved from talking about 'affairs' to 'he'? Who is 'he' you are asking me about? In your sub conscious level, you know that 'he' has done wrong & you even ask about him, even on issues you did not explicitly indicate that you're talking about him. Who is that 'he'?

Agreed leadership. On a flipping side, le rona a re itshware gentle, respect the rule of law and also respect and implement ANC resolution without been selective, He's not forthcoming about the furniture money, we had high hopes, but Cyril is no different from Zuma. If you're innocent, you always tell your side of the story even if you're under investigation because the truth doesn't change. But if you fear to incriminate yourself, you won't.