A South Africa media and news channel said in their Twitter account @eNCA that " there was a tense exchange as police minister Bheki cele met Gugulethu resident today. Action society accused him of neglecting the Western cape. The group want policing devoted to their province. 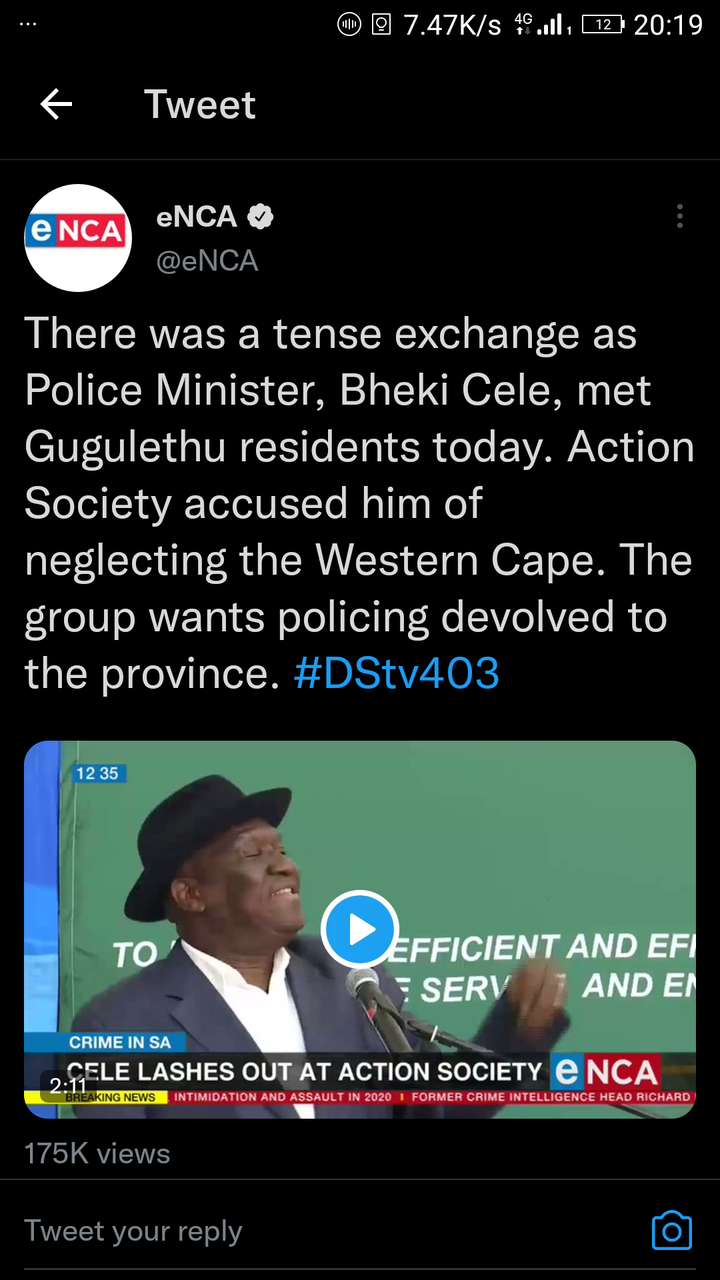 The Action Society accused of neglecting western cape and this made him burst in anger lashing out At the society. The match against him made him remember his bad day when he want to prison. Before Gululethu resident interrupted him and he busted out in anger telling him to "Stop up or he get out."

Action Society also posted in their Twitter account that Minister Bheki Cele is endangering the live of our Children. He list of failure is endless. That SANS should support their campaign #CeleMustGo which has gotten 50,000 match. This is really a controversy the @ActionSocietySA listed all the incident illegal immigrants and police has done saying this was all cele failure. 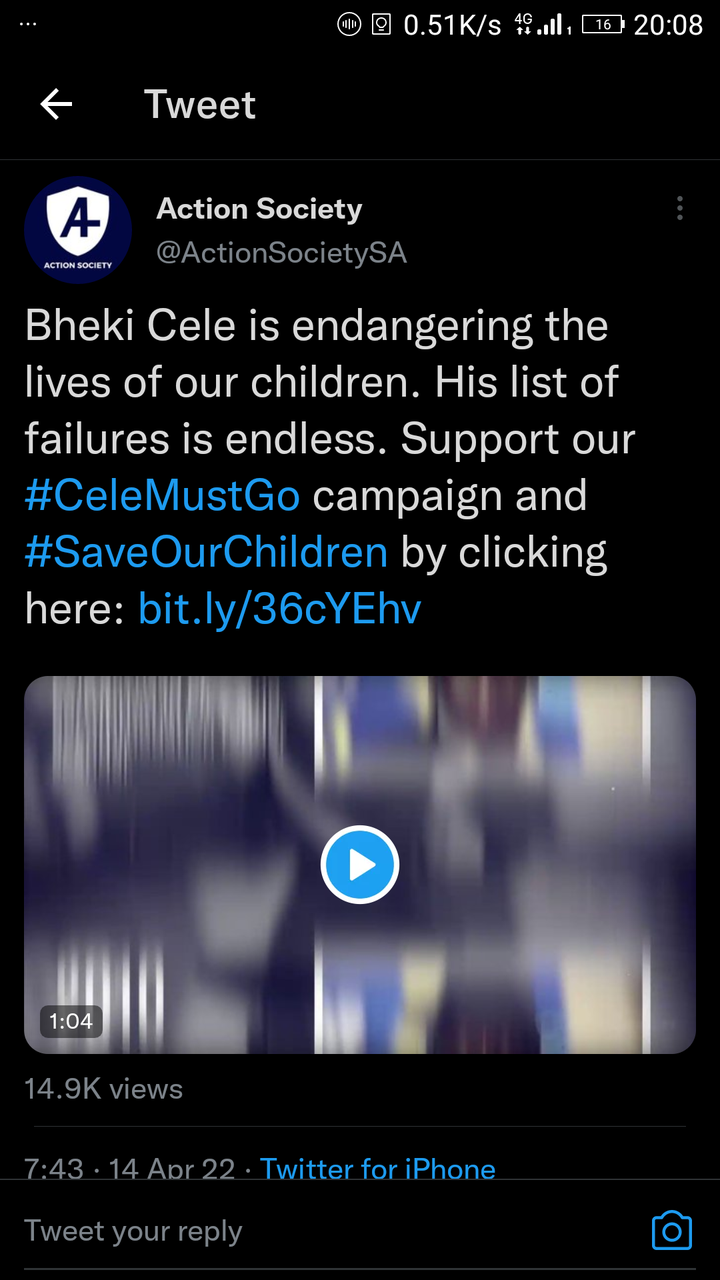 Below are the Comments of South Africans that Commented on the video on Twitter. 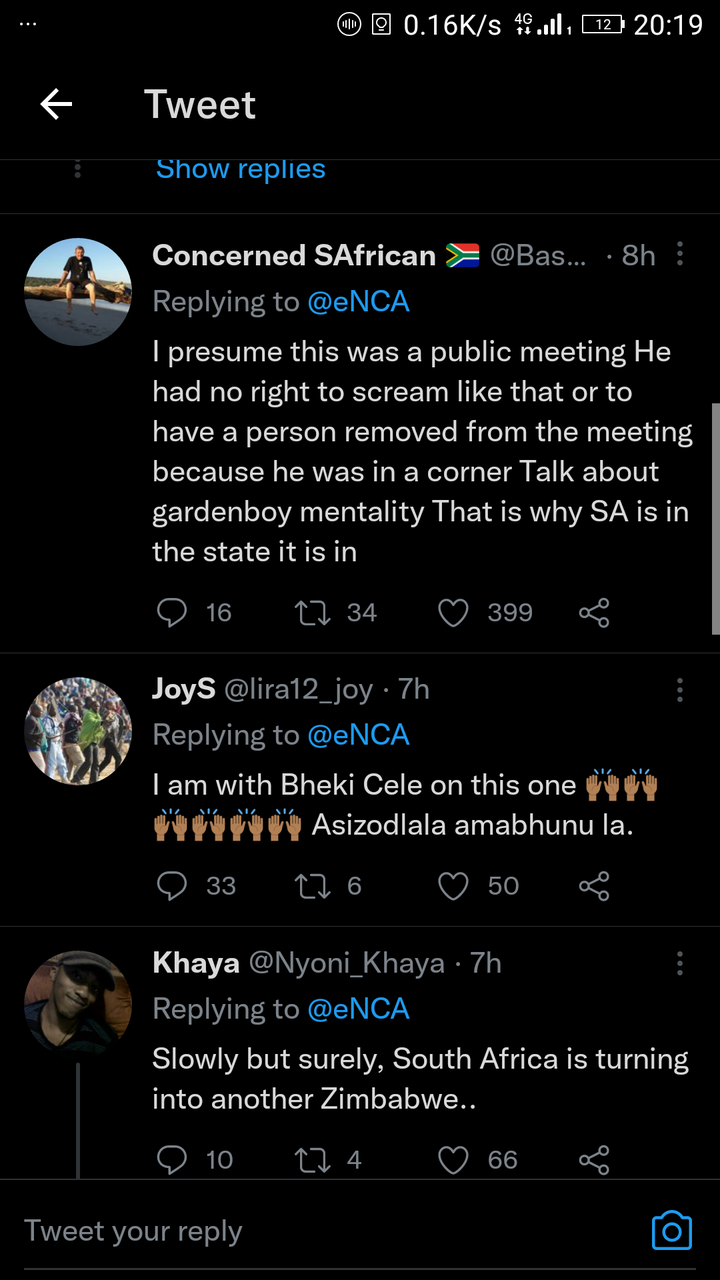 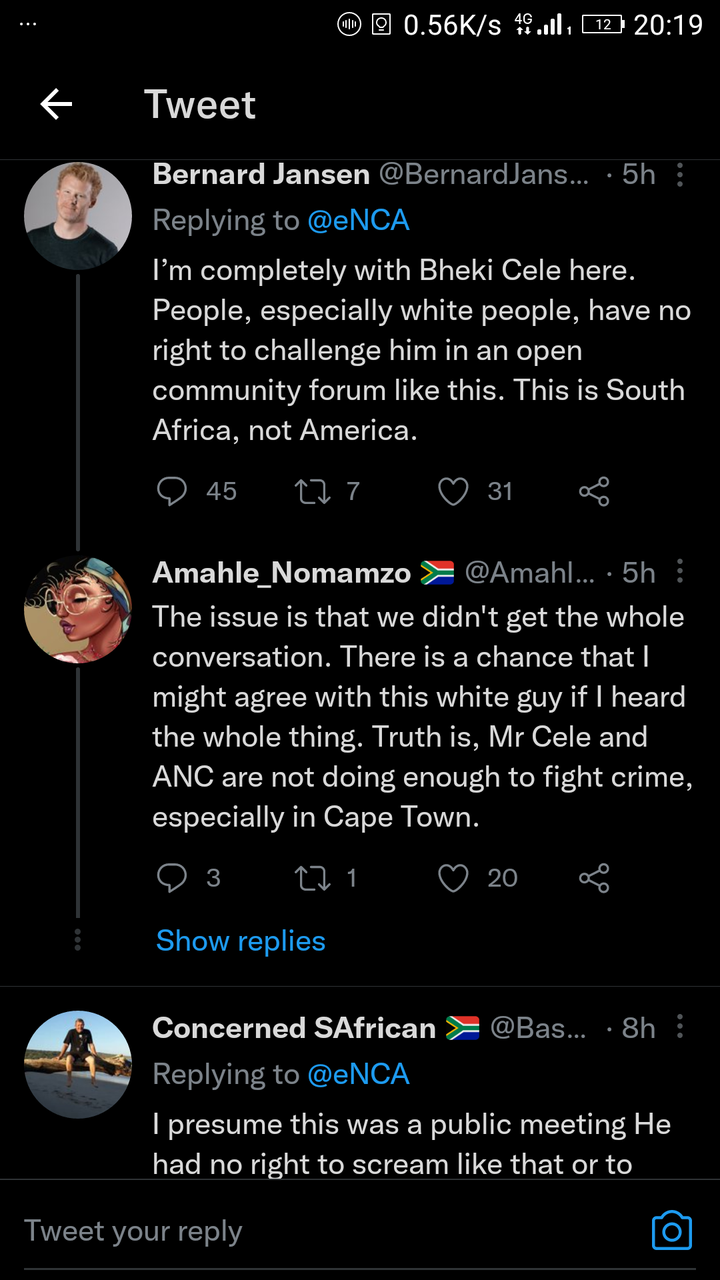 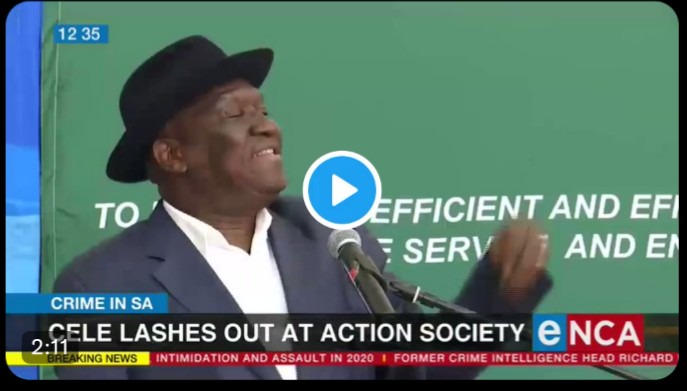 Check Out The Age Difference Between Minister Bheki Cele And His Wife, Thembeka Ngcobo.

Concern over tampering of phones, emails at Public Protector's office

PHOTOS: Meet Sophie Ndaba's daughter who looks exactly like her

"My resting place in Gauteng." A lady posted on social media leaving many impressed. See comments.