Elections are an opportunity for all South Africans to vote, and put in power the party they feel will serve them. Municipal elections especially give opportunity to elect a party that will deliver services to the community.

South African have been complaining, and airing their grievances all over twitter and other social media platforms. That's why the biggest moemish of this year's elections is: 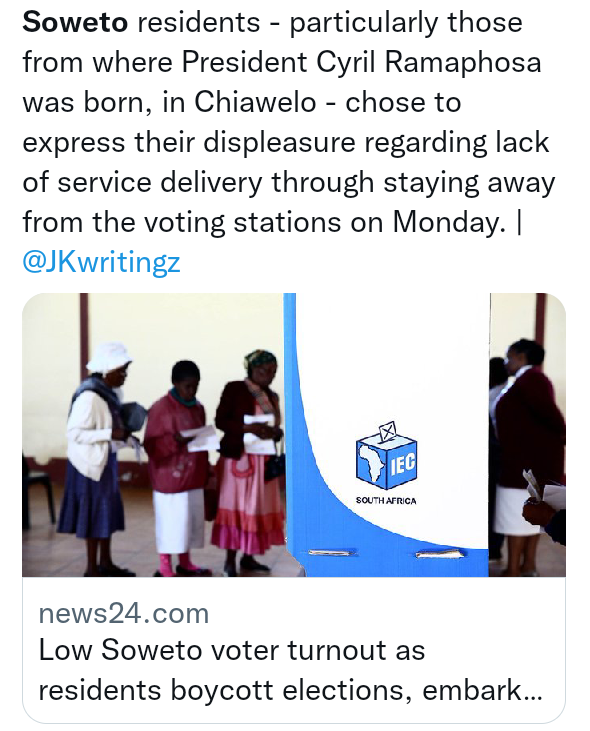 This is estimated to be the year with the lowest voter turnout in the history of (a democratic) South Africa. The youth in particular stayed away. It seems the elections are not fashionable enough for South Africas future, but before we judge them, let's consider the why people stay away from elections. Leading us to the second moemish of this year's municipal elections 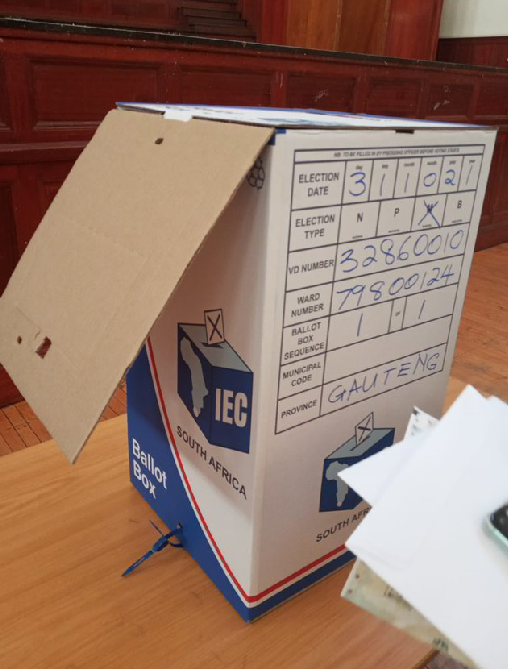 South African voters may have lost confidence in the IEC, and its ability to ensure that the elections are free and fair. Every year there are reports of unsealed ballot boxes, ballot turning up mysteriously, voters being turned away, and ballot papers that have already been filled turning up. This year was no different, Some voting stations reported unknown ballot boxes found, unsealed ballot boxes, and there are even footages of IEC officials from the voting stations transporting ballot boxes in their personal vehicles. These compromise the accuracy of the elections results. The elections process is supposed to be fair, and without any interference from any party. 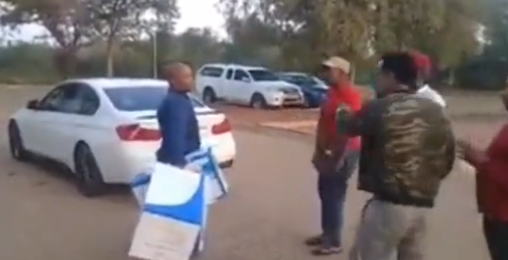 Footage of Hellen Zille (Of the DA) being man handled and escorted out of a voting station in the Eastern Cape are all over social media. It is alleged that the incident occurred because the party affiliate was canvassing and promoting her party inside the voting station; which is prohibited. On the footage, Hellen can be heard yelling at the policeman to let go of her. The jury is still out on whether the police were right or wrong in their handling of the situation is still out.

Some voting stations had to start late because of service delivery protests. Protests during elections have become a norm in the country. These also involve residents in certain areas demanding that voting stations should remain closed in attempt to boycott the elections. While service delivery is super important, boycotting the elections is clearly counter productive. The opportunity to vote gives every community the power to remove non performing leaders. 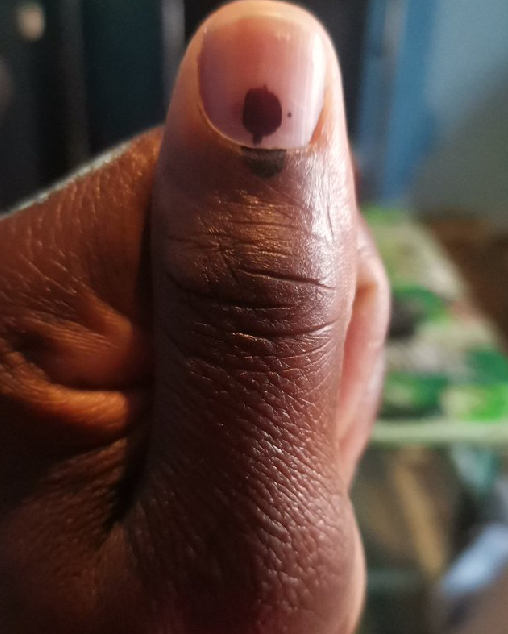 Image: a marked finger after voting

If there are no pictures, did it even happen? Well South Africans seem to take that perspective in everything they do. If we're not taking pictures of HIV results, we are taking selfies of marked ballot papers. It seems your vote is no longer your secret.