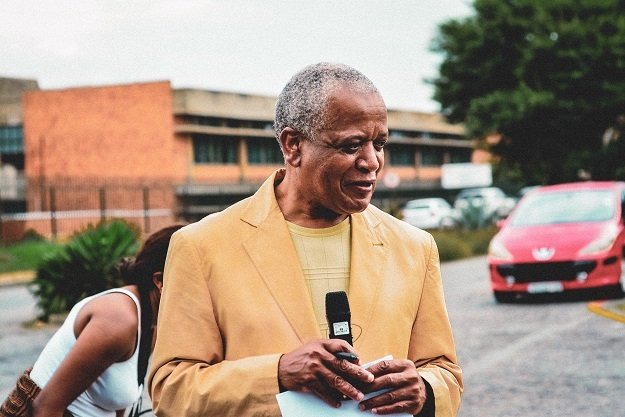 It's been said that Thabo Masebe, who worked in the office of the Gauteng premier, was a public servant who worked with pride and grace.

When Masebe died on Monday night, the news was spread.

David Makhura's acting director-general had been working in his office for years; he has worked for the state for many of those years.

If you want to know more about Kgalema Motlanthe, you can ask Masebe about that, too. 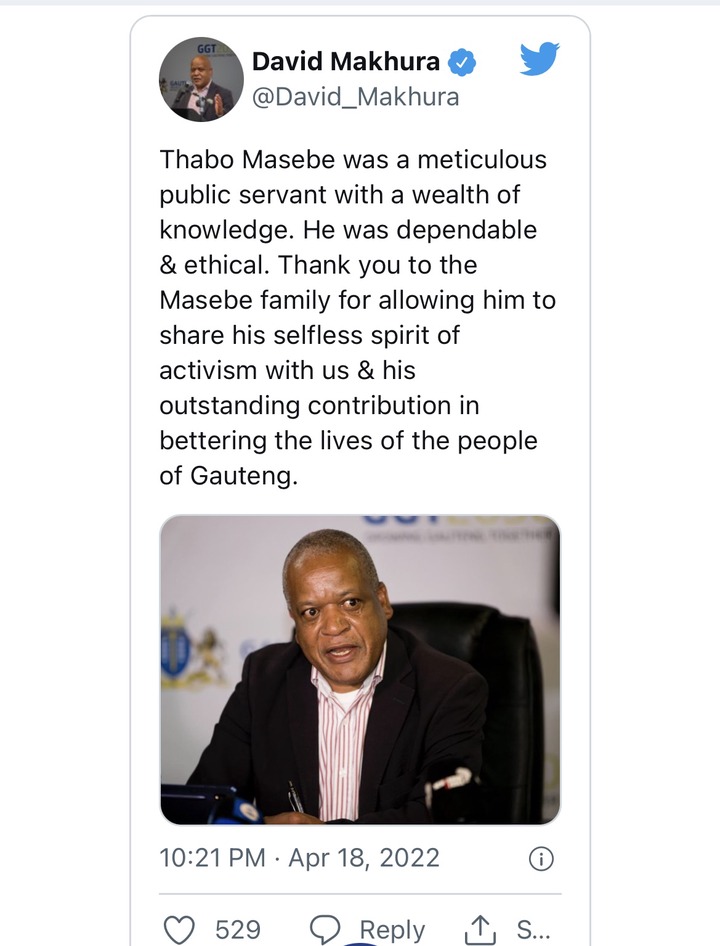 Phumla Williams, the head of government communication and information systems, said that Masebe had worked hard to help South Africa.

The people of South Africa loved Masebe because he worked hard to help them.

Politicians say that the country has lost a man who served the country. Boyce Maneli, the chair of the Portfolio Committee on Communications, says that

Then, read. An official in the Gauteng government, Thabo Masebe, has died.

It was said that Masebe would be remembered for having a lot of knowledge and being willing to share it.

"Masebe was open and honest, and he was always willing to share his knowledge about government communications. As long as he was humble, he never took sides. He was always on the side of what was best for the people.

"He truly lived by the "batho pele" principles." His legacy is one of hard work, honesty, and great communication skills, the IFP said. "He always tried to keep the information gap between the executive and the people as small as possible," the IFP said.

The ANC caucus in the Gauteng legislature said that Masebe had done a great job at the "art of communication" in a soft-spoken way.

"During his deployments, he did everything he was asked to do by his organization, the ANC, with full dedication and unwavering commitment." His work ethic and discipline "made meritocracy a real thing," it said.

Makhura said that Masebe was moral and that he had a selfless spirit of activism.

There will be an event for Masebe on Thursday.