By HomeAway (self media writer) | 15 days ago

Jan Sithole, the late former powerful unionist and President of the Swaziland Democratic Party(SWADEPA) initiated a political dialogue with the King before he died.

Sithole who believed in peaceful political engagements, revealed this in a WhatsApp message he sent to Swaziland News editor Zweli Martin Dlamini after King’s Office Chief Executive Officer(CEO) Chief Mgwagwa Gamedze used the State controlled media to deny any correspondence from the Political Parties Assembly(PPA) requesting a dialogue with the King. 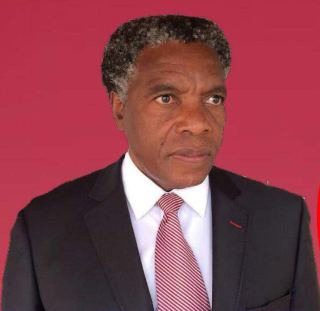 Sithole and the other PPA leaders from PUDEMO, Sive Siyinqaba, SWADEPA and NNLC among others wanted to engage in a political dialogue peacefully with the Monarch to avoid a political chaos, however, King Mswati rejected their proposal.

“Hi Chief, I am sure you will be interested in hearing from us as the PPA leadership if indeed the letter seeking urgent National political dialogue between the Monarch and the political leadership was really communicated to the Kings Office. I am saying this because Mgwagwa seemed to say they were clueless and haven't received same. I will post to you a screenshot of the email sent to the King's Office and copied to the Prime Minister”, read a WhatsApp message sent by Sithole to the editor.

Reached for comments, NNLC President Sibongile Mazibuko confirmed knowledge of the email that was sent to the King’s Office.

“It’s true that we tried to request a dialogue with the King before approaching SADC, we have evidence of those letters”, said the NNLC President whose organization is part of the Political Parties Assembly(PPA). Meanwhile, King Mswati firstly told the Nation that he would never dialogue with Swazis whom he referred to as dagga smokers, however, he allegedly agreed after being pressured by SADC Troika Chairperson Cyril Ramaphosa.

The refusal by the King to demonstrate leadership and engage in a dialogue with those who are calling for democratic reforms resulted to a political chaos, dozens of civilians were shot by his soldiers while some protestors burned structures.