The ANC had its exceptional National Executive Committee Lekgotla (NEC) meeting, which is probably going to zero in on the party's inability to enroll applicants in different towns, among different issues. 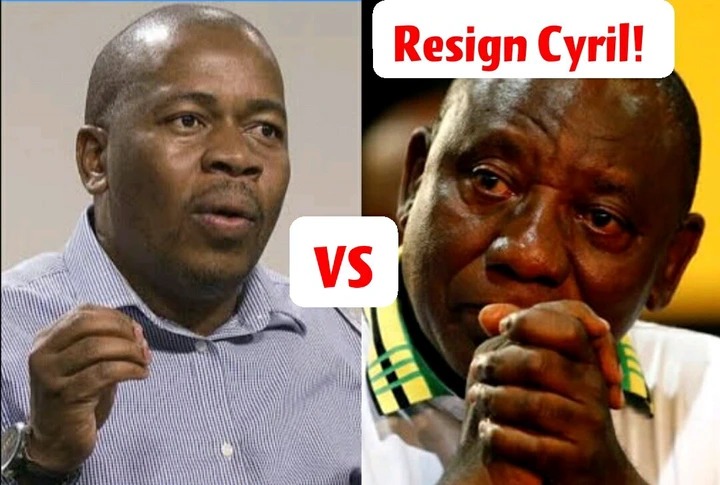 The gathering started on a lighter tone when President Cyril Ramaphosa gave his political outline, which included asking NEC individuals to prepare themselves for analysis from the Zondo commission of investigation into charges of state catch, whose report is expected out in half a month

Ramaphosa additionally referenced the requirement for the party to energize support in front of the eagerly awaited nearby government races in October, in which the party is relied upon to lose something like 34 districts.

In any case, apparently, Ramaphosa didn't make some simple memories at the gathering, as sources inside the gathering who would not like to be distinguished said the President got a solid reaction from ANC Ekurhuleni provincial director Mzwandile Masina.

Masina is said to have shown up ready to brawl against Ramaphosa and the whole top 6, requesting that they quit and the party be disbanded because of the current emergency.

This would involve, in addition to other things, the party's powerlessness to pay the pay rates of its laborers who protested a couple of days prior.

Masina's allure for abdications would have been affected by the inability to enroll competitors. The tweet beneath subtleties what occurred during the three-day virtual gathering.

"During the NEC meeting, Mzwandile Masina supposedly requested that President Ramaphosa quit attributable to late occasions. Genuine ANC NEC individuals ought to have asked that the whole top six be broken up in light of the fact that they have neglected to get us to where we are currently "On them, an ANC RET Champion with the handle @Economic Rebel tweeted.

Regardless, it should not shock anyone that Masina has never been philosophically connected with Ramaphosa; he is an impassioned ally of RET and, therefore, aligns with suspended Secretary-General Ace Magashule and previous President Jacob Zuma.

He was one of the most vociferous allies of Dr. Nkosazana Dlamini-Zuma before the 2017 Nasrec meeting, and he even went crazy and impulsively vowed to stop from his Mayoral situation in Ekurhuleni if Ramaphosa won president, a guarantee he won't ever keep.

It's hazy what sort of counter-contentions other NEC individuals, especially those lined up with the president, may have offered, yet his case probably been dismissed, as the NEC is supposed to be overwhelmed by individuals from the CR group, who might not have noticed such an implausible idea that could toss the country into mayhem.

Do you trust Ramaphosa and the ANC's main six ought to leave, as Masina claims, since they have fizzled in their obligations?

Leave your considerations in the container underneath, and remember to educate your loved ones regarding it.