Some pictures that are posted on social media will make you question the person who posting them as to what do they want to achieve through that post. That's the situation Dudu Zuma-Sambudla. It's without a doubt that during the unrest when her father, former President Jacob Zuma was arrested, her intentions were clear through her social media posts. Her favorite caption was "We see you". It's pretty obvious that she wanted to make things worse in order for her father to be released from prison. This resulted in the deaths of more than 300 people throughout Gauteng and KwaZulu-Natal.

It's funny how Sphithiphithi Evaluator was arrested for inciting violence when she never did anything wrong however the likes of Dudu Zuma were never arrested. In her latest social media post, which is still unclear, she posted a picture of herself posing on the wall. The shirt she is wearing as the caption, "My soulmate is black". If someone is talking about soulmates it's obvious that the topic is about love, however as it stands with Dudu Zuma, she is a divorced woman. 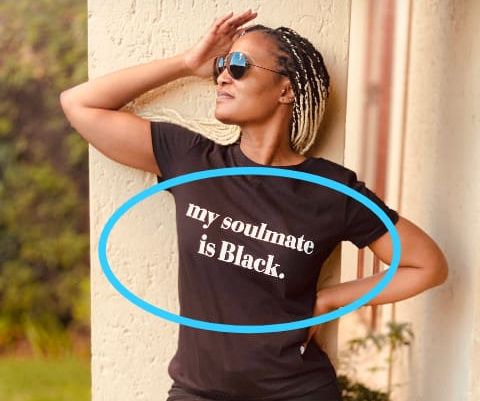 This post has caused a lot of mixed signals and has attracted a lot of man to her post, who all are asking to be in a relationship with her since they are also black. As they were all asking to be her soulmate, there was a certain Twitter user telling people that they shouldn't be in a relationship with her because all she ever does is Tweet on her phone. 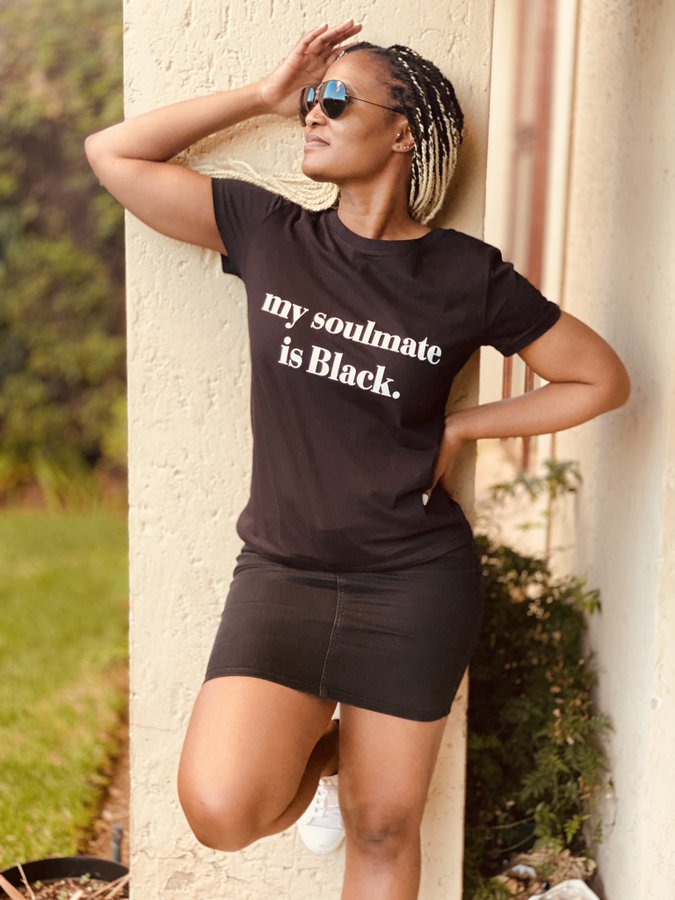 I guess that's fair enough. In all of the protests that demanded Jacob Zuma be released from prison, she was nowhere to be seen. The only place she could be found on was Twitter. She surely is the Queen of the keyboard warriors. 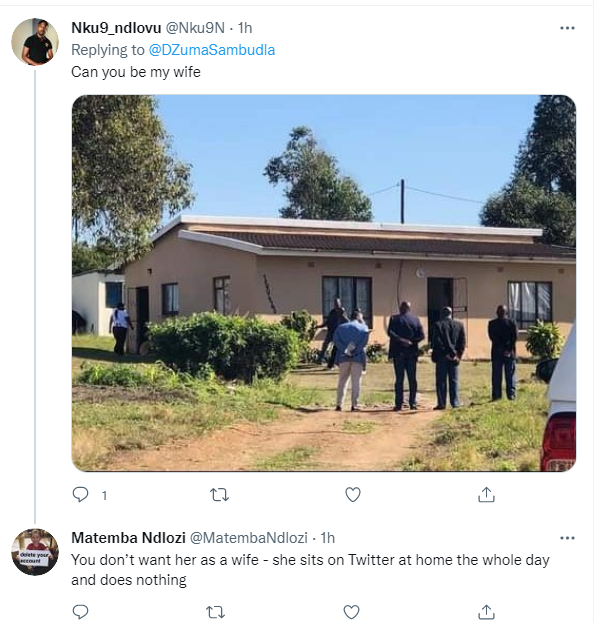