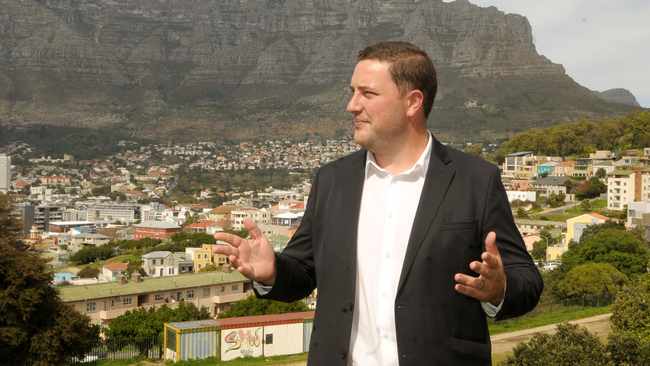 Cape Town – Geordin Hill-Lewis, the DA City of Cape Town mayoral competitor, has not been hindered by the "frivolous put-downs'' of Minister of Public Works Patricia de Lille in his obligation to battle for more moderate lodging through the arrival of enormous parcels of government land.

Last week, Hill-Lewis wrote to Minister De Lille mentioning her to drop the rent over the Acacia Park parliamentary town so the City of Cape Town can purchase the land and delivery it for the advancement of moderate lodging.

Slope Lewis said in an assertion his call for ''houses for individuals, not lawmakers'' was not "idiotic" or a "joke", as De Lille had marked it.

What most confused Hill-Lewis is De Lille's excusal of the DA's call to deliver public government claimed land for lodging, when she recently gave the very same bring in February 2014.

''It is a reasonable, feasible call that De Lille has upheld herself before. Her perspectives have obviously changed since her arrangement to the ANC public government bureau,'' Hill-Lewis said.

''Clergyman De Lille might have deserted Cape Town, yet we have not. We will continue battling for more moderate lodging for more Capetonians.

''I dispatched my arrangement to address the lodging deficiency in Cape Town with the goal that more inhabitants can carry on with an existence of nobility. I focused on accelerating the arrival of city-claimed land for this reason.

''I likewise approached the public government to deliver the monstrous lots of land that it possesses or controls, in light of the fact that these parcels bantam whatever else that is accessible in Cape Town for lodging.

''Lamentably, in a meeting reacting to my arrangement over the course of the end of the week, De Lille showed little compassion or comprehension of the squeezing need for lodging of so many Capetonians. All things considered, she excused my require her to deliver Acacia Park as 'moronic' and 'a joke'.

''The framework that as of now exists at Acacia Park makes it a move-in prepared social lodging project – found near significant business hubs, with a school, its own train station, parks and a pool.

''The DA has acquired correspondence shipped off then President Jacob Zuma by De Lille when she was still civic chairman of Cape Town on 6 February, 2014. In the correspondence, De Lille takes note of that 'land possessions claimed by the National Department of Public Works… which whenever delivered for lodging purposes, would assume a critical part in decreasing the lodging excess in the city."

De Lille shielded the proceeded with utilization of the 56.8 hectares of Acacia Park to house MPs on the premise that the National Party likewise utilized this important land for lawmakers, and trained the DA "to proceed to ask the National Party" to deliver the land.

''This idea has neither rhyme nor reason, in any case, as it is the ANC public government – of which De Lille is a senior part – that is in power and has for quite some time directed the proceeded with avoidance of individuals in urgent need of lodging from locales like Acacia Park, just as the Wingfield, Youngsfield and Ysterplaat army installations,'' Hill-Lewis said.

''We have since a long time ago realized that the public ANC government maliciously won't deliver all around found bits of state-possessed land to the DA-drove City of Cape Town.