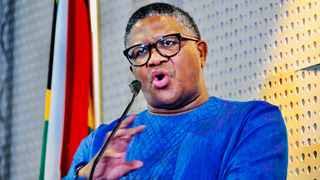 Some things are mistakes and can always be forgiven, even though it doesn't mean they will be forgotten. When mistakes are mostly made in public spaces, they somehow become everyone's business. Fikile Mbalula, who is currently the Minister of Transport, is actually very active on twitter. He is playful to oftentimes on the App. 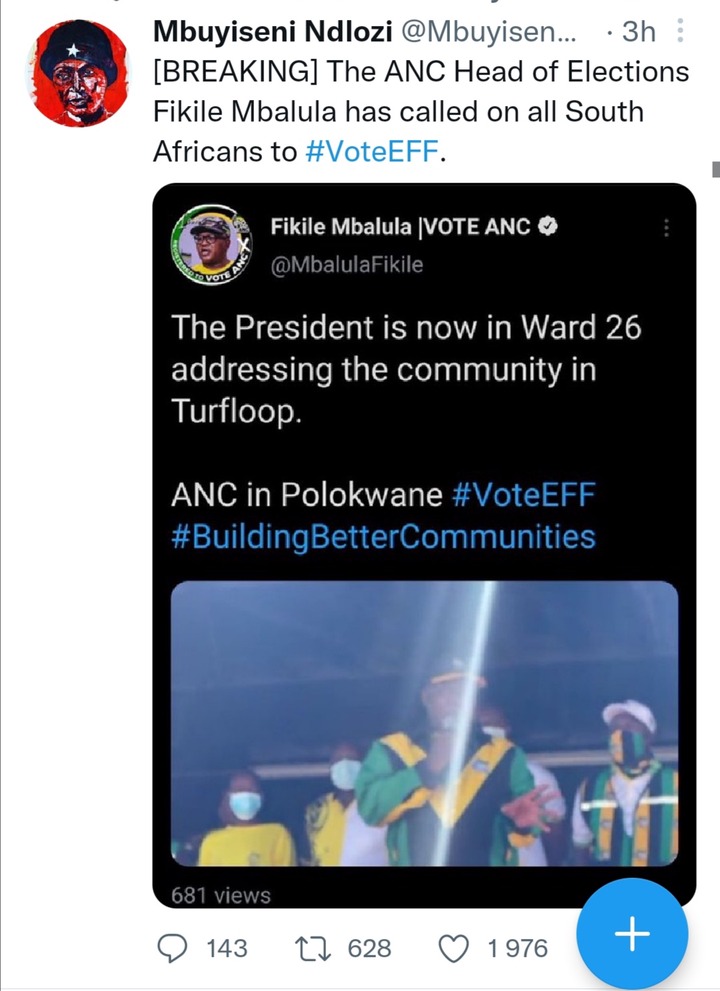 Now that the elections are almost here, like most politicians, he is busy campaigning for his own political party. He does this through social media too, as most of his followers are able to then engage him on Twitter. 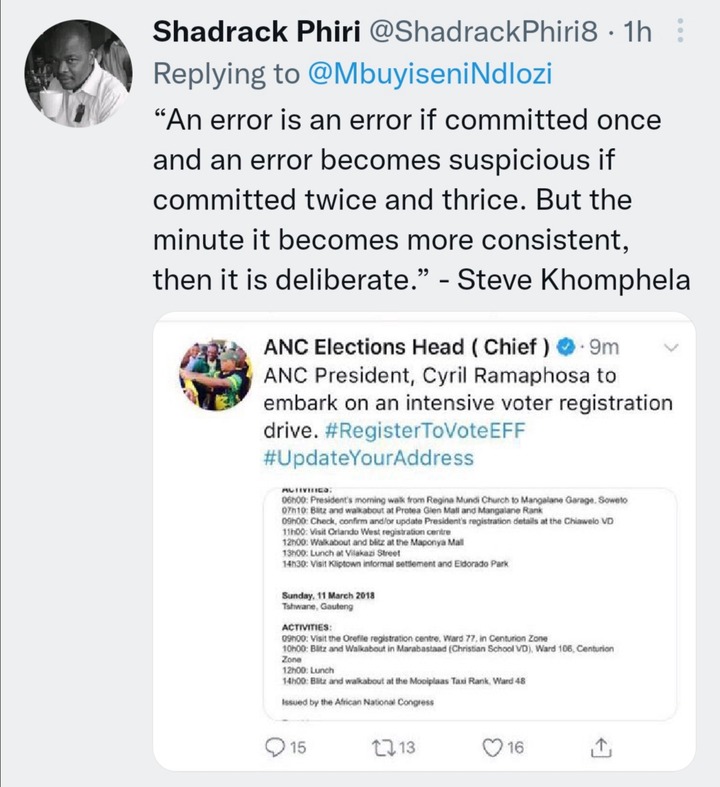 Today he made the biggest mistake when he was sharing or updating followers on where the president was at the time. In one of the hashtags he included the EFF, which is a party that he is not a member of. Some people thought it was deliberate, and questioned why he would make the same error twice if he didn't mean what he was typing. 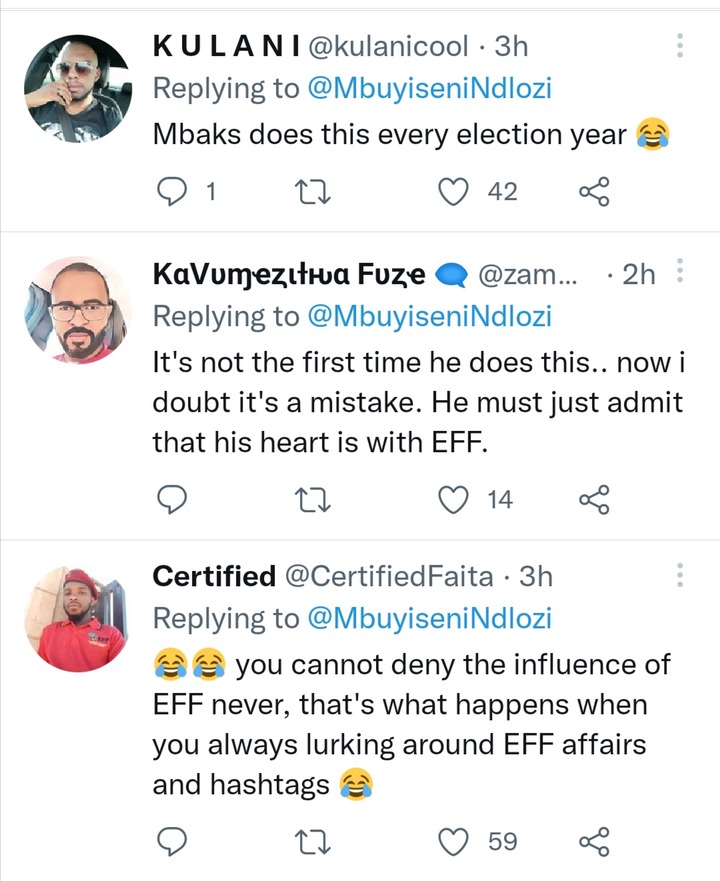 It is not the first time that Mbalula has urged people to vote for the EFF, which is why most people think he is doing it on purpose. Why would he want to sabotage the ANC? The political party that he loves so much? This could be an honest mistake. Ndlozi made sure Mbalula realizes his mistake, when he shared the tweet, and said Mbalula has called on South Africans to vote for the ANC. What are your thoughts on this?  Some have even started thinking that he is secretly an EFF Member and just doesn't want to say as yet. Do you believe that he could be doing this on purpose? It is known that he is friends with Malema, as the two have never tried to hide their relationship, or how much they support each other on a personal level.

Finally || Foreigners are allowed to have documents to stay in South Africa freely.