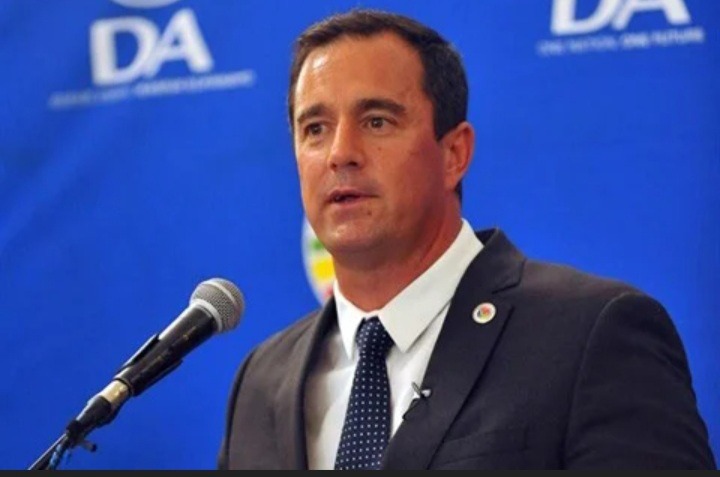 This after he was accused of smirking during a panel debate where host Gareth Cliff dismissed racism struggles as unimportant.

During an Interview on 702 on Sunday, Steenhuisen was inquired as to why he was seen grinning while Cliff basically let one know South Africa Movement part Mudzuli Rakhivhane her lived encounters on race were "totally recounted" and "irrelevant".

"Are we policing individuals' looks in South Africa, I think that it is exceptionally odd in the present circumstance. It resembles accusing a traveler in a taxi on the grounds that the driver of the taxi hopped a stop road and had a mishap with someone.

I was a visitor on the show. I was welcome to discuss administration conveyance, and on the off chance that you watch the full meeting, that is by and large what I did. How Gareth managed another visitor is his business.

"At the point when you begin policing individuals' looks, I truly think we are beginning to hit a new low in South Africa."

He added he was in a room brimming with individuals giving him reports and things to approve during the discussion and his looks might have been coordinated to anybody of them.

At the point when gotten some information about Cliff's remark, Steenhuisen said: "I wasn't there to discuss what they were discussing, and I was there to discuss administration conveyance. I think we have arrived at a new low in South Africa where we are presently faulting one more specialist for an association that occurred between two totally separate people."

He added he was alive to the lived encounters of every South African.

"I don't invalidate anyone's lived encounters. The lived insight of all South Africans must be our anxiety."

In the mean time, Nando's, who supported Cliffs show, delivered an assertion saying it will end its sponsorship of The Burning Platform, following public shock over his remarks.

Zimbabweans Will not Stop Coming to South Africa for the Money Even if we are Killed - Zim Man Says.

Thabo Mbeki rips into ANC Eastern Cape elections and fired shots. Here is what he said