Khuli Roberts left the ATM much earlier than expected: Opinion

Khuli Robert's who has recently joined the political space, had to withdraw from her new adventure and it is believed that it is due unforeseen circumstances. 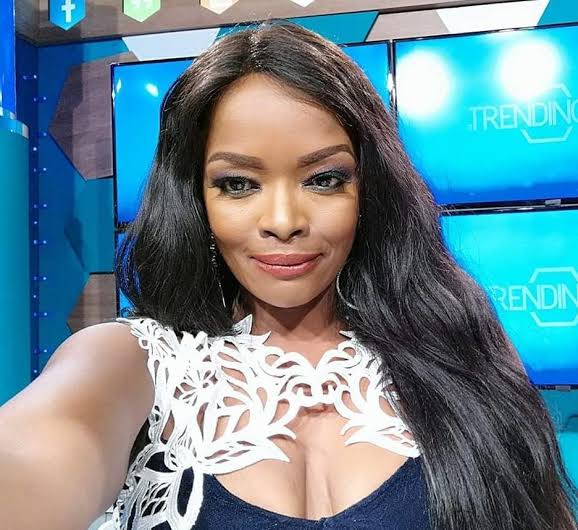 However, we do know that Khuli Robert's was highly critisized for his political move. One of influencial people who critisized Robert's was Ntsiki Mazwai who is known to speak her mind whether you like it or not. She says it like it is. We have seen before were people make such huge change in career moves and it did not end well.

We know that the ATM was very pleased to have her in the party but that was short lived. According to the statement released by the African Transformation Movement, Khuli Roberts can no longer be a member and a ward councilor candidate for the ATM. She had to step down on both the positions and this was due to unforeseen and confidential circumstances.

Many people were saying that she is too old for her to be going into politics and she was given that opportunity of being a ward councilor just because of her status. Going from being a media personality to being a politician and a ward councilor, was not a wise move from the start. Money can make you do all kind of things and it should not be like that. People should learn to stick with what they know and what they are good at. 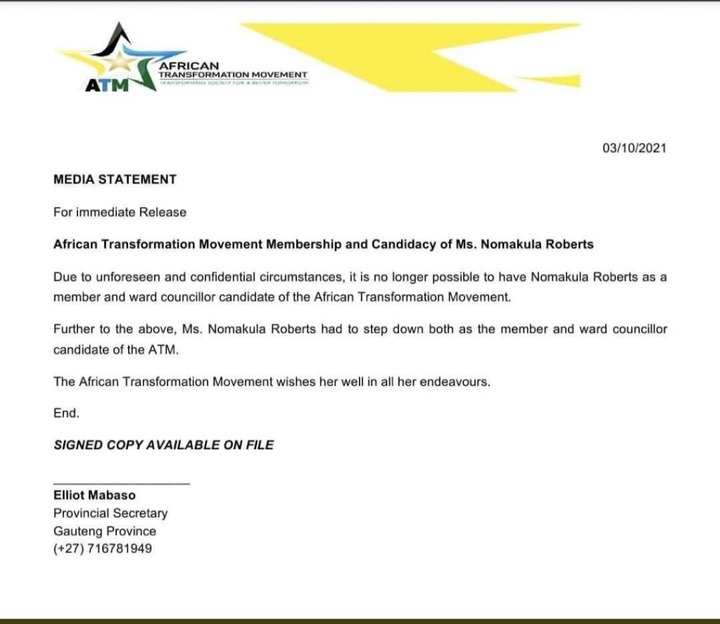 Her departure from the party has been sooner than may have expected. It was seven sooner than she can start with her campaigning duties. When Mzwanele Manyi broke the news on Twitter about Khuli Roberts joining the ATM, it was like they have already won the elections. He made the announcement with such enthusiasm but unfortunately it was not meant to be.

ATM is a small party that is still trying to get more members and with the presence of Khuli Robert's and her influence, ATM might have changed for the better and even grow.