The ANC’s Head of Elections Fikile Mbalula tells people to vote for EFF, on Sunday, Mbalula tweeted “The President is now in ward 26 addressing the community in Turfloop. ANC in Polokwane voteEFF #BuildingBetterCommunities. He deleted the tweet after some time and retyped the same tweet, replacing the vote EFF’ hashtag with a ‘vote ANC’ hashtag 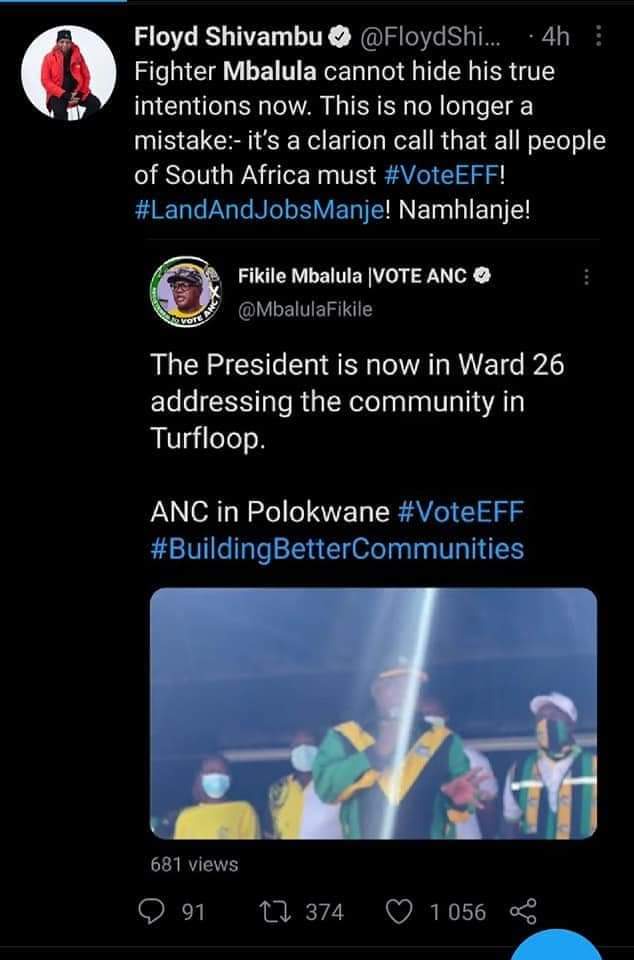 ANC members vote for EFF or DA especially the ones that are not corrupted no anyone sane could vote for ANC, you'll have to be drunk, ignorant, dirty, corrupt and think that its ANC money doing everything in the country while its taxpayers. But most of anc leaders said they want and to loose so it can be rebuild again, he was crc something is wrong in the ANC they know it 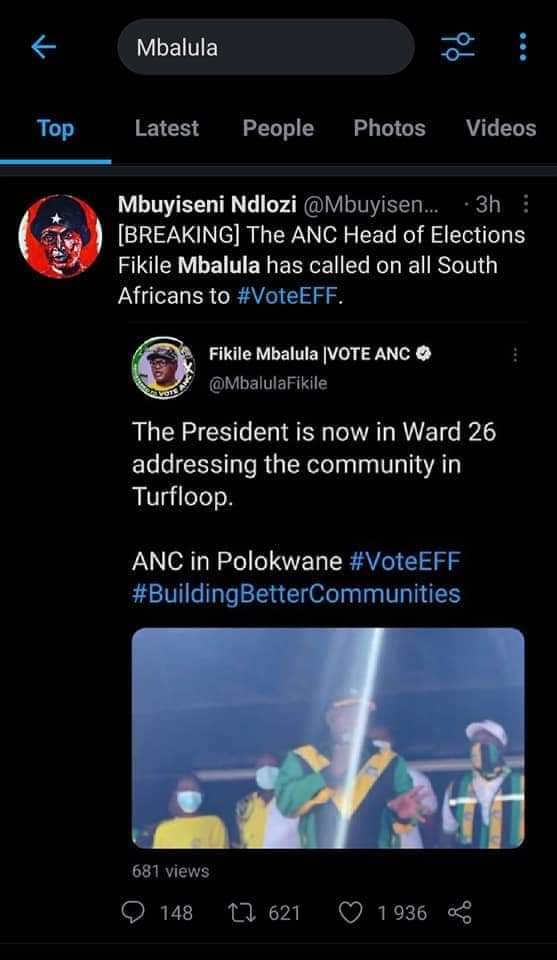 Minister of Twitter, we basically paying this man to post rubbish all day with our taxes. No wonder the transport sector is in mayhem, look at our pothole roads, the run down trains and buses, an airline that hardly exists, filthy railway stations, those thats not looted, ORTIA lost its hub status thanks to this uncle. First he told Somizi about the president speech now this, it's true age is just a number 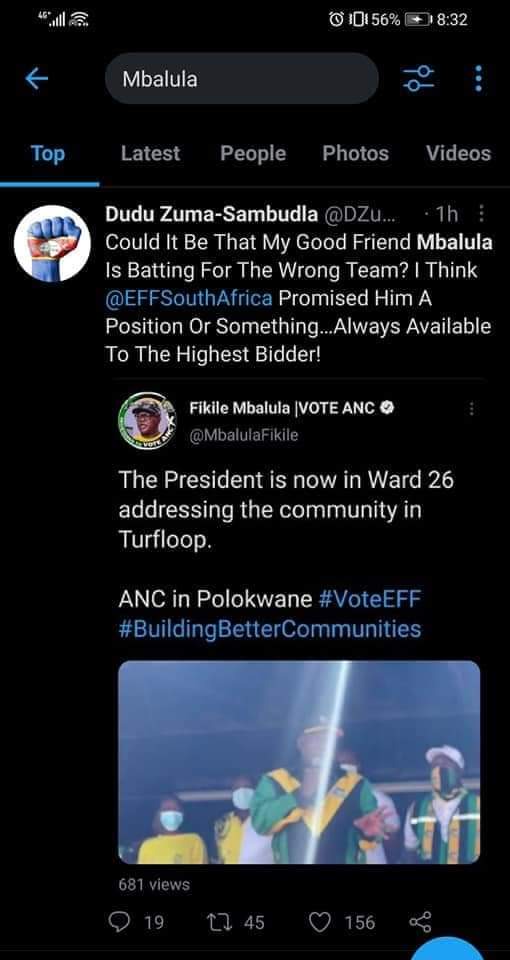 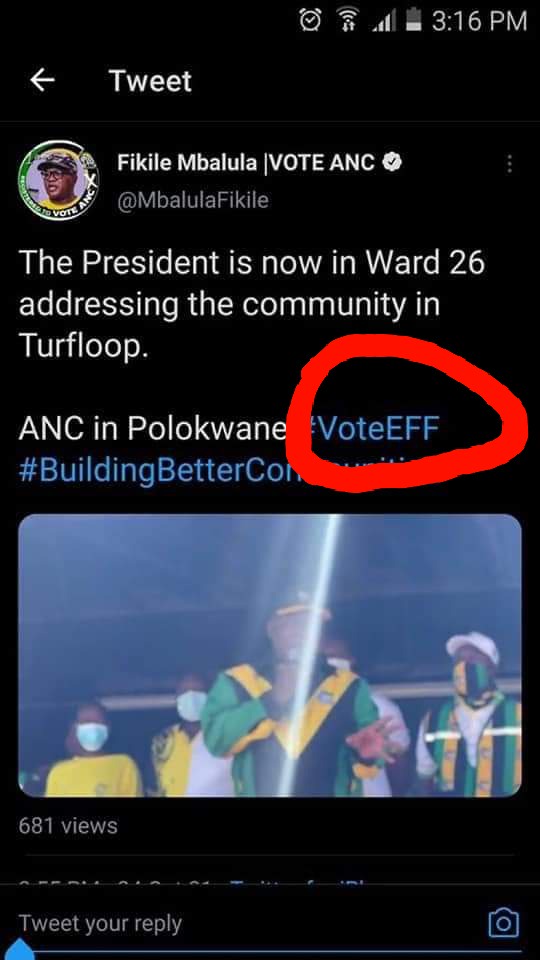