Dr Zweli Mkhize's presidential campaign has been blasted by an ANC heavyweight in North West province as divisive and worrying for the governing party.

Among other things, Paul Sebegoe opined that Mkhize is attempting to paint himself as a victim of corrupt law enforcement authorities.

"The candidacy of Mkhize will not only serve to further divide the ANC, but if successful, will lead to the defeat of the organization in 2024," the provincial ANC top whip wrote in his personal position as a member of Ward 11 in Rustenburg's mining town.

The umgcagco (Zulu wedding ceremony) of his son Dedani and his wife, Sithokozile Mthembu, took place over the weekend, and Mkhize, who is embroiled in the Digital Vibes corruption tender scandal (which he is trying to set aside in court), accepted an endorsement from traditional leaders to run for the position.

Traditional chiefs gave Mkhize a leopard hide as a gesture of support, and Mkhize stated he could not reject a summons from the people.

He then used the chance to talk about a campaign he claimed was aimed at removing him from consideration for the post. There were "strange" questions he had to answer every day from the media, he told me.

When he was premier, he was questioned about a controversial circumcision program that used a device imported from Malaysia, as well as regarding political violence in Richmond in the 1990s.

I say, 'Let the law and the investigators do their work.'" It's possible that even after answering some of the inquiries and going to court (to clear your name), additional problems will arise. 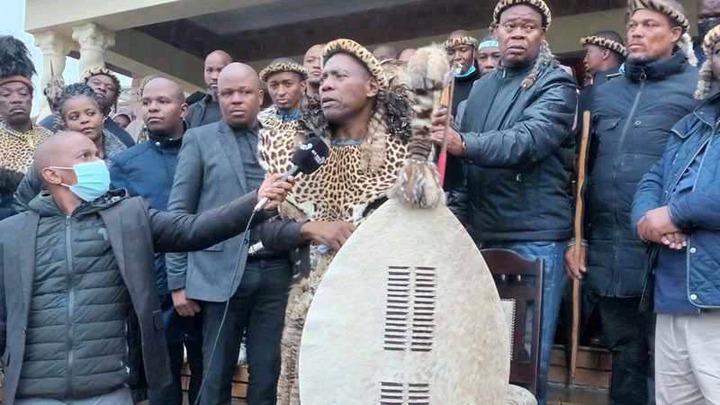 There are certain political leaders who are working with large corporations to unleash private investigators and journalists to scour the globe for anything they can find. Mkhize reminded the gathering that had gathered to hear him speak that he had a long list of questions from journalists to answer right now.

In Sebegoe's view, Mkhize made a "opportunistic move" by taking advantage of the situation.

In a statement, Sebegoe called it a "opportunistic measure that will surely damage the unity and renewal initiative, aiming among other things at restoring public confidence in the African National Congress."

By adopting the "step-aside" policy, the ANC National Executive Committee (NEC) sought to ensure that those who face criminal charges would not be able to hold senior positions in the organization or serve as elected officials, he said.

Mr. Mkhize should put the interests of the ANC above his own, said Mr. Mkhize.

To that end, Sebegoe argued that individuals within the organization and those outside it should be concerned about its future orientation if it is led by people who have been embroiled in major allegations of fraud, corruption, and money laundering in one way or another.

They claim to be familiar with the strategies Mkhize is employing to win over the public's support. Sebegoe

The "concocted narrative" implying the use of governmental agencies to conduct political conflicts aimed at misrepresenting facts by those who don't want to be held accountable is well-known to us all.

Only until Sebegoe's section has digested his own ideas would the campaign of Mkhize be interested in hearing from him. However, they stated Sebegoe should "go and seek attention somewhere else" till then.