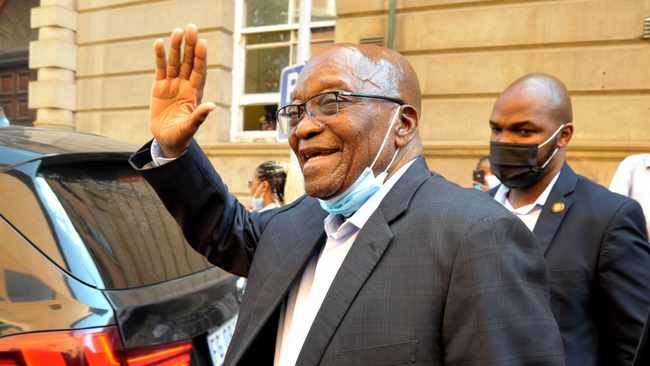 Former president Jacob Zuma's supporter who is not happy about the allegations that the National Prosecuting Authority used foreign spies and other third parties to strengthen their case against Zuma has revealed that the former statesman can shutdown South Africa if he wants to.

The former president Jacob Zuma, who laid criminal charges against state prosecutor, Billy Downer has accused the National Prosecuting Authority (NPA) of using foreign spies and other third parties to strengthen its case against him.

Jacob Zuma is battling with the NPA over his arms deal corruption case which he pleaded not guilty to.

Zuma also revealed that he did not benefit from the arms deal, but indicated that the late former president Nelson Mandela and his Foundation benefitted directly from the deal.

Among some of the allegations detailed in an affidavit Zuma made at Loop Street Police Station in Pietermaritzburg where he laid criminal charges against senior state prosecutor, Advocate Billy Downer, Zuma accuses Downer, who is a lead prosecutor in the former president’s arms deal corruption case, of leaking his personal information to third parties.

"I have no doubt that beyond the criminal conduct involving the leaking of confidential information to persons outside the NPA, the scope of the criminal conduct is far wider and in the course of a diligent investigation, the SAPS will discover clear evidence showing the prosecutors, investigators and other person's involved in my case," said Zuma.

Zuma's right hand man, Mzwanele Manyi said the charges that Billy Downer is facing are serious and punishable by law.

Although his supporters have been calling for a sabotage to the current ANC leadership due to the manner in which they allegedly left Zuma "out to hang dry" and take the fall for the arms deal were tolled back in line when the former president said they should vote for the ANC.

Zuma's supporters however believe that the former president commands a huge following and can shutdown the country if he wants. 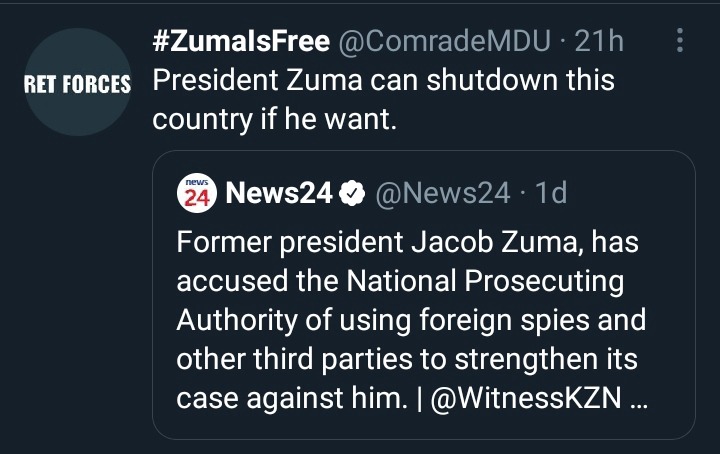