WATCH VIDEO : Mayor And Councillors Fighting In A Meeting, Jacket Flying Over Microphone. 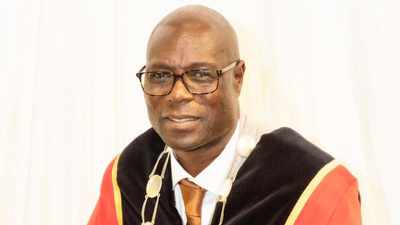 The first strike between Okhahlamba mayor, Bergville, and councilors has been marred by a heated meeting that ended yesterday morning.

In one of the videos circulating on social media, it shows Mr Vikizitha Mlotshwa wrestling with councilors, flying jackets, over a microphone.

There was such a commotion at the meeting that Mlotshwa finally left the table where he and the council leaders were sitting and walked out.

Mlotshwa confirmed that he was the one seen in the video and that the meeting had failed.

He said some councilors had been out of work for two weeks, and their whereabouts were unknown. He said the two ANC councilors, who had been expelled from their party, had written a letter to the Independent Electoral Commission (IEC) informing them of this.

He said the decision was reported to the council and that the vacant councilors' vacancies had been filled.

“Dismissed councilors came to the meeting unfairly, and when we told them they were no longer councilors, there was an uproar. The morning meeting failed, and it was forced to take place using a technology program, ”said Mlotshwa.

He said it was the second time he had missed a meeting because the first had happened on Tuesday. Mlotshwa said at the meeting the vote would be to decide whether to dissolve the council as the IFP had written a letter to the speaker demanding a vote.

Last week, Isolezwe reported that 15 of the 29 councilors in the municipality were on the run after signing a motion to dissolve the council.

They complained of corruption which he said was unbearable, demanding the removal of Mlotshwa, his deputy, Mrs Nothile Shabalala, and Speaker Zamlandela Khumalo.

The councilors said their biggest frustration was the secretive approval of the R1.4 million budget for a failed human rights event to be held on March 12, in Khethani, Winterton.

It's time to dump her and move on.

Video clip on this link : to pic.twitter.com/6Szu7ckNrS

Man Disappears After He Was Paid 286 Times His Salary

What Simba Chitando Had To Say About The Zim Work Permits