By LindaMbamboNews (self meida writer) | 1 months 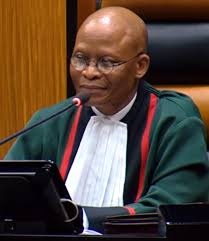 South Africa : The Chief Justice Mogoeng Mogoeng has been ordered by the Judicial Conduct Committee to retract and apologise for pro-Israel utterances he made last year.

In June last year, Mogoeng said he had an obligation, as a Christian, to love and pray for the peace of Jerusalem. He made the comments during a webinar last year. His comment has created public spurt where he was Criticized by International Relations Affair Naledi Pando and other organisations on his public pronouncements of his support of Israel. 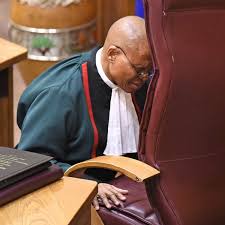 According to the statement issued by JSC this afternoon, Chief Justice Mogoeng Mogoeng has been ordered by the Judicial Conduct Committee to retract and apologise for pro-Israel utterances he made last year.

In June last year, Mogoeng said he had an obligation, as a Christian, to love and pray for the peace of Jerusalem.

He made the comments during a webinar hosted by The Jerusalem Post.

Why must Mogoeng Mogoeng apologise?

Th Africa4Palestine, the BDS Coallition, and the Women’s Cultural Group were all dismayed by the remarks, and launched their legal action shortly afterwards. Although occupying a position which demands outright neutrality, CJ Mogoeng broke from tradition and weighed-in heavily on the complex topic of Israel and Palestine:

“As a citizen of our great country, we are denying ourselves a wonderful opportunity of being a game-changer in the Israeli-Palestinian situation. We know what it means to be at loggerheads, a nation at war with itself.”

The Chief Justice, Israel, and other controversies Mogoeng’s decision to declare his love for Israel is particularly problematic, given that South Africa has some fairly frosty relations with the country.

ANC Spokesperson Pule Mabe also chastised the Chief Justice, but this reprimand hasn’t slowed him down. The devout Christian also made headlines at the end of 2020, for his contentious opinions on vaccines.

It has been confirmed that Mogoeng ‘broke the Code of Judicial Conduct’, and must now make a public apology once he has officially retracted his comments.

The following verdict was shared on

Opinion: Something Fishy About The Burglary of State Capture Inquiry Headquarters, Who is Behind it?