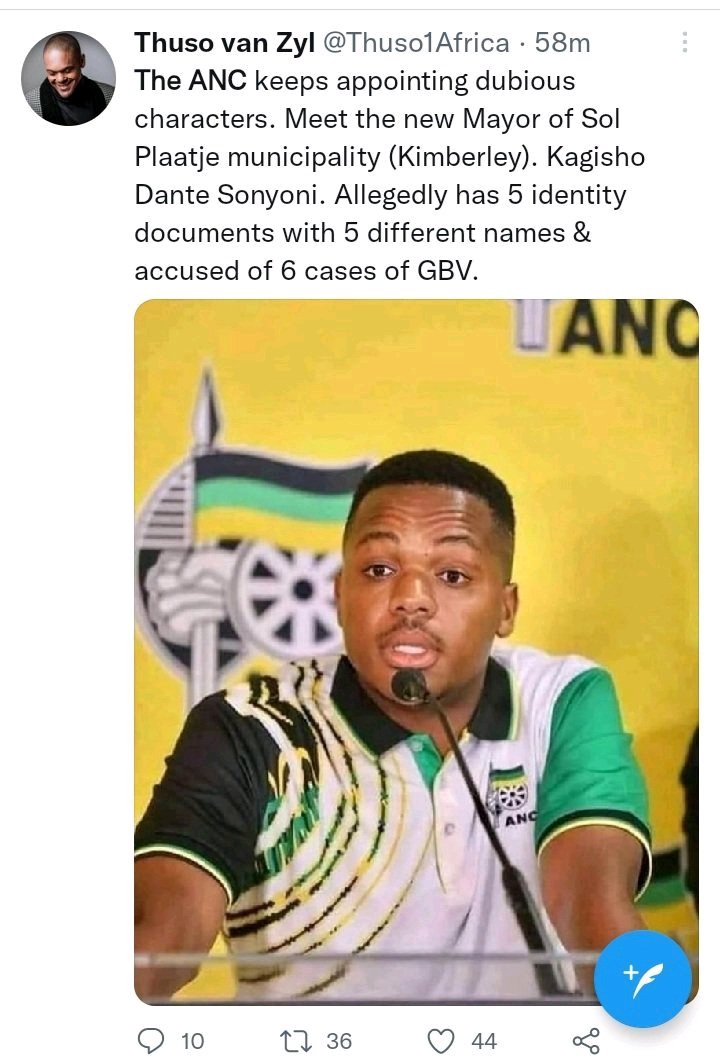 The ANC has been accused of continuing to appoint questionable individuals. On Tuesday, the ANC elected a new mayor for the municipality of Sol Plaatje (Kimberley). Kagisho Dante Sonyoni took the oath of office. However, not everyone is pleased with the new mayor. He is accused of possessing five distinct identity certificates, each with a different name, as well as six interdicts for gender-based assault. Poncho Mocwane, an EFF ward councillor, insisted that they debate on the claims before he was sworn in. "These charges must not be dismissed lightly. Let's deal with it now, before he's sworn in, and give him a chance to explain himself," Mocwana added.

However, Goolam Akharwaray, the municipal manager of Sol Plaatje, brushed everything away, claiming that the inauguration ceremony was not the appropriate venue for dealing with the issue at hand.

The new Mayor, Sonyoni, asked the newly elected councillors to put their personal and political ambitions aside as he delivered his inauguration speech.

Sonyoni was reportedly appointed by the ANC in order for him to inspire the youth. "What can a young crook do to motivate other young people? Do they need to be inspired to become thieves? "Concern was expressed by a Twitter user. 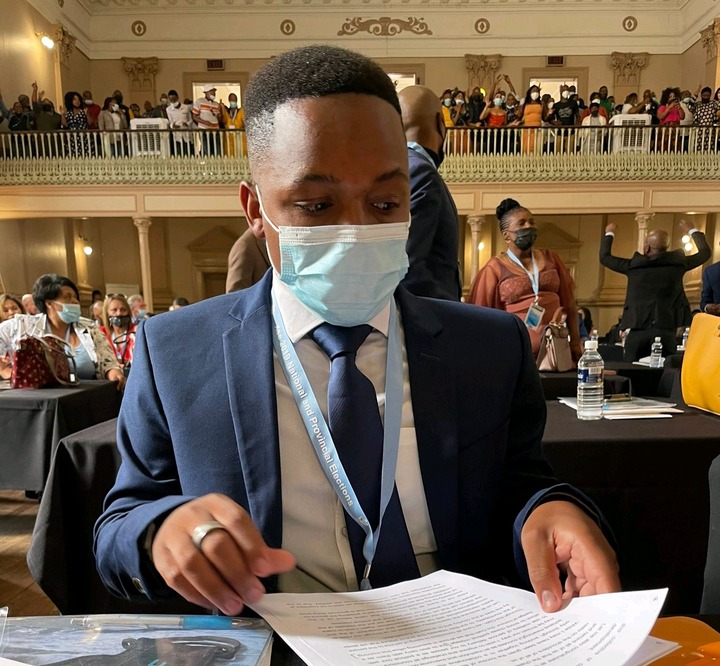 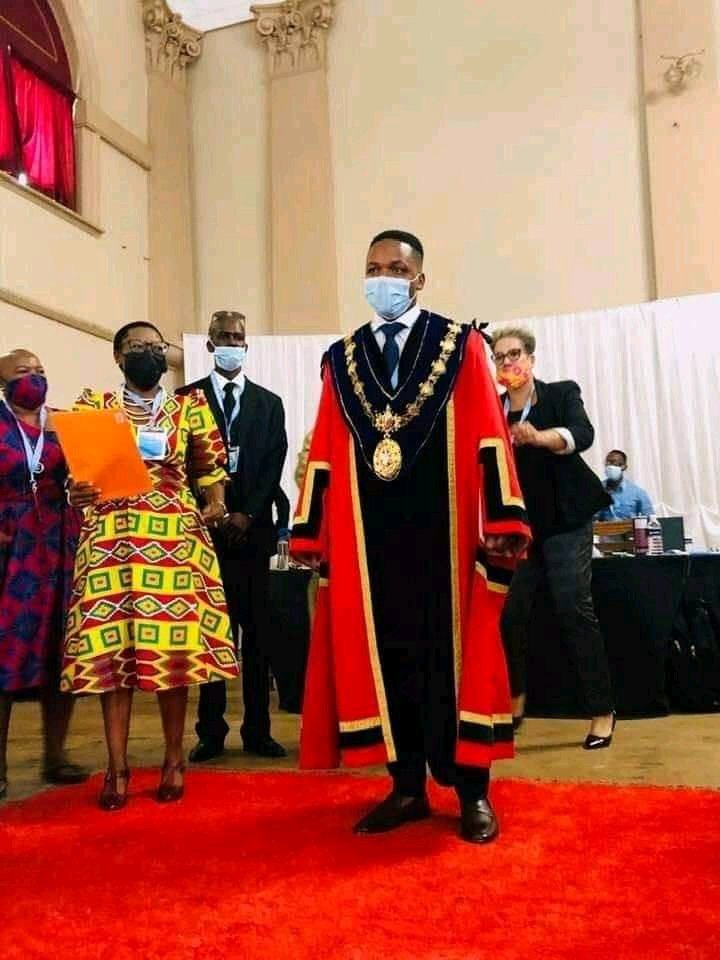 Sonyoni isn't the only contender with a shady background causing a fuss. Carl Niehaus, an ANC veteran, raised a warning about ANC councillor Lunga just a few days ago.

Mthetho in the municipality of Metsimaholo? Mthetho is so awful, according to Niehaus, that he has a gangster name: MaEleven. He allegedly spent more than ten years in prison for major offences. "Doesn't the ANC and IEC have screening procedures in place?" Now is the time for our ANC to act. On Twitter, Niehaus stated.

According to reports, the Papanya Branch of the African National Congress (ANC) complained in writing about Mthetho's criminal record. The warnings, however, were apparently disregarded due to his outspoken backing for President Cyril Ramaphosa. These are the terrible mistakes done as a result of triumphalist factionalism gone wild.

Will the ANC reform its corrupt practices?

MaMlambo From Uzalo Gushing Over Her Bump. See Picture That Revealed Her Gorgeous Bump