There is an intense battle going on right now on Twitter as Victoria and her members battle Naledi Chirwa over her Nationality. Victoria reported to Home Affairs to investigate the member of parliament, saying that both parents are not South Africans. It is unclear how Victoria arrived at this conclusion, but she is pleading that Home Affairs investigate her as soon as possible. She wrote, “We plead with @HomeAffairsSA to investigate @NalediChirwa and her parents. Her father is from Malawi, mother Zimbabwean. How did she and parents obtain citizenship? Why is she a Member of Parliament? @CyrilRamaphosa @PresidencyZA @ANCParliament @MYANC”. However, the lady is already making fun of them, saying that they cannot lie about her nationality. 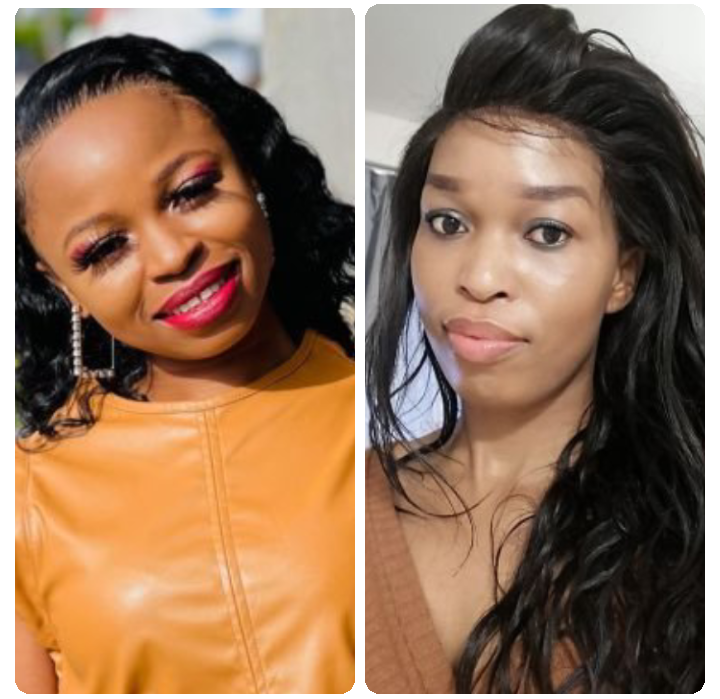 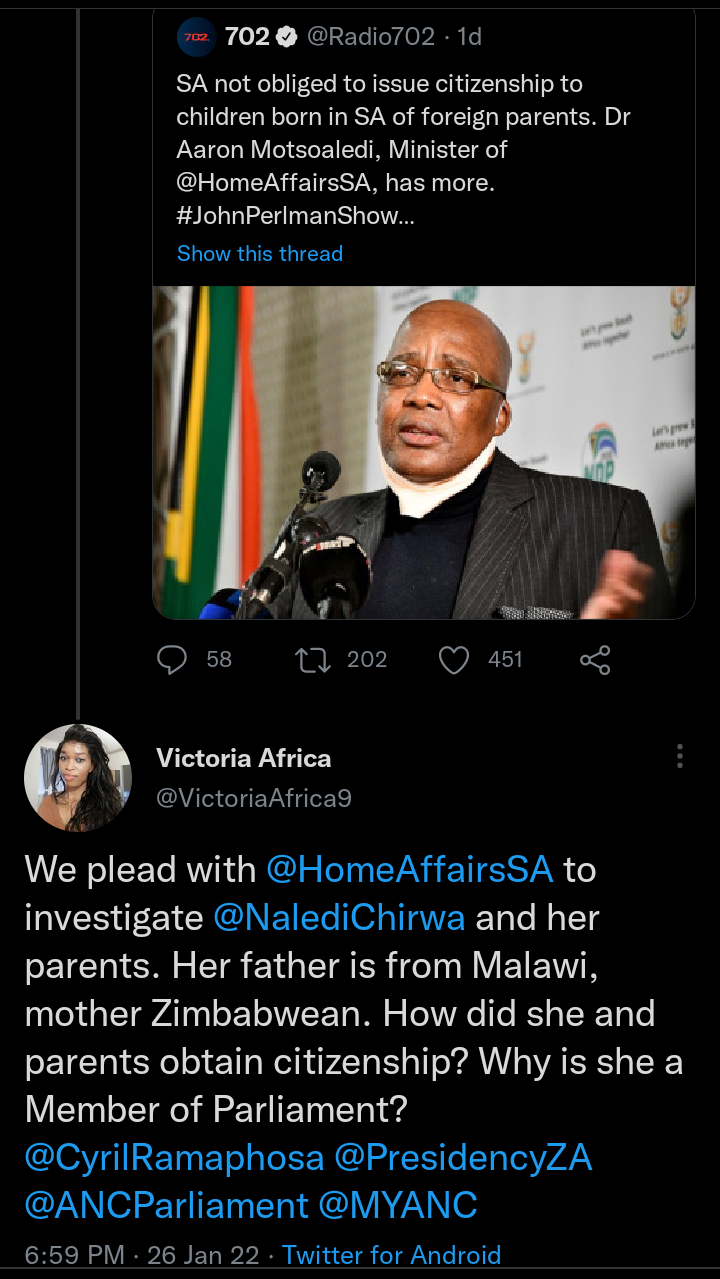 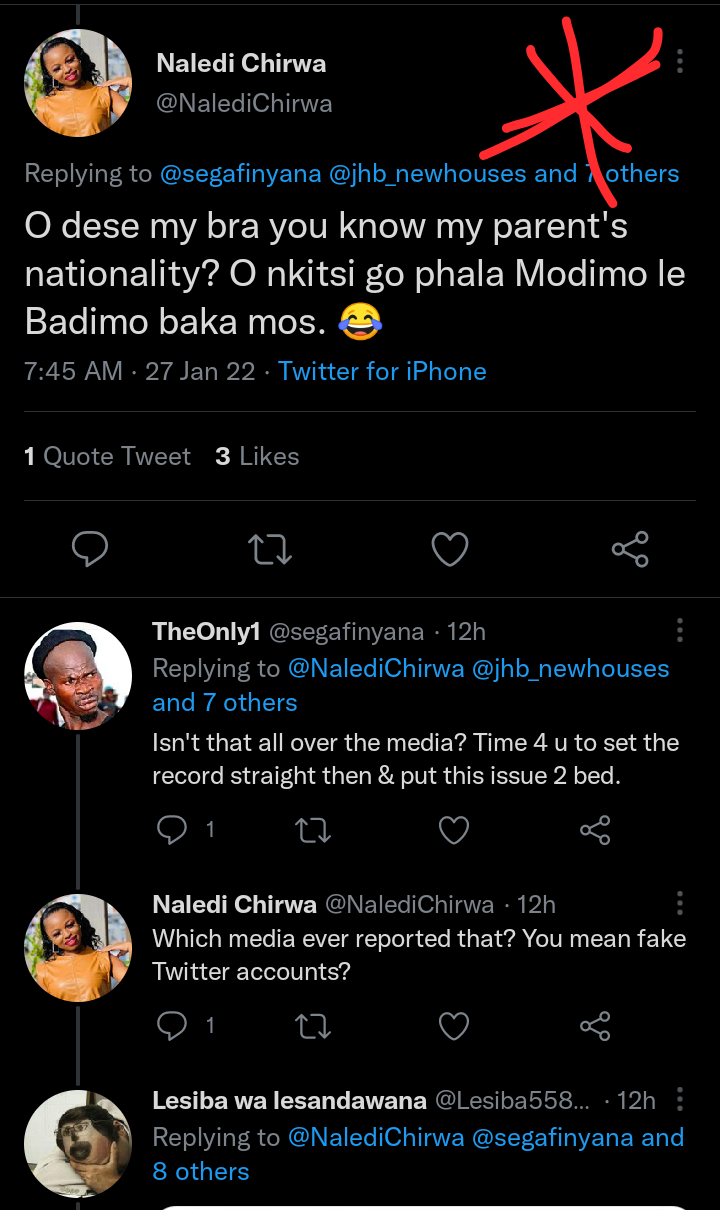 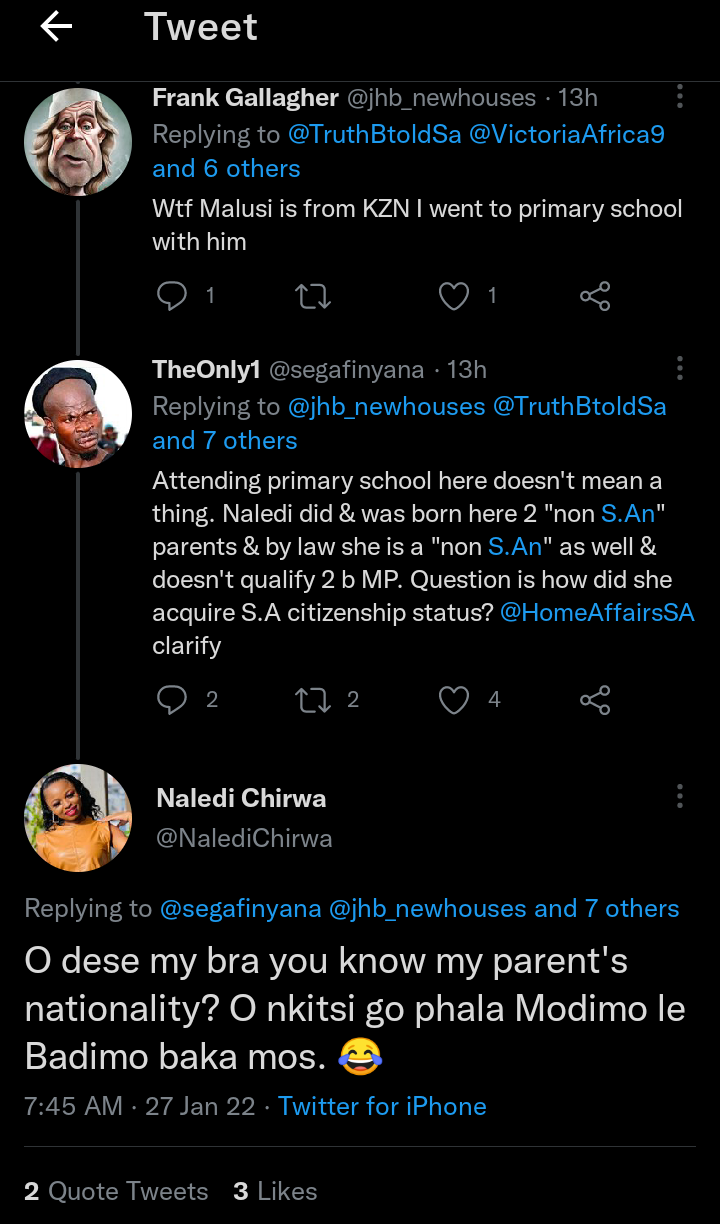 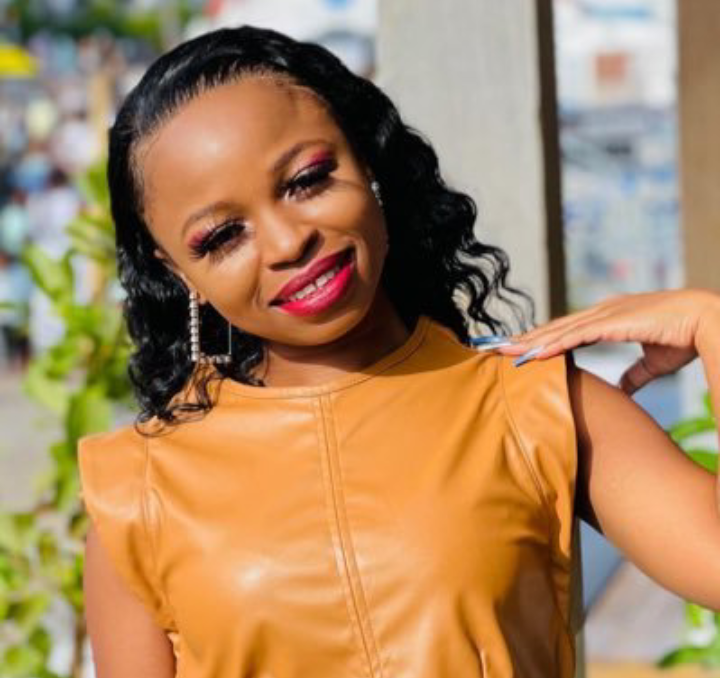 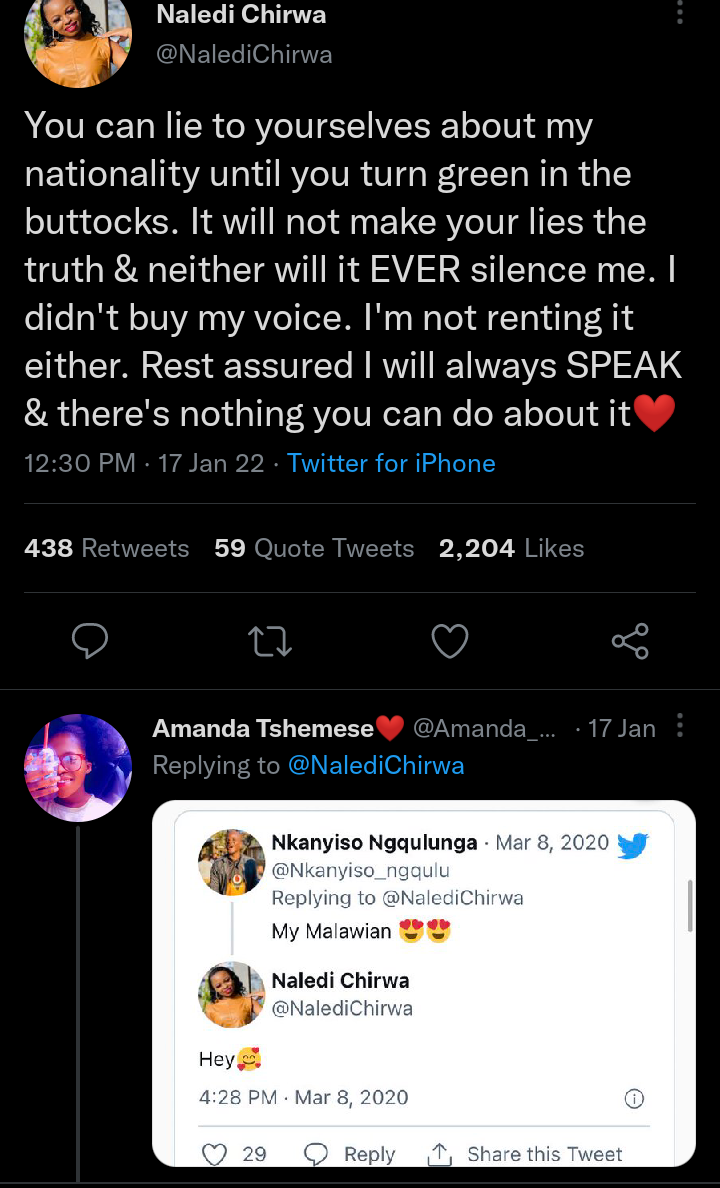 It is no longer news that the nationality of Naledi Chirwa has always been a subject of debate and controversy. Although, she regularly maintained she is a South African, born and brought up in South Africa, members of South Africans First and South Africans First groups would not hear that. They are asking that the EFF member be removed from the parliament because she is not a South African. However, Naledi told her critics on her pinned post on Twitter, “You can lie to yourselves about my nationality until you turn green in the buttocks. It will not make your lies the truth, and neither will it EVER silence me. I didn't buy my voice. I'm not renting it, either. Rest assured, I will always SPEAK and there's nothing you can do about it”. She made fun of those calling her a foreigner, telling them to be fast with their investigation, saying that they would be disappointed. 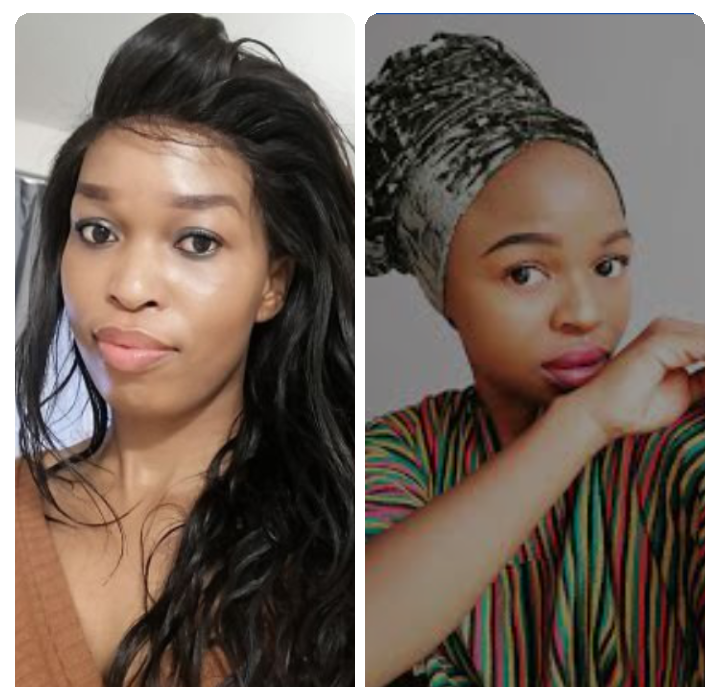 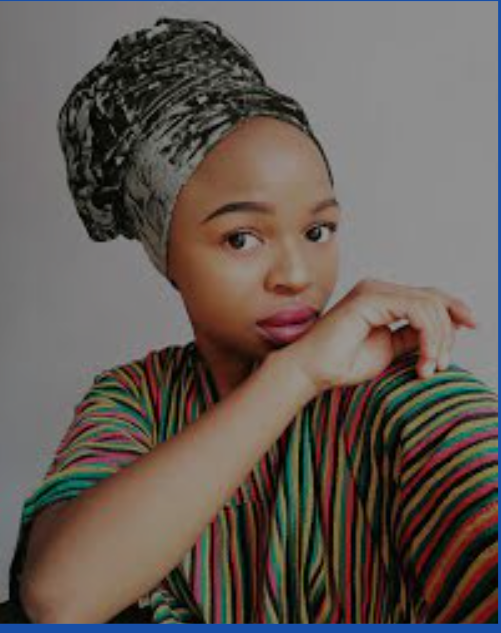 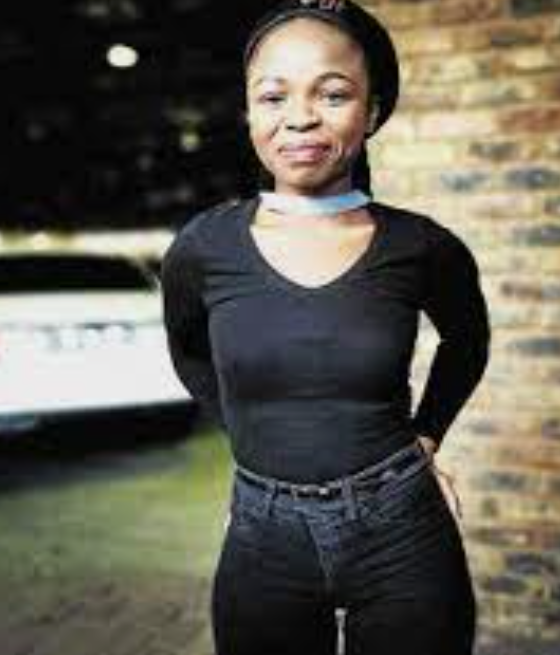 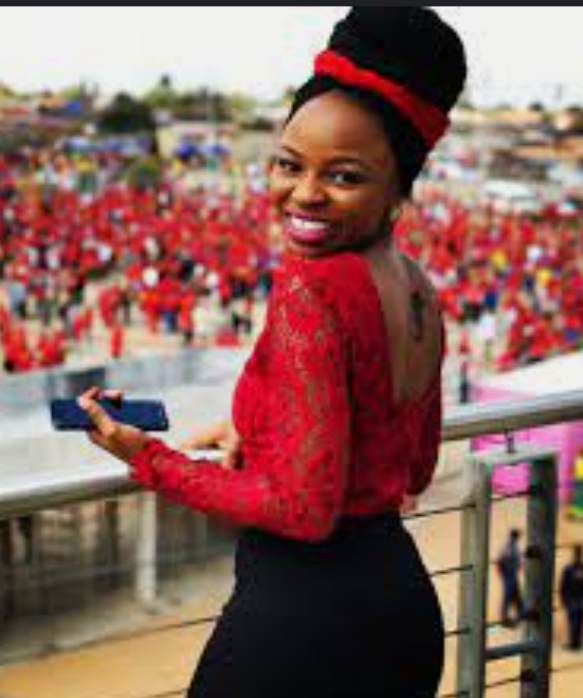 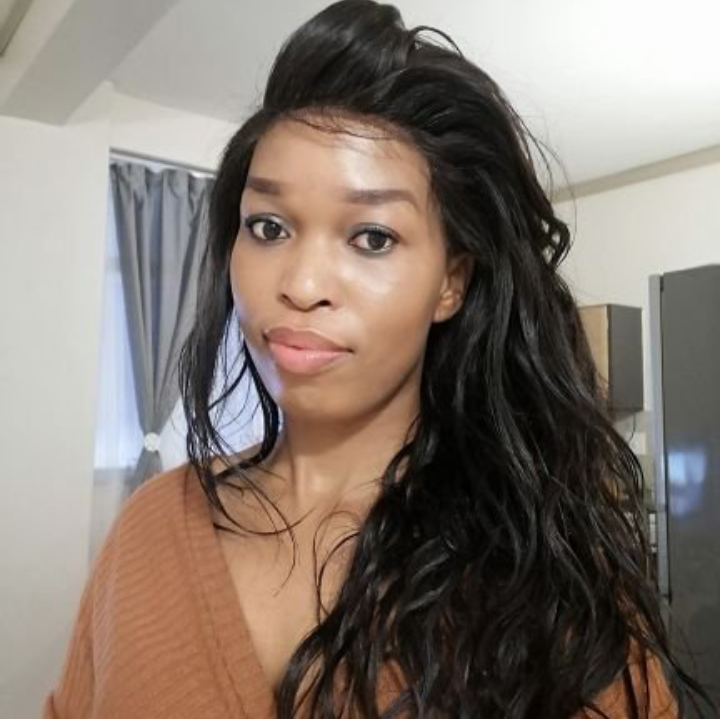 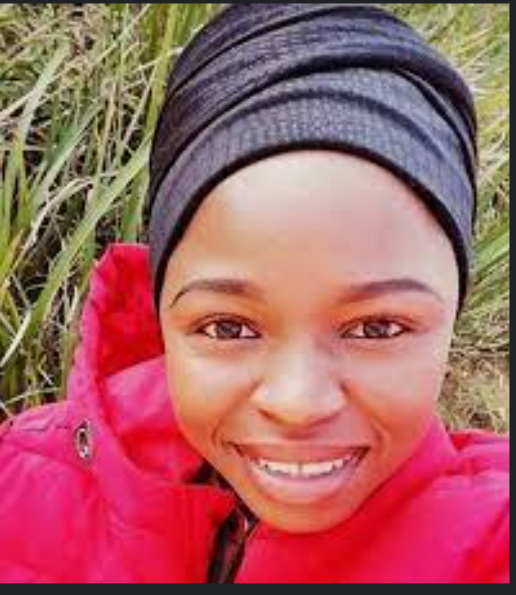 Naledi laughed at someone who told her that attending primary school in South Africa does not make her a citizen. The person told her, "Attending primary school here doesn't mean a thing. Naledi did and was born here 2 “non South African parents, and by law she is a “non South African” as well and doesn't qualify to be a member of parliament. The question is: How did she acquire South Africa citizenship status? @HomeAffairsSA clarify”. Naledi simply reply her critics, “O dese my bra you know my parent's nationality? O nkitsi go phala Modimo le Badimo baka mos. 😂”.