Jacob Zuma has been mentioned in numerous criminal cases. The recently released final state capture report did not spare the embattled ex-president for a moment. One can see the battle is not yet over for the octogenarian ex-president. City Press suggests that SABC may slam Jacob Zuma with a lawsuit for the role he played that left the broadcasting cooperation in deep financial distress. City Press wrote, “With so many criminal cases against him, former president Jacob Zuma might soon be served with another lawsuit from the SABC for playing a role that left the public broadcaster in financial distress”. Today, during a press briefing, the former president argued against most of the things written in the report about him, saying that it was not true. Among those that stood to defend the embattled former president are Mzwanele Manyi, Carl Niehaus and a host of other RET ANC members. 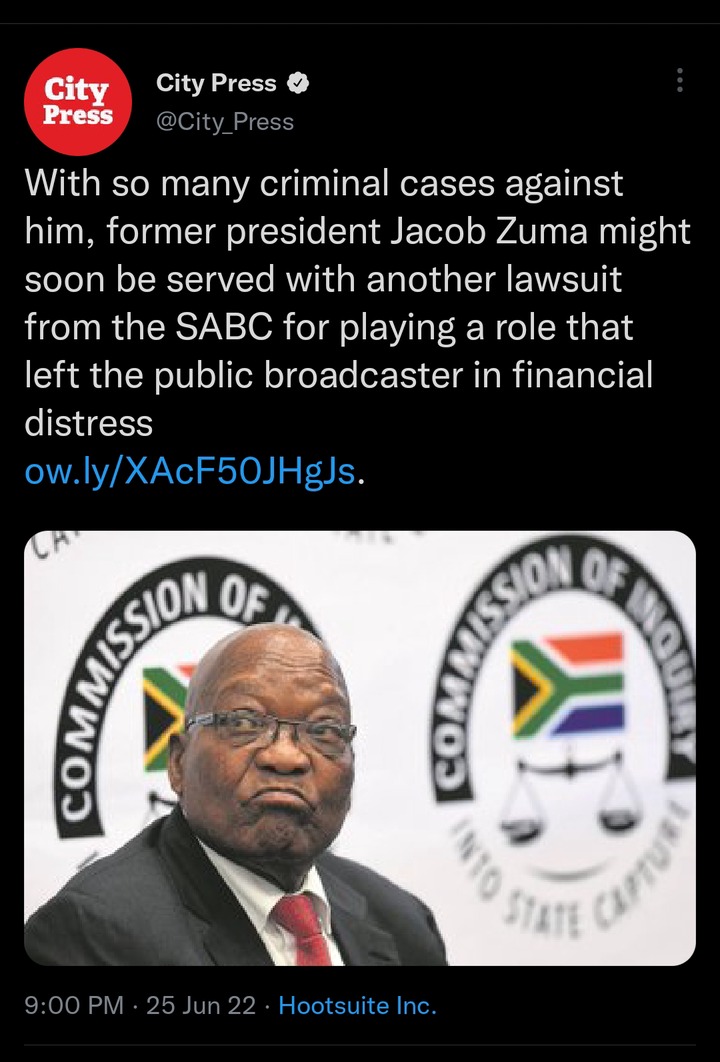 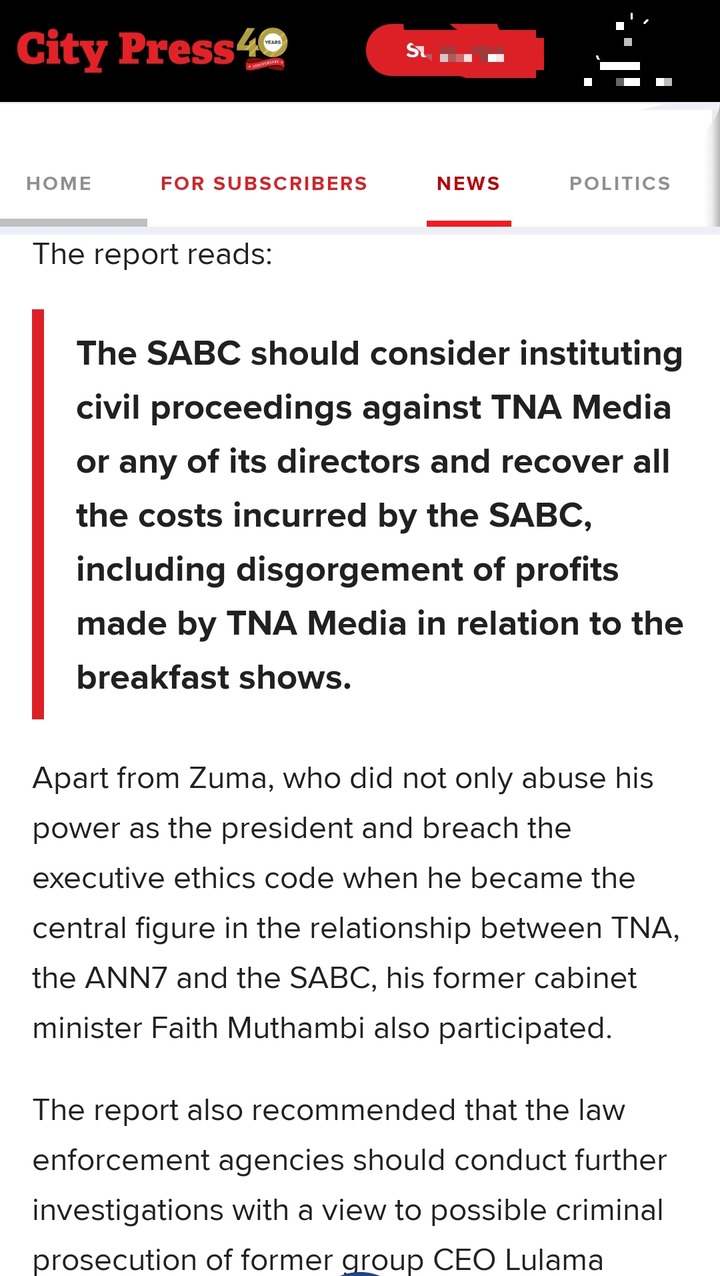 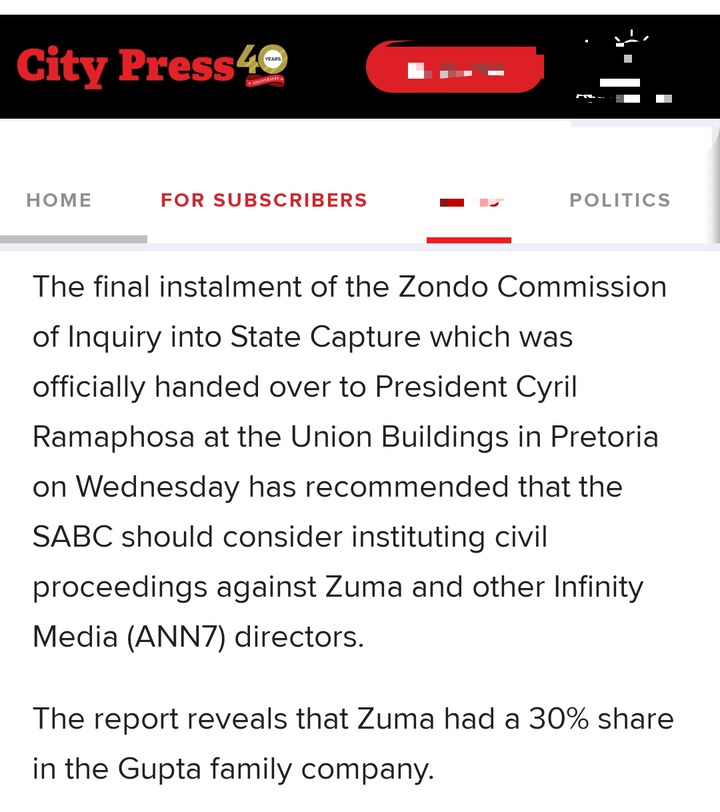 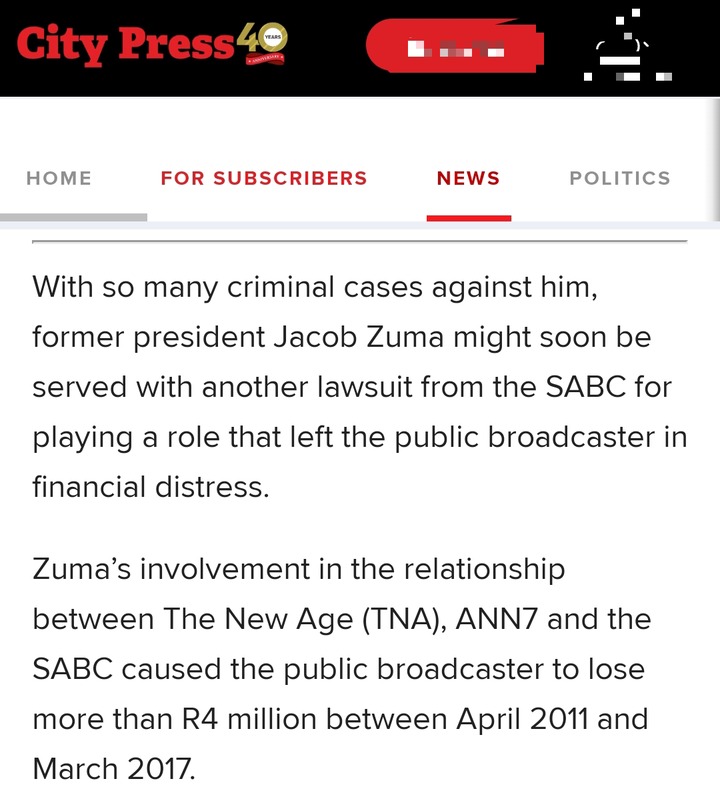 News24 reports that, “Zuma’s involvement in the relationship between The New Age (TNA), ANN7 and the SABC caused the public broadcaster to lose more than R4 million between April 2011 and March 2017”. Many people believe that Jacob Zuma may be heading back to court very soon because he was mentioned multiple times in the final state capture report. Although many people are standing by the ex-president, especially on social media, that will never be enough to save him from impending lawsuits should SABC decide to drag him to court again. Already, Jacob Zuma has been battling numerous court cases since he left office. A report says that Jacob Zuma has a 30 percent stake in the Guptas family business. Below is an information posted by City Press, “The SABC should consider instituting civil proceedings against TNA Media or any of its directors and recover all the costs incurred by the SABC, including dislodgement of profits made by TNA Media in relation to the breakfast shows”. 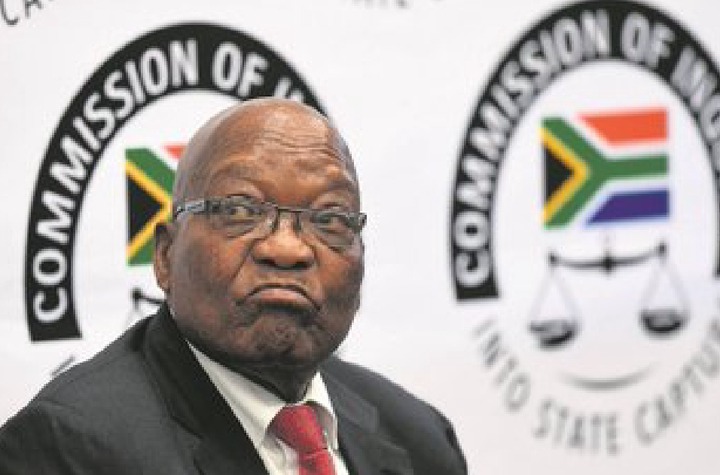