I was quite disturbed- President Ramaphosa.

By NewsFlashMedia (self meida writer) | 1 months 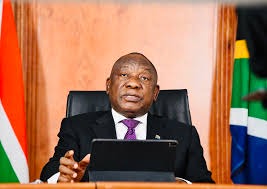 South African President Cyril Ramaphosa says he was quite disturbed by what he witnessed on Wednesday after the Minister of Finance, Tito Mboweni made his budget speech.

As usual, right after important speeches, journalists gather at the parliament precinct to get reaction from different political parties on what has been presented. It was no different this past Wednesday, Political party leaders were asked one by one by media gathered outside. 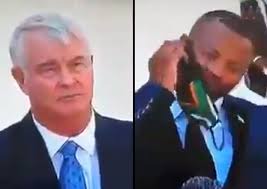 Things took a wrong turn when enca reporter showed favouritism in her conduction of interviews.

eNCA political reporter, Lindsay Dentlinger, is at the centre of a racism storm after video footage of her interviews with Freedom Front Plus leader, Pieter Groenewald, and the DA’s John Steenhuisen without their masks on, while she requested several Black political leaders, including UDM Chief Whip Nqabayomzi Kwankwa, to keep theirs on went viral on social media.

Some South Africans have branded her a racist, while the ANC in Gauteng demanded answers from the media house.

Television news broadcaster, eNCA, says its reporter’s conduct during the coverage of the Budget Speech was not racially motivated or with malicious intent.

Managing Editor at eNCA John Bailey says, “In an intense live broadcast environment like the Budget Speech coverage, our journalists are under pressure to remain compliant while delivering fair, accurate and balanced news. 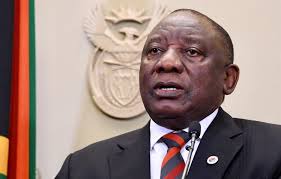 The journalist had to contend with being live on air and taking producer instructions via her earpiece and unfortunately failed to request that the interviewee wear a mask. Criticism to this extent levelled at a journalist under these circumstances is unfair and unfortunate. Comments and some video content that are currently being shared is maliciously misleading.”

AKA Is Pictured Looking Distraught At His Wife's Funeral