For the first time since his arrest, the former president Jacob Zuma has released a direct statement through his Jacob Zuma foundation. 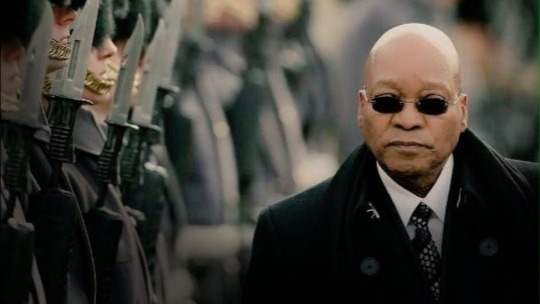 On a four pages latter, the former president of the republic of South Africa and African National Congress Jacob Zuma is seems spitting fire.

Former head of state, President Zuma is again on the latter emphasising how he has been unfairly treated by the Judiciary of South Africa; and according to him, his rights VIOLATED.

He repeats how the Zondo Commission was established under "suspicious" circumstances and the unconstitutional conduct by some Concourt Justices.

Former President Jacob Zuma on the letter he touched the recent constitutional recession judgment which according to him, IGNORED Bill of Rights. President Zuma highlights the commission act of 1947 which was used to set up the state capture commission.

President Zuma ended his letter by saying that, "This is NOT the end; I shall fight on; Justice will prevail; Injustice will be defeated". 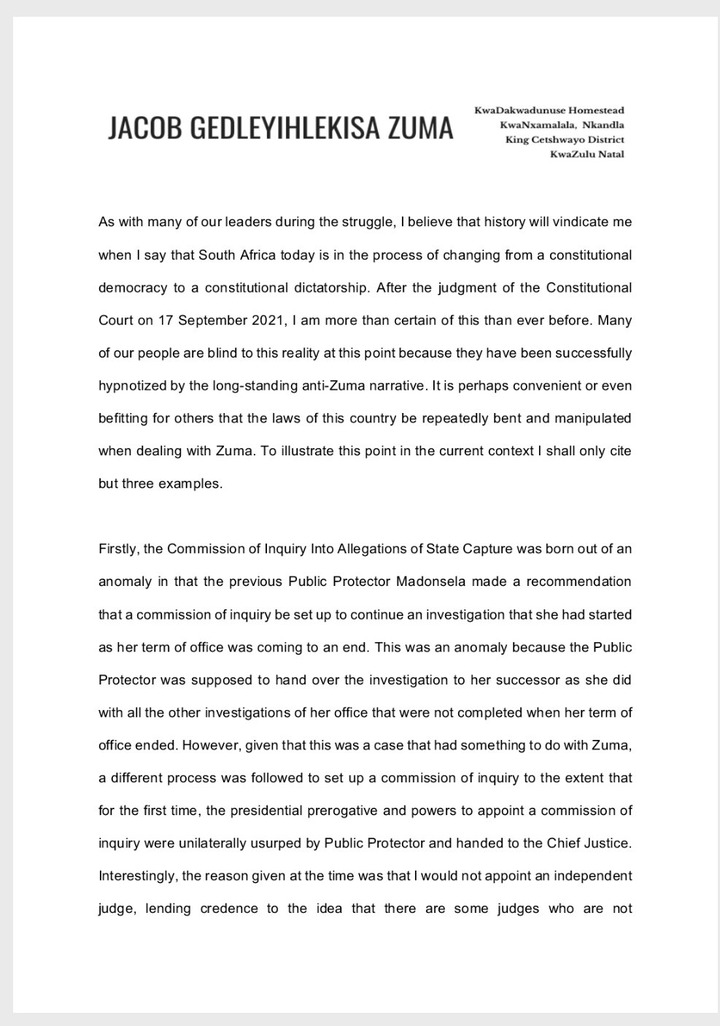 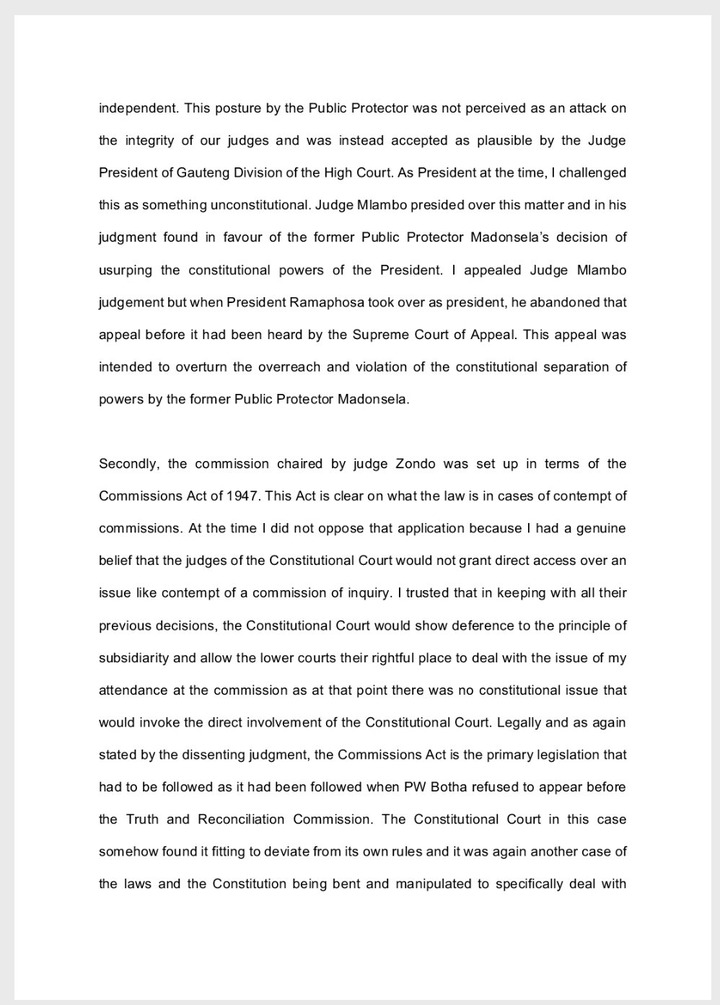 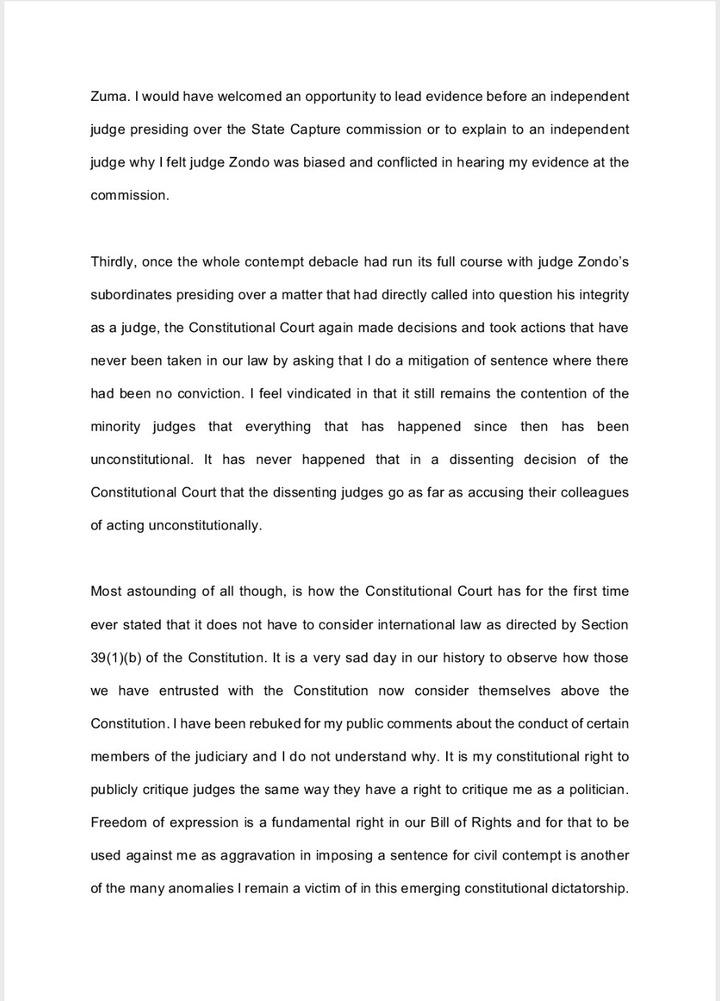 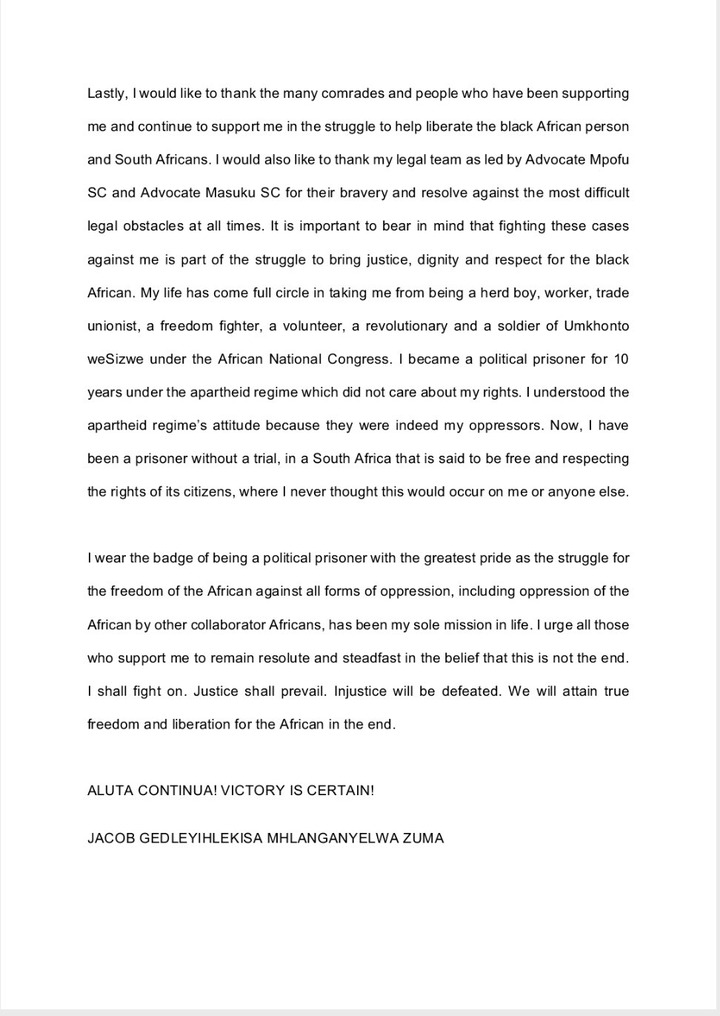