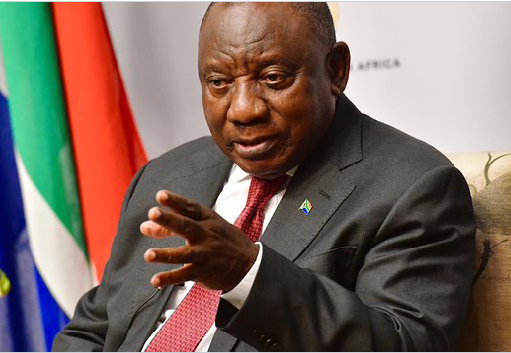 If President Cyril Ramaphosa is forced to step down as leader of the ANC over Phala Phala, the party's downward spiral will accelerate; it could split up, and it will probably fare dismally in the 2024 elections,

He is not ANC, he is Cyril Ramaphosa. He is going to go and ANC will remain to its owners which are the voters not him. He did nothing for ANC but destroyed it into ashes as you tasked him to do, decades ago. There's no compelling reasons for president to vacate his post, especially when the chief mgodoyi is involved in the robbery saga at Ramaphosa's private farm, It's not the robbery dumbo but the many are criminality Ramaphosa committed by having large some of undeclared foreign currency. Add kidnapping and torture then you have a gangster for a President, Now it makes sense to whys the DA and SA media are suddenly withdrawing their support for CR. They aren't. This is an article supporting the man.

They are trying to scare people to keep him in power by making it seem like asking for accountability would be the end of the party most people vote for. Voetshek; Cyril is sent to destroy the ANC. Once he steps down, the ANC will start to growing. You are concerned about the growth of a political party, which, more often than not, has no link to the growth of the Country, since 1994. You are missing the forest for the trees. What planet are you on? If Cyril goes, the Zuma faction will come in and the country will really be raped. The ANC has reached its expiry date!

It has been a so-called renewal since the recall of Mbeki, Him stepping down will save the ANC. Chief nothing can save the ANC, It was damaged before Ramaphosa, How? Everything was functional and active before him, what's working now? Are you ok in your head? Have you forgotten Zuma who used to change ministers at the instruction of Gupta's, that's the problem with some of u people, you act like you have memory problems. Do you remember when the rand fell because Zuma flip-flopped finance ministers? ANC has been a mess, Where are you getting that? You fell for propaganda with no evidence to back up your statement, stop injecting whatever the media tell you, where was this proven? Remember economy power depends on who control it, now we are worse but rating agencies say we are stable.