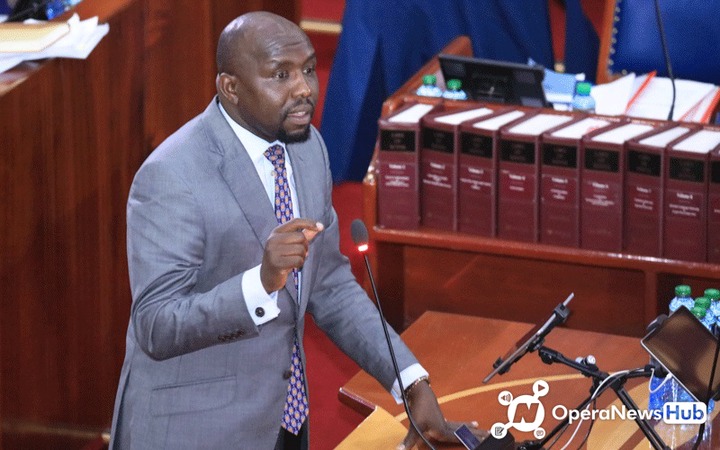 He was voted out by a number of his fellow senators from Jubilee party who attended today's senate proceedings which led to his official replacement by the senator for West Pokot County Mr. Samuel Poghisio, a member of KANU party.

This happened even after the party tribunal of the Jubilee party came to a disagreement with the kind of coalition agreement which was made by the party leader together with the KANU party leader, Gideon Moi.

The changes were then approved by the speaker of the senate Mr. Keneth Lusaka after he was voted out by his fellow colleagues at the party.

Here is the list and names of senators who got to impeach senator Murkomen;

The Senate proceedings were also attended by;

So senator Murkomen was voted out by a total of 20 senators from Jubilee party.

Why Raila Will be Missing From Politics for a Longer Period