The controversial daughter of Jacob Zuma, Duduzile has said that since the ANC is bent on forcing Cyril Ramaphosa down their throats, she is therefore saying hello to Julius Malema of the EFF. This could be an indirect way of saying that he has crossed over to the EFF. Duduzile Zuma has always been at loggerheads with president Cyril Ramaphosa. She wrote this evening, “FACT!!!

If @MYANC Insist On Shoving CR Down Our Throats… Say Hello To:

H.E. President Julius Sello Malema Of South Africa". Most people who joined the EFF in the past stylishly broke the news in this manner. Perhaps, Duduzile is fed up that the leadership of the ANC has refused to ask president Cyril Ramaphosa to step aside in the face of multiple scandals and accusations of corruption. Duduzile Zuma and Carl Niehaus are among the most vocal critics of President Cyril Ramaphosa's Administration and his leadership style regarding the ANC. 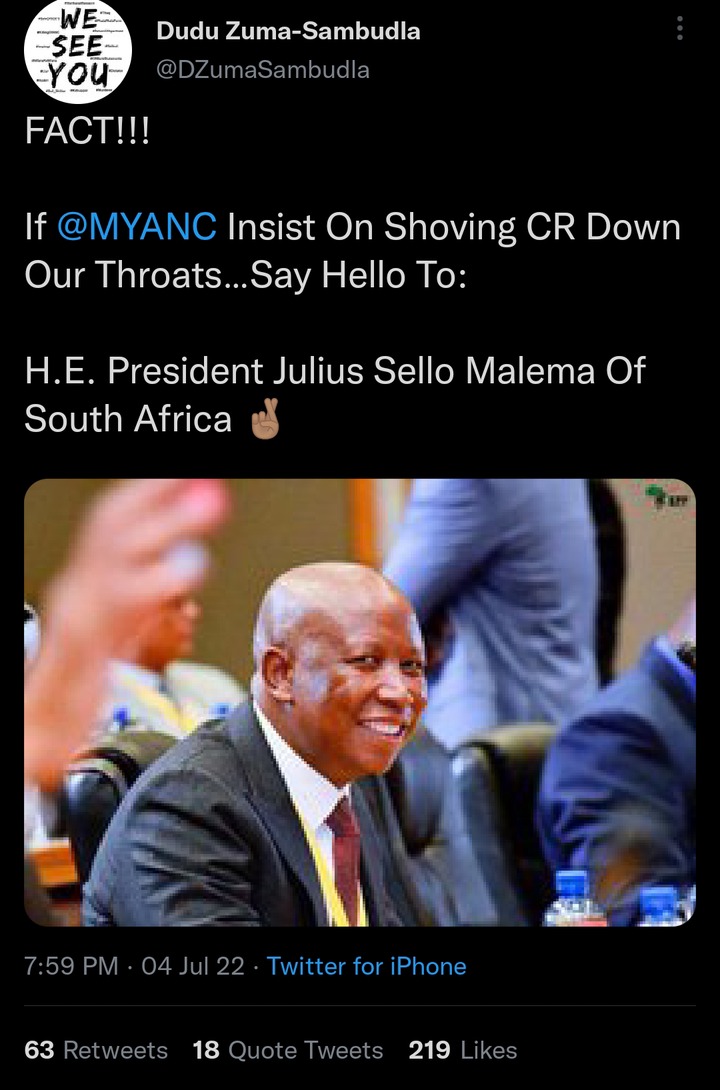 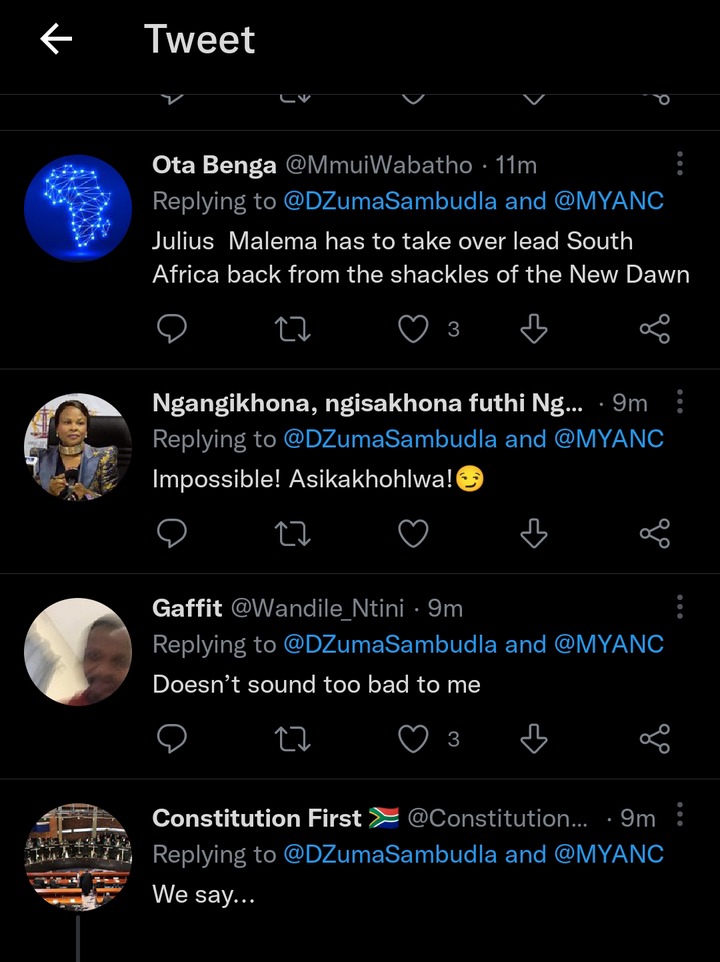 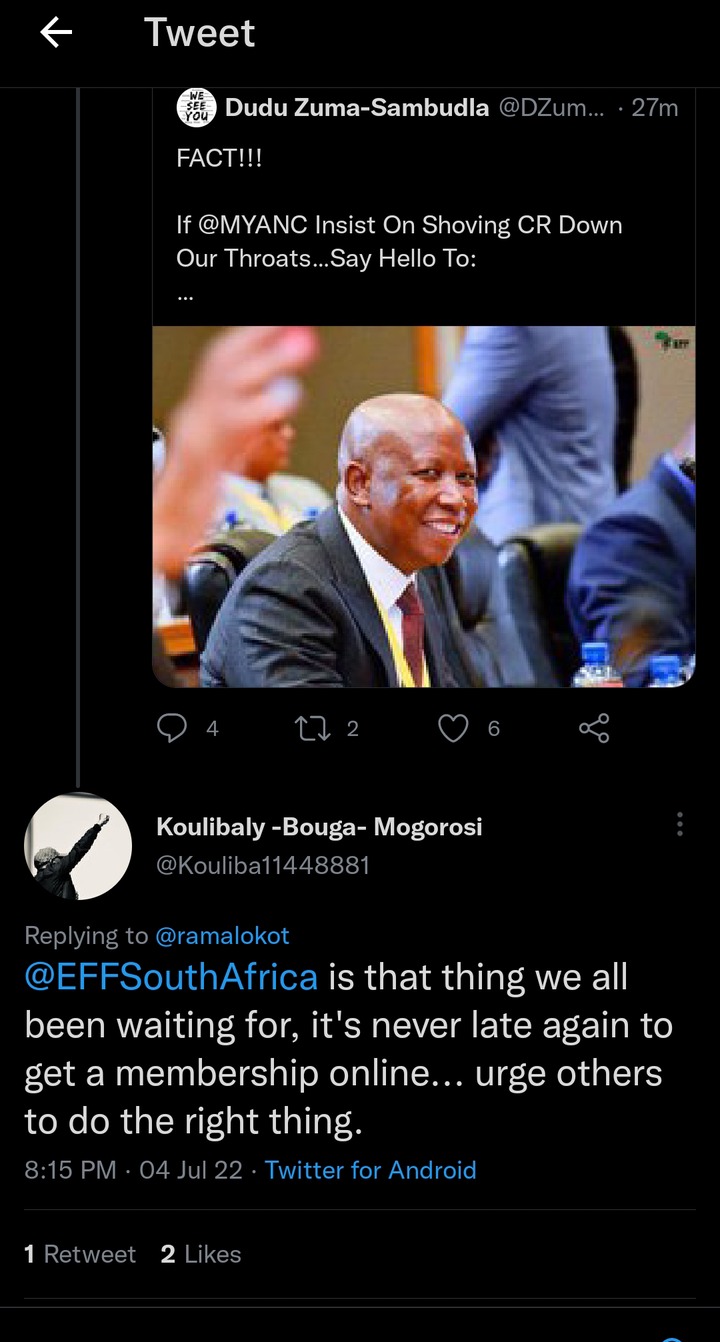 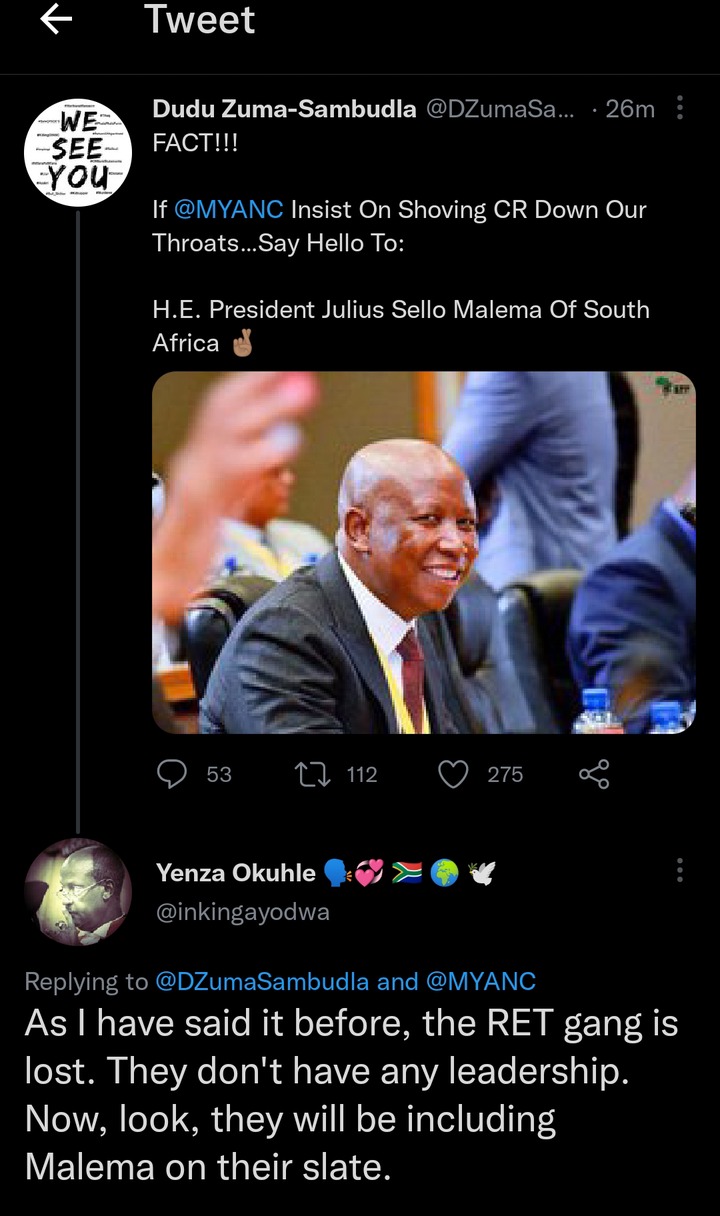 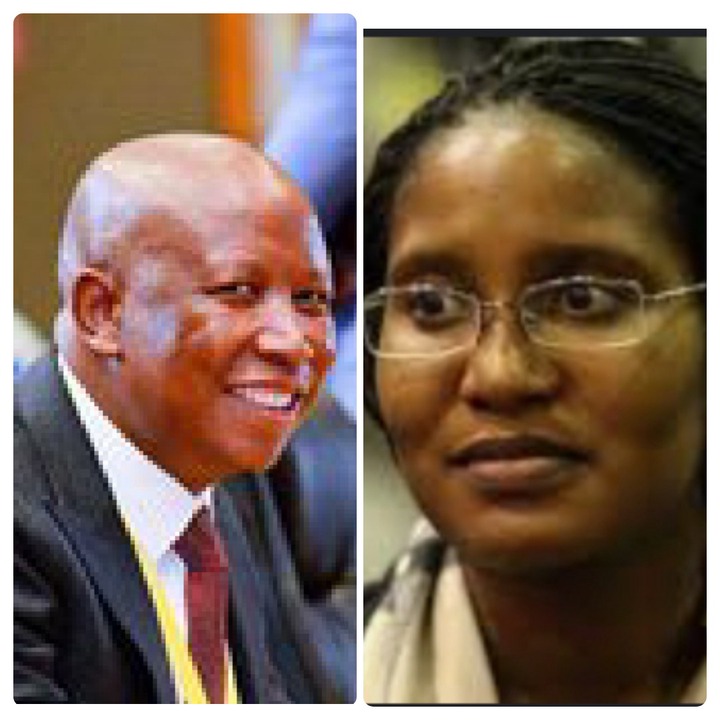 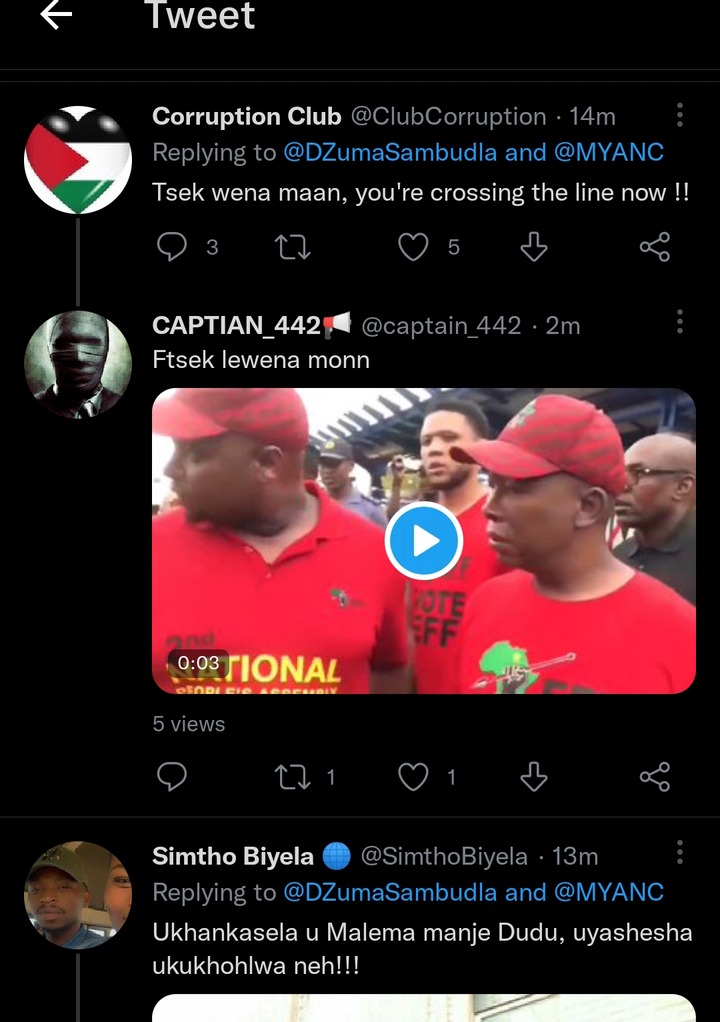 It should be noted that during the last local government elections, Duduzile Zuma has openly said that she was not going to vote for the ANC. She tweeted it several times. Even when the ANC lost the KwaZulu-Natal to another party, she also posted it on Twitter, leading some people to accuse her of anti—party activities. However, some ANC members have urged her to leave, saying that RET members are drawing the party backwards. One ANC member who just read her Twitter post wrote, “As I have said it before, the RET gang is lost. They don't have any leadership. Now, look, they will be including Malema on their slate”. It should be noted that Julius Malema and Jacob Zuma's family have started enjoying a cordial relationship after the famous Nkandla tea. The EFF and the leadership of the party is yet to respond if Duduzile has indeed joined the party. However, some party members have welcomed her, “@EFFSouthAfrica is that thing we all been waiting for, it's never late again to get a membership online… urge others to do the right thing”. 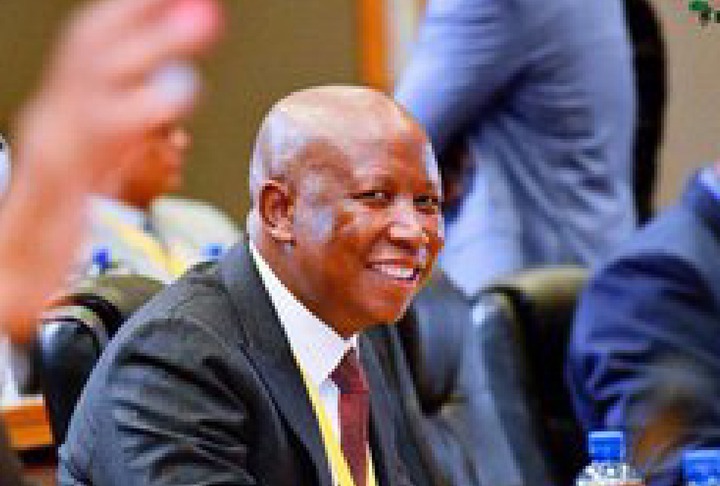 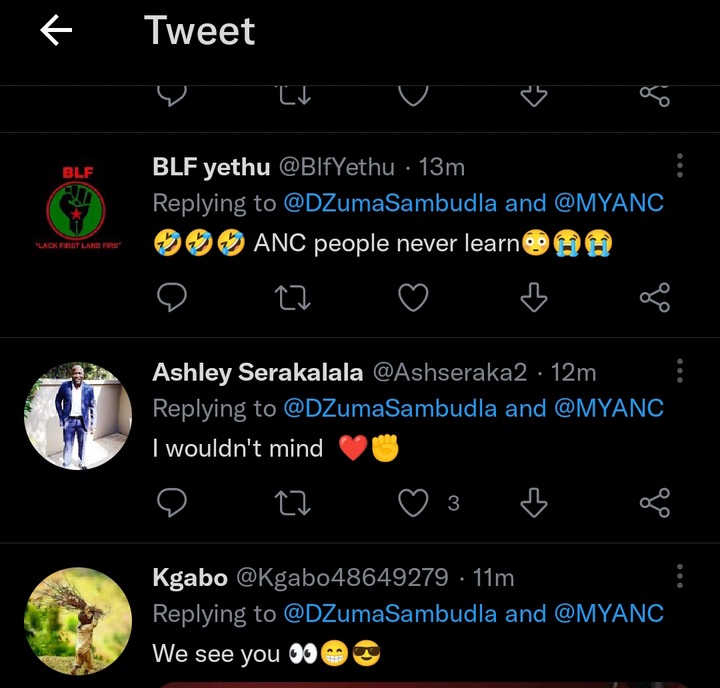 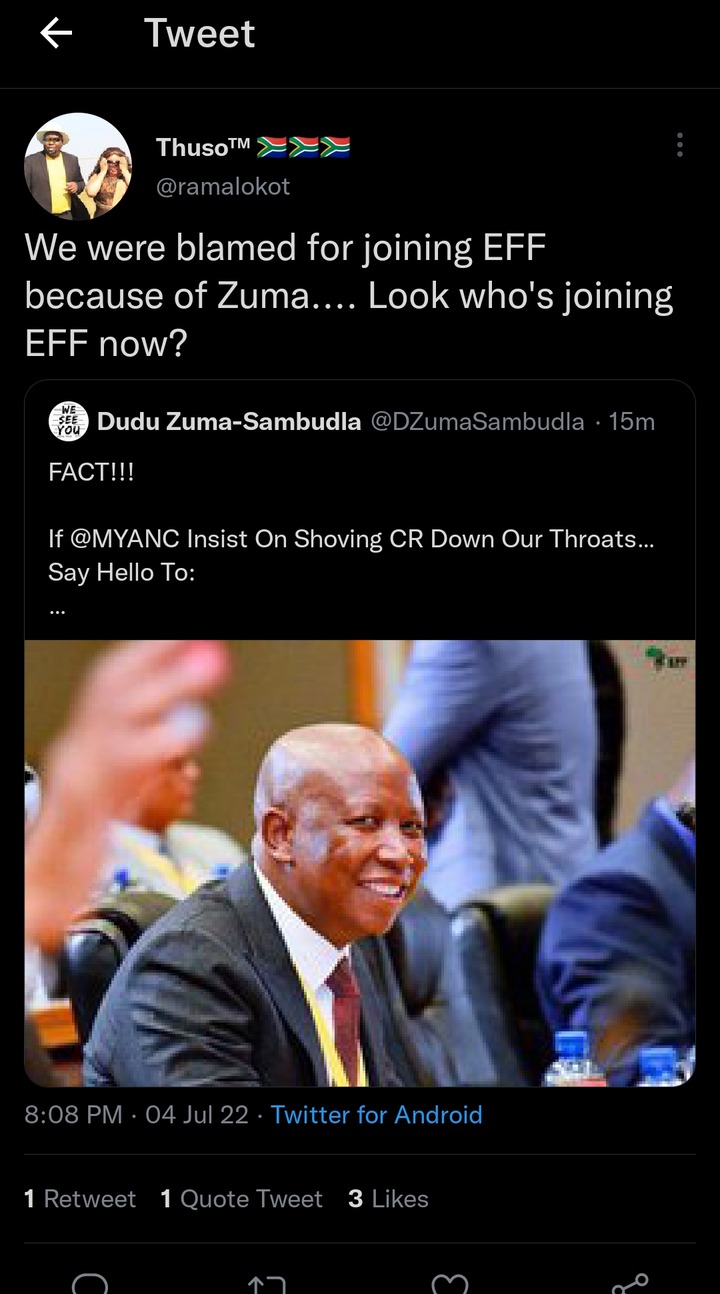 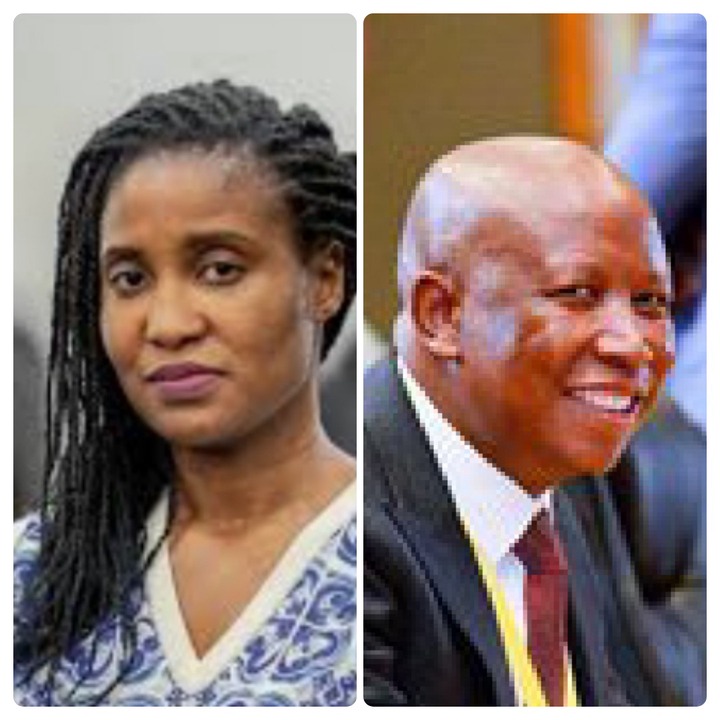