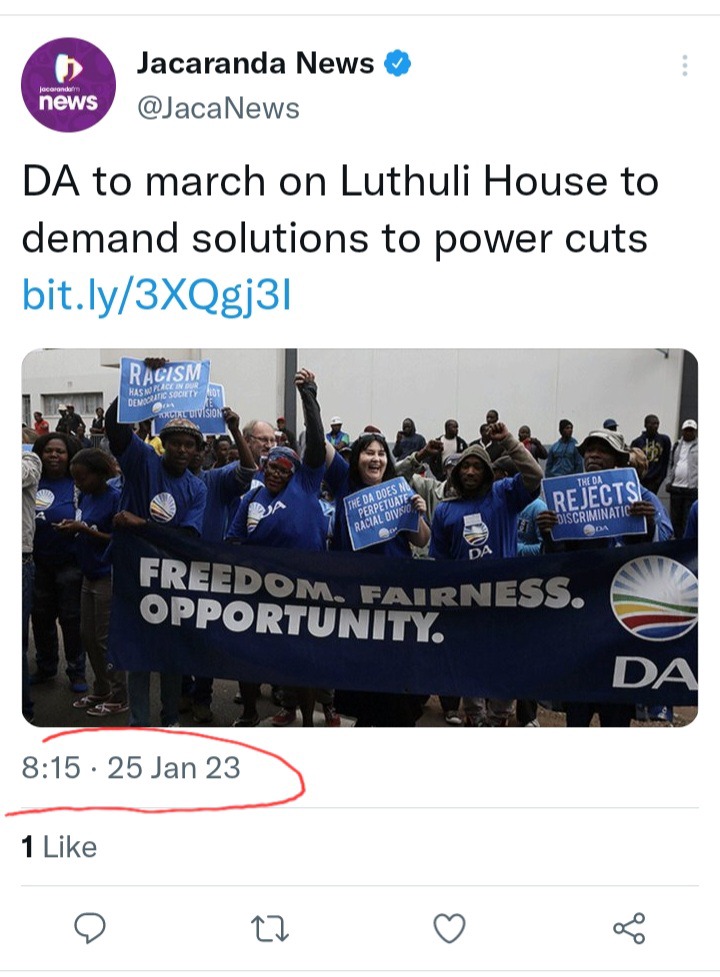 There is a scene at Luthuli house this morning ahead of the DA’s Power to the People march over the country’s energy crisis. Members of the Youth League gather outside the party headquarters in defence of the mother body, citing that the DA will find them ready to escort them to Eskom Megawatt Park where they should be marching over the energy crisis.

ANCYL Task Team National Organizer Tlangi Mogale says that the DA is the last party to talk about corruption, as they have collapsed municipality coffers and are guilty of wasteful expenditure where they govern in Gauteng metros. The load-shedding has been a problem for many people over the past few months. It's not secret that many people, including businesses, are suffering because of the load-shedding. 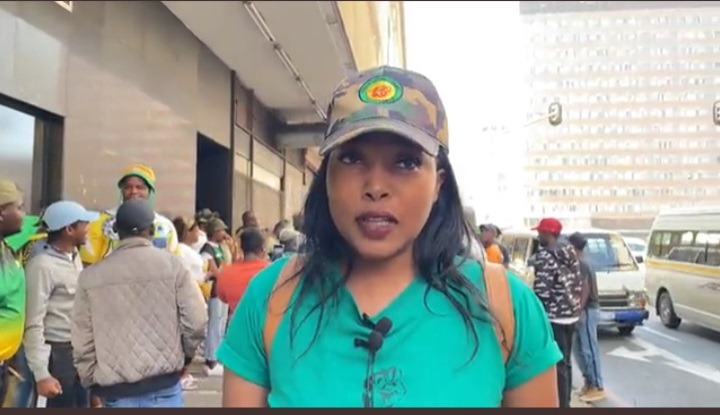 The DA is currently matching to the Luthuli House where they are demanding a solution to load shedding. It was announced yesterday that DA is expected to match to the Luthuli House on Wednesday. The DA is another opposition party that is fighting against the power's cut in Eskom. It had been said that Eskom power cuts come after there was breakdown in many power stations. The match of DA is part of the campaign they are doing in the party. 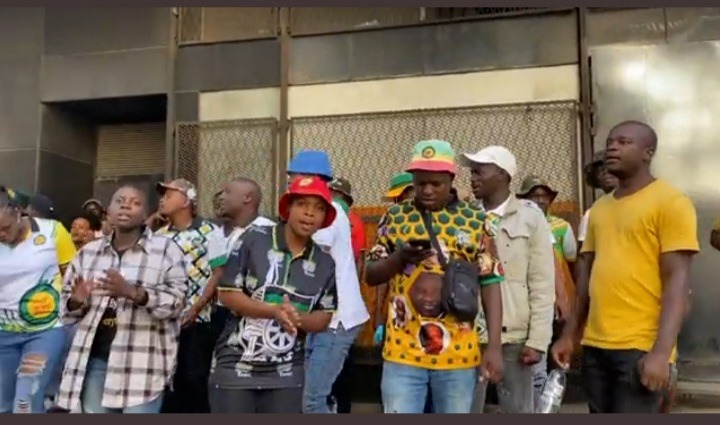 According to the source, the DA have accused the ANC of destroying the country’s energy infrastructure and economy. Apparently, ANC has been seen as the place whereby the DA that ANC is uses Luthuli House as the place where they hide their corruption. The DA is saying that Luthuli House is the house that has many politicians are getting corrupt tenders that are not being regulated. They are saying that the Luthuli House has been build to keep the secrets of ANC members.