A white South African and a notable critic of President Cyril Ramaphosa's Administration and the ANC leadership, Dave Gaybba is here again with another assertion. Mr Gaybba is saying that for the country to move forward to the next level, some cabals must be brought down. He further stated that the politicians which these cabals control must also be brought down. He wrote on his Twitter handle this night, saying, “Let us face the facts! The world can never be equal as long as the elite Cabal is untouchable by the State, who they control… We have to bring down the Cabal and the politicians they own! People ask me how I can say such things in public… it's easy? No one will claim those profiles”. Dave Gaybba always dish out his tweets without fear or favour. In the past, he did criticize president Cyril Ramaphosa, declaring that he needs to resign before the country collapse in his hands. 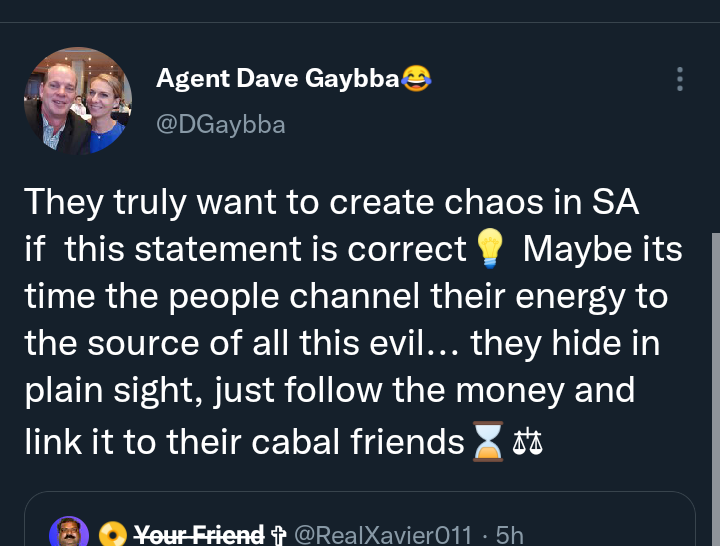 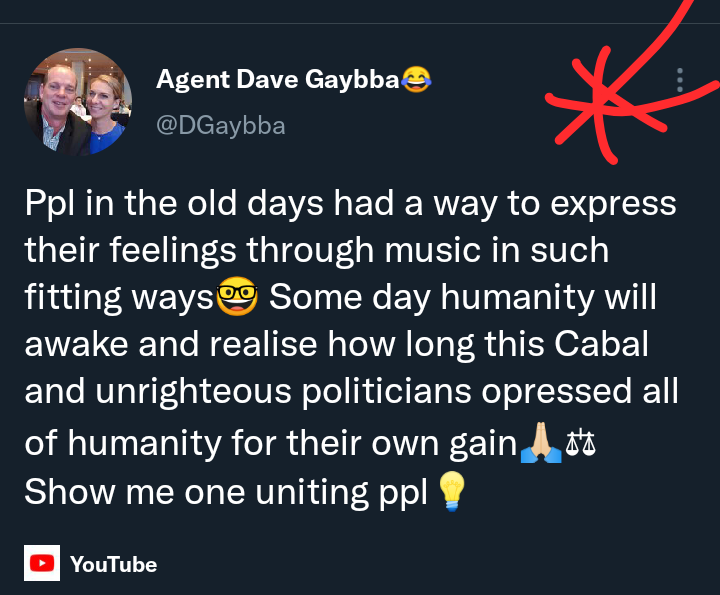 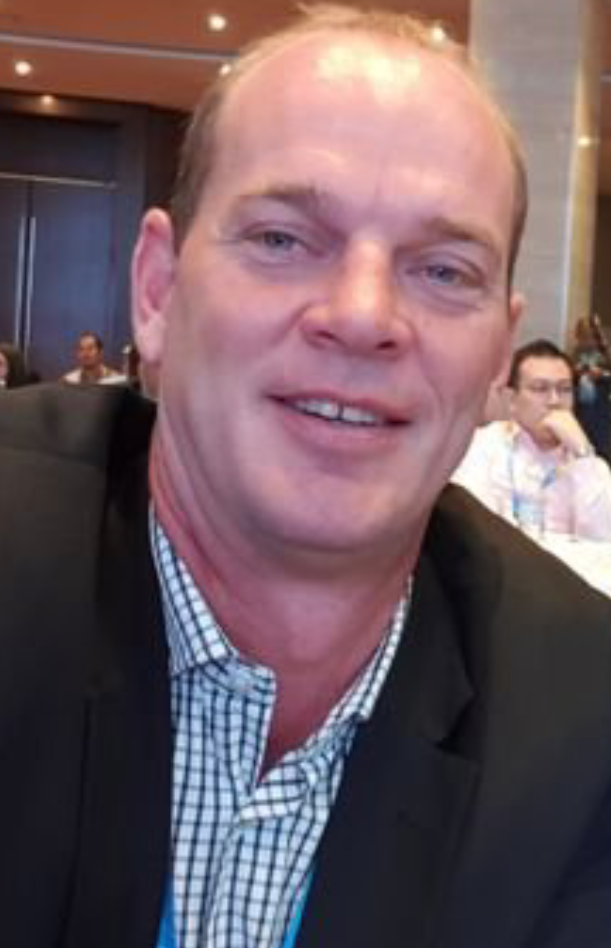 Mr Dave Gaybba is not taking it lightly with politicians today. He noted that some cabals have been working closely with some politicians and that is why no matter what these cabals do, they remain untouchable. He again stated, “People in the olden days had a way of expressing their feelings through music in such fitting ways. Some day humanity will awake and realise how long this Cabal and unrighteous politicians oppressed all of humanity for their gain. Show me one uniting people”. Dave often complain about the poor leadership in South Africa, declaring South African Politicians are just out to milk the country dry. He said that he must speak now because at last God will require judgement from everyone. He said, “I will never give up exposing the true enemies of South Africans from all races! They are evil and leave us with no real choices. This is why the majority don't even know whom to vote for… they will vote for “the devil they know” This is wrong people where is the righteousness?”. 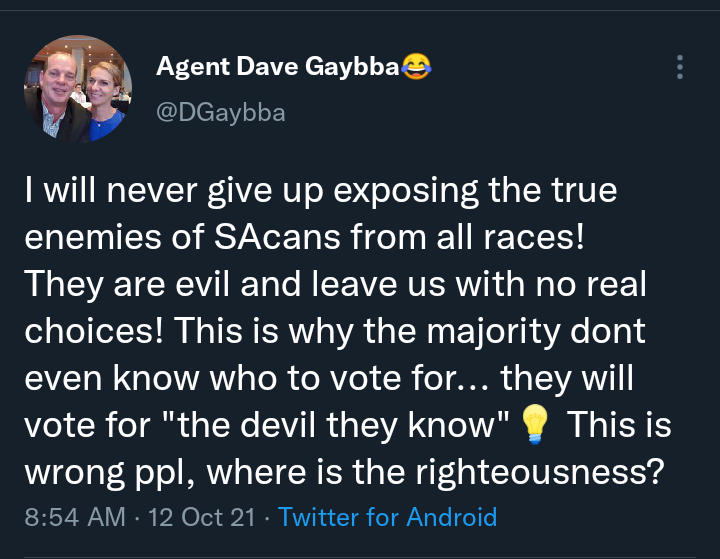 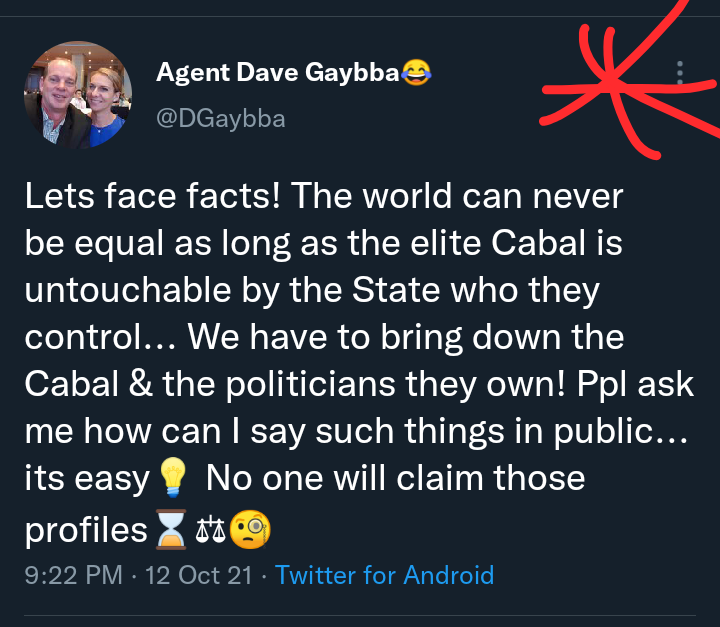 He also talked about the recent information that employers can sack employees who are not vaccinated. Regarding this, the white man states," They truly want to create chaos in South Africa if this statement is correct. Maybe it's time the people channel their energy to the source of all this evil… they hide in plain sight, just follow the money and link it to their cabal friends”. The question is who are these cabals Dave Gaybba is pointing at?