By DissentingVoices (self media writer) | 10 days ago 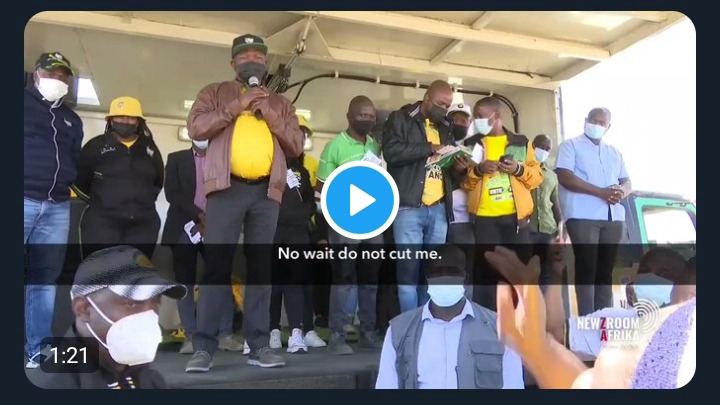 ANC members are taking the bull by it's horns, embarrassing their leaders in public over lack of service delivery in numerous municipalities.

Over the weekend, it was president Cyril Ramaphosa who came face to face with angry and drunk ANC members who tried to block his way and kept on shouting at him while he addressed party members in Kwa-Zulu Natal province.

Ramaphosa was swiftly moved from the stage and his convoy led to another area as part of his election campaign trail, but the message was delivered to him in an unpleasant manner that citizens are tired of empty promises.

Deputy president, David Mabuza was not spared at all as he too caught the flames during his election campaign in Standerton Mpumalanga where he was once a Premier.

The angry ANC member shouted at David Mabuza telling him that he should come with her and see the state of roads and infrastructure in the province.

She said Mabuza must have first hand experience of how it feels like to be living under such conditions, while the ANC officials only come during election period cruising in their fancy cars to make more empty promises to them.

David Mabuza seeing how angry the Mpumalanga resident was, he tried to cut her off, but it made the situation worse as she shouted even more getting the full attention of the media.

"No, wait do not cut me. When you're done here you're going to walk with me on foot and see the conditions I'm living in. The conditions I have been living in 24/7 for 19 years. Today you can see it," the woman fumed.

David Mabuza also tried to make another escape plan by saying he will come some other time to see the conditions, but the woman clad in ANC regalia was not having it.

"I don't want you to come, you're going to walk with me," she said furiously.

The ANC deputy leader could have seized the opportunity to make things right, but he obviously failed the test, when he told the angry resident that "I don't want to walk with you".

This clearly shows that Mabuza was just in Mpumalanga for the sake of votes and not to understand the problems that people are facing in the province. 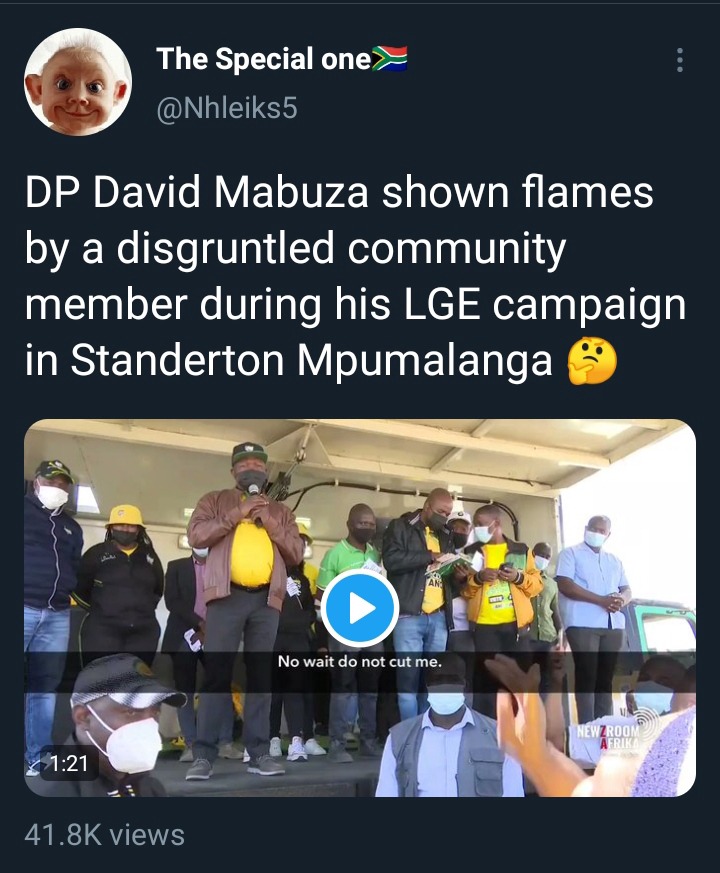