By FeleciaLera (self media writer) | 5 months ago

The former Springbok coach's wife was found drowned in Gqeberha. 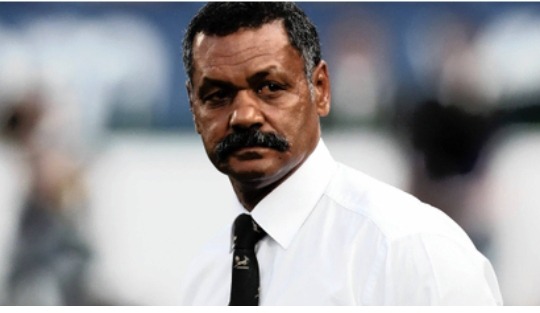 On Monday Theresa's body was found floating in a pool dead. Captain Sandra janse who is the Police spokesperson told the publication that a judicial inquiry docket has been opened.

A body was found floating in a pool in Fairview yesterday afternoon, 4 April. Walmer from the SAPS will be doing investigations on the incident.

It was reported that at around 12:00 afternoon the body of the coach's wife was was discovered in the pool in Redbud Street at a house in Fairview. The coach's late wife is from Paarl and she was visiting family in Gqeberha. A family member found her in the pool and it doesnt seem as foul play took place, Janse Van Rensburg told reporters.

GOOD which is a political party which the former coach De Villiers ran for ward council the previous year, wrote on tweeter sending their condolences to the former Springbok coach.

The political party GOOD added its heartfelt condolences to the former boks coach and GOOD Councillor, on the death of his wife. Our prayers and thoughts are with you, they said. "May you and your family be surrounded by love, peace and strength as you go through this difficult time", the party tweeted.

The wife's death comes after just three years of the passing of their daughter Odille Monk who died of cancer towards the end of 2019.

The coaching career of De Villiers ended when the 64 year old parted ways with the EP Rugby in September the previous year.

He had also coached Zimbabwean team but got fired when they didnot qualify for the 2019 world cup. Between 2008 and 2011 worked as Springbok coach and guided them to world championships and also won the Tri Nations titles in 2009.

The man is shot and killed

Son killed for being gay

Not Guilty: Malema and Ndlozi acquitted of assaulting a cop at Winnie Mandela funeral