It's time for Ramaphosa to consider taking legal action against Arthur Fraser. 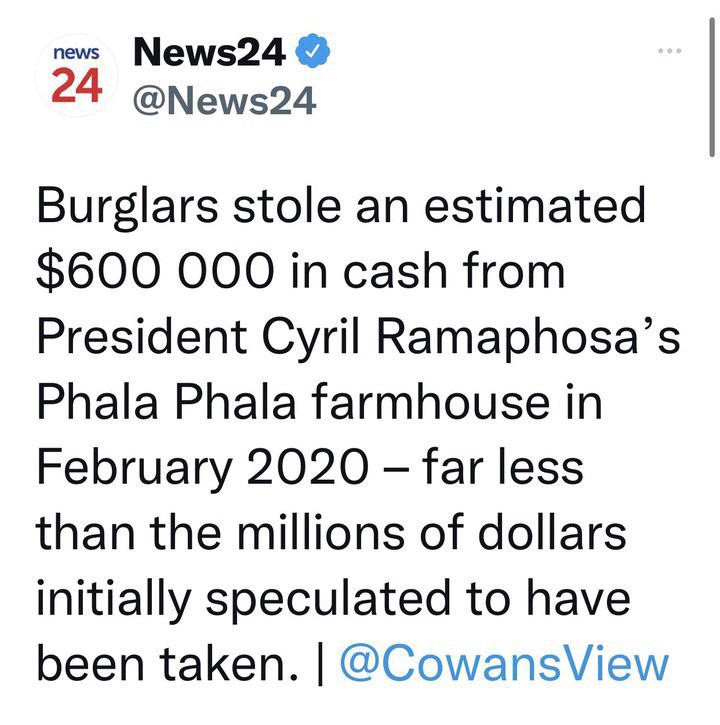 The scandal surrounding the burglary at the Phala property has generated a lot of discussion. Many people felt encouraged by Arthur Fraser's severe accusations against Ramaphosa, believing that he could finally be removed from office. Still, it appears that Ramaphosa has a valid reason to take action against Fraser.

According to allegations made by Arthur Fraser, four million South African rand were stolen from Ramaphosa's Polokwane estate. He further claimed that Ramaphosa had abducted and paid off the suspects, implying that the President had committed significant breaches. Sure, there was a crime at the property, Ramaphosa acknowledged, but Fraser greatly exaggerated the amount of money stolen. It was confirmed today that the amount of money stolen was not $4 million but rather $600,000. Similarly, Ramaphosa at first reasoned that the money came from the proceeds of the Ankole trades, which makes logical given the normal price of an ankole, which is in the millions.

Fraser was correct that a house invasion had occurred, but there has been no other proof that the culprits were apprehended and bribed. What's more, Fraser's mentioned cash amount exceeds the amount stolen from the farmhouse. The revelation of the missing money provides sufficient cause to pursue legal action against Fraser. The President, however, is not likely to take any legal action against Fraser.

In an effort to protect the President, many people acknowledge that the media has been caught. However, there is still a huge possibility that Fraser aided in the way he did for political reasons. It becomes clear at the end of the day that Ramaphosa is the most un-number one of many, which may explain why a smear campaign has been launched against him.

However, Ramaphosa should be treated as the President of the country till his term ends. We may get rid of him as President only when he's been proven guilty of wrongdoing and charged.

So, what do you think about this matter? Leave any thoughts you have below. Always remember to follow, like, and share for more joy and rejuvenation.

Taxi Turns Into A Boxing Ring: See How This Woman Beats Up Fellow Passenger

Millions of Floridians are encouraged to flee as Hurricane Ian approaches.