During election time many different political parties come out to campaign. They go to different locations and hold events, put up posters and hand out flyers, all to tell the South African public why they are the best party for the job. However during this time, human error can create a few hilarious mistakes. Below are five funny spelling errors from some of the ANCs campaign. 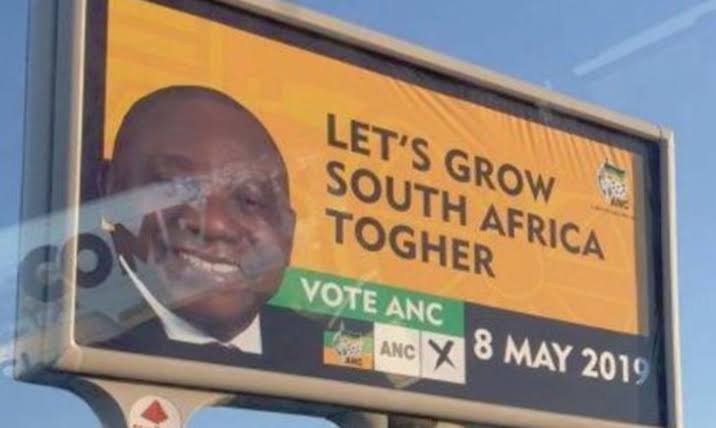 While growing South Africa Is very important, how you do it is even more important. The message here was for us to unite together and build up our country, unfortunately it was hilariously lost when the word "Together" was misspelled as "Togher". What's even worse is that this is not on a small flyer but on a giant billboard visible to everyone who passes it. 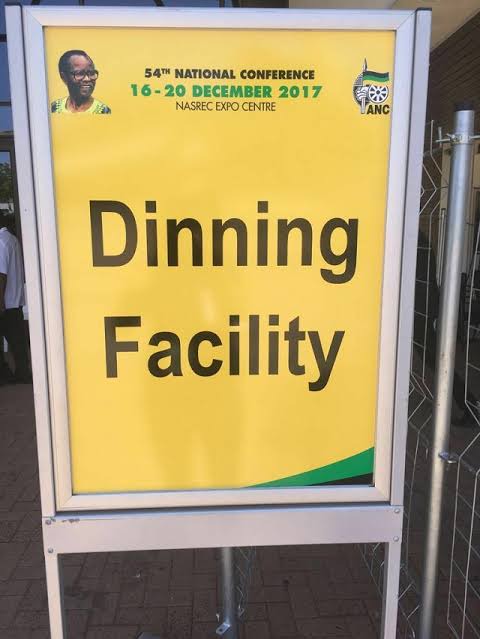 Some errors can be brought down to just a single letter. This sign for a expo center was supposed to show where the people were allowed to eat. Unfortunately one extra letter turned it from the appropriate "Dining Facility" into the incomprehensible "Dinning Facility". 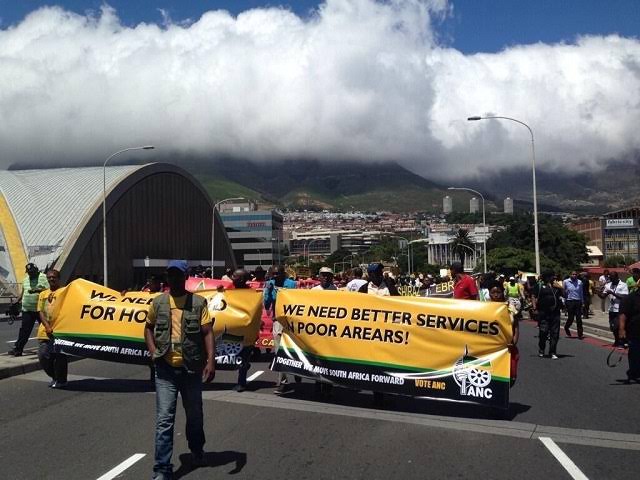 During a March or protest, the goal is to get people to hear about your grievances and have them fix it. So to get the point across, during this ANC march, a large banner was made to say that people need better services for poor areas. Unfortunately the word "Areas" was strangely misspelled as "Arears". Which I'm not sure is an actual word. 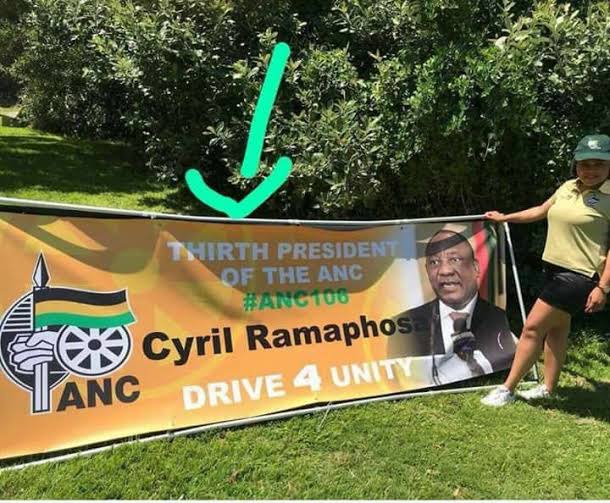 Finally this banner was made to honor President Cyril Ramaphosa being one of the president's of South Africa. However it hilariously described him as the "Thirth" president of South Africa.

These memes were all meant for humor purposes only and are not meant to offend anyone in anyway. What do you think of these observations tell me in the comments section and follow for more lifestyle news as it happens.