ANC head of elections, Fikile Mbalula,became a laughing stock after he urged people to vote for EFF. 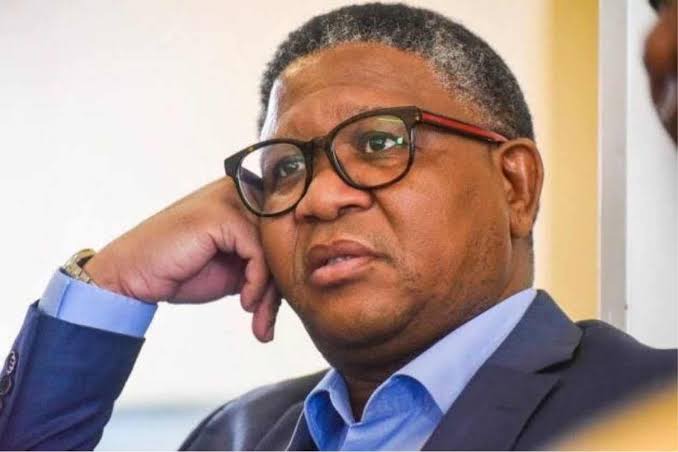 Johannesburg- Minister of Transport and ANC Head of elections, Fikile Mbalula turned into a joke following the tweet he made where asked people of South Africa to vote for ANC in the upcoming elections next week Monday.

This led the EFF leadership, Dr. Mbuyiseni Ndlozi and EFF Deputy President, Floyd Shivambu to pick at him and stated that his heart is with the EFF yet he works for the ANC.

Here is Mbalula's initial tweet that he has since deleted “The President is now in ward 26 addressing the community in Turfloop. ANC in Polokwane #voteEFF #BuildingBetterCommunitie

Both the EFF’s Mbuyiseni Ndlozi and Floyd Shivambu tweeted screenshots of Mbalula’s tweet and poked fun at him. 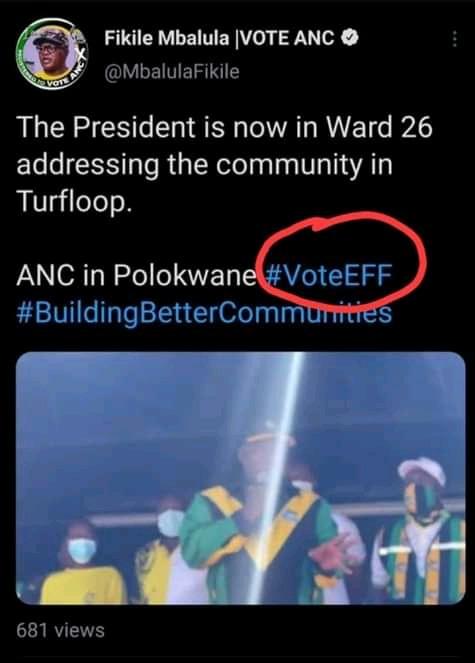 Mbalula deleted the tweet after some time and retyped the same tweet, replacing the ‘vote EFF’ hashtag with a ‘vote ANC’ hashtag.

Yesterday ended without Mbalula having addressed the faux-pas, instead, he opted to continue posting ANC campaign content.

The EFF, on the other hand, was having a field day with the screenshot of his initial tweet.

“Fighter Mbalula cannot hide his true intentions now. This is no longer a mistake. It’s a clarion call that all people of SA must #VoteEFF,” said Shivambu.

“The ANC head of elections Fikile Mbalula has called on all South Africans to #VoteEFF,” said Ndlozi.

“Could it be that my good friend Mbalula is batting for the wrong team? I think the EFF promised him a position or something,” she wrote.

Responding to the claims, Mbalula said the gaffe was an “autocorrect” moemish.

“Hold it Mr Shivambu, not so fast. That Twitter hashtag [is an] autocorrect. I want you to #VoteANC,” he told Shivambu.

Hold it Mr Shivambu, not so fast - that’s twitter hashtag autocorrect. I want you to #VoteANC

“Nawe ulapha mhlekazi (you are here too). I know the ground is tough, that’s why this Twitter autocorrect would be exciting. Tweet freebie. That’s an obvious Twitter tag autocorrect,” Mbalula told Nldozi.

After this Beautiful photos Of A Traditional Wedding were Posted, Mzanzi Noticed Something Stunning

Times Children Proved They Are the Most Talented Comedians