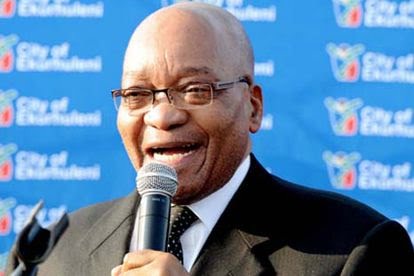 The main political player in the SA's state capture by the Gupta family, Jacob Zuma, finally advised by his legal team to react to the findings of the Zondo Commission, but pulled out the plug on the 11th hour.

The former President was meant to deliver the speech at a hotel in Sandton on Saturday 25 June 2022.

Raymond Zondo, the chief justice who carried out the four-year commission of inquiry into state capture paved by Zuma during his tenure as president, put on the table his final report to President Cyril Ramaphosa recently.

In a shocking incident Zuma only testified for three days at the Zondo commission, and never proceeded. He paid no attention to summons, even the Constitutional Court order to testify.

In a bid to remind Zuma of his unwillingness to cooperate, the ConCourt slapped him with 15 months' imprisonment for his denial.

Zuma was arrested on 7 July and two months later was controversially released on medical parole.

By that time one of his closest associates, Arthur Frazer, was head of the Correctional Services, exercised his powers by overruling the recommendations of a parole board.

Regardless of Zuma foundation's spokesperson, Mzwanele Manyi's assurances, Jacob Zuma was advised against appearing at the State Capture media briefing at the last minute.

It was reported that Zuma's camp would respond to the report and announce plans of action going forward.