Dali Mpofu: We Will Fight Them In Court 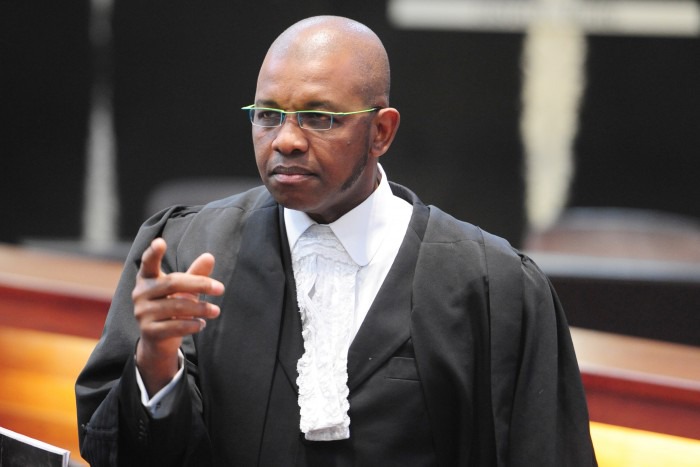 Economic Freedom Fighters were ecstatic after their former secretary general, Godrich Gardee revealed that he will be taking his career to the next level by establishing his own law firm.

This news was also music to advocate Dali Mpofu's ears as he reacted happily promising to join hands with Gardee and put up a protracted fight for the Economic Freedom Fighters in Parliament and in all other arms of government including the courts.

It means also that the red berets will now have several legal representatives to fight their battles in court.

"So proud of you My SG, My Learned Friend….No more points of order to Madame Speaker for you! We will fight them in Parliament, in the courts but most importantly on the ground! Same war. Different terrain.#NoLandNoEquality #NoEqualityNoJustice #NoJusticeNoPeace," said Mpofu. 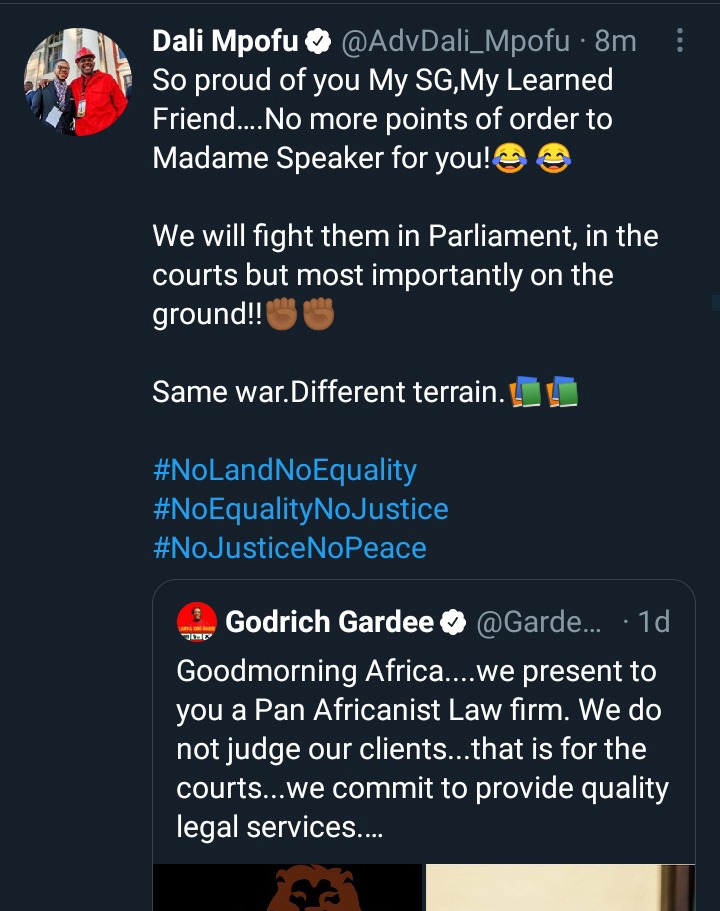 Dali Mpofu has been the only popular Economic Freedom Fighters advocate who was taking and fighting legal battles of top ANC officials.

Mpofu has been representing ANC officials for a long time and he has won numerous cases including the case of former speaker of parliament, Thandi Modise, case of former North West Premier, Supra Mahumapelo and many others.

But he has however been staggering in the case of suspended secretary general of the ANC, Ace Magashule whose suspension was uphold after the application to appeal was dismissed.

Ace Magashule was suspended from the ANC following his corruption charges, but he still maintains that it's part of a political witch-hunt.

His court victories in the past especially while representing those cases most advocates were not really keen to take up won him the name "people's advocate" which some still use when praising him.

It seems that Godrich Gardee will be joining the industry with already someone to look up to who has been in practice for a long time.