By TrendsZA (self media writer) | 2 months ago 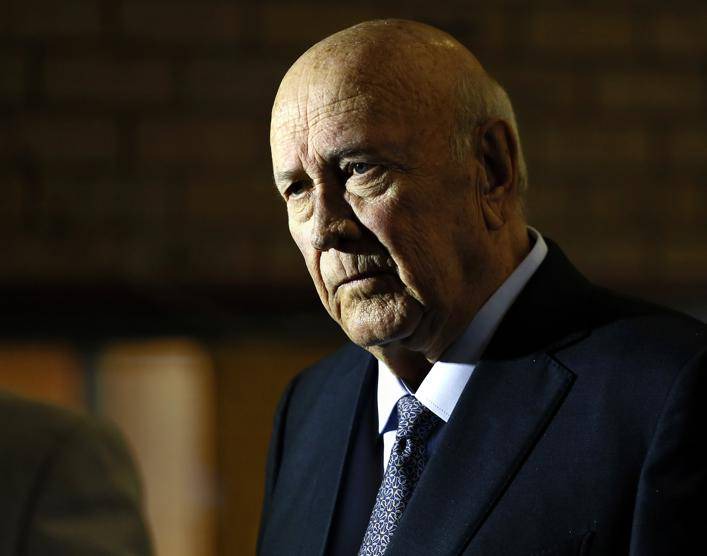 F.W de Klerk's death has been received with mixed reactions on social media with some crediting him for putting an end to the brutal apartheid regime.

While the majority of those who posted on his death on Twitter questioned why the former state-man was never held responsible for apartheid crimes committed under his leadership. 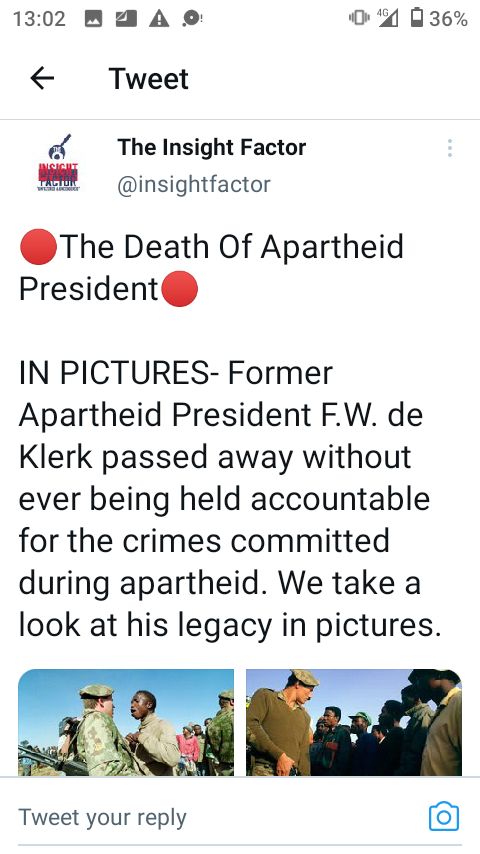 “🔴The Death Of Apartheid President🔴

IN PICTURES- Former Apartheid President F.W. de Klerk passed away without ever being held accountable for the crimes committed during apartheid. We take a look at his legacy in pictures. https://t.co/rBrMa305Tp” - @insightfactor tweeted.

Another Twitter user went as far as to state that the apartheid president was no hero and should not be celebrated. 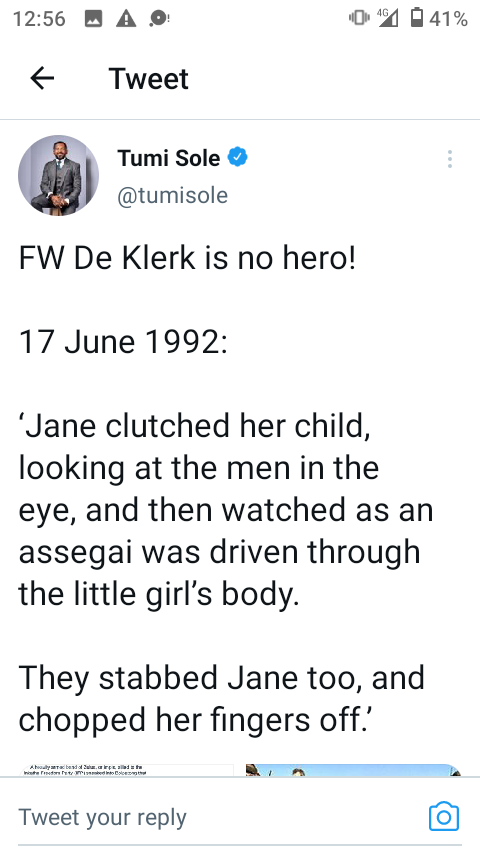 “FW De Klerk is no hero! 17 June 1992: ‘Jane clutched her child, looking at the men in the eye, and then watched as an assegai was driven through the little girl’s body. They stabbed Jane too, and chopped her fingers off.’ https://t.co/FcDgKJgG5t” - @tumisole wrote on Twitter.

With some coming to De Klerk’s defence, one Twitter user reminded everyone that the former President did not rise to the top of politics without a track record. 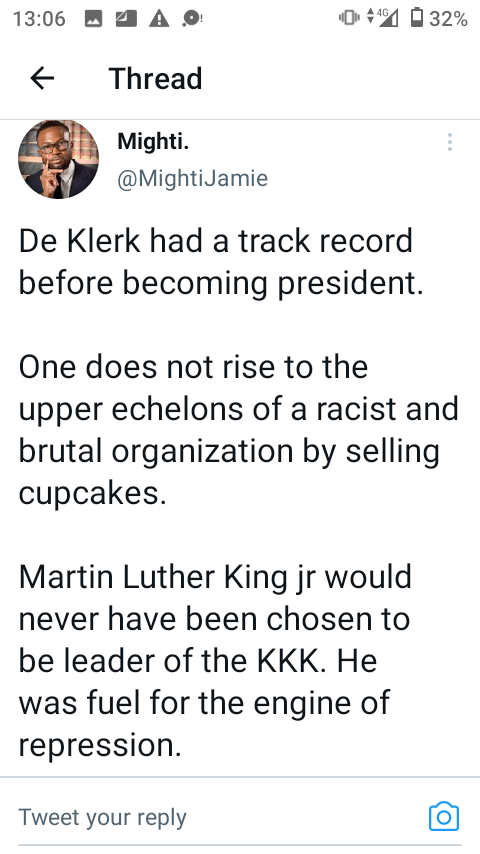 “De Klerk had a track record before becoming president.

One does not rise to the upper echelons of a racist and brutal organization by selling cupcakes.

Martin Luther King jr would never have been chosen to be leader of the KKK. He was fuel for the engine of repression” - @mightijamie added.