"No Respect, They're Morons" White SA Man BLASTS Ramaphosa And Cele Over Latest Claims On Crime

By Nozizwe_Wilson (self media writer) | 10 days ago

"No Respect, They're Morons" White SA Man BLASTS Ramaphosa And Cele Over Latest Claims On Crime. In recent times even as the local elections are about taking place in various places, most South African leaders have been coming under heavy fire and criticism, as to how they've conducted themselves in power over the years. Especially those ANC elected officials.

The two most trendy of politicians being bashed is that of President Cyril Ramaphosa and his cohorts who went for a door to door campaign seeking for votes from the people of Soweto but almost got mobbed by youths he promised 1 million homes. 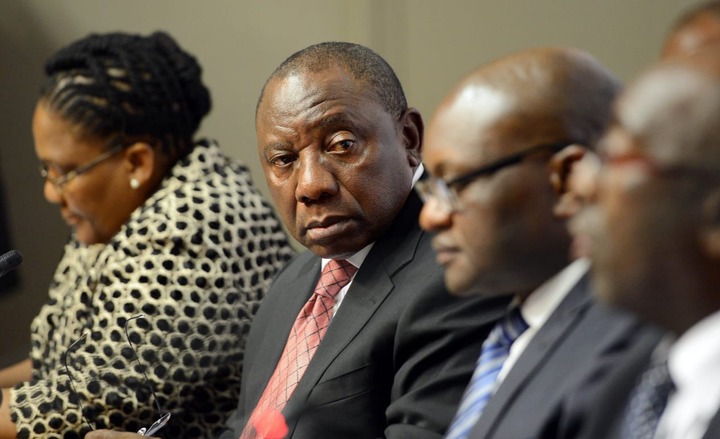 On the other hand is the fact that the ANC party has been characterized as a ANC of thugs and thieves especially in the security sector. Where we've had incessant cases of roadside theft, car hijacking even in broad daylight. Yet Bheki Cele is doing little to nothing to fix this issue.

Even more annoying is the fact that these so called leaders have not been living up to what's expected of them in their various areas of jurisdiction. But make it a habit for them to blame their lack of delivery on very stupid things, is appalling. 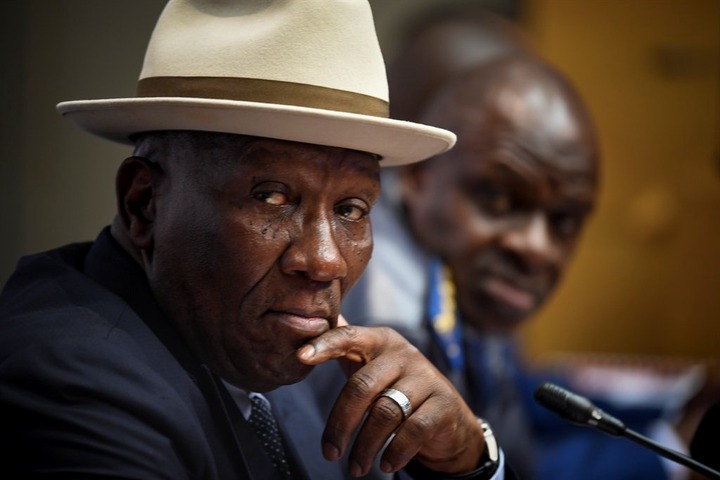 A white South African man has taken to his Twitter account to dig into Cyril Ramaphosa and Bheki Cele, whom he described as people who don't have respect and are moron. In his tweet, he hinted the fact that Police leader, Bheki Cele blames the high rate of hijacking crimes on pot holes.

The man known simply as Gvan Onselen, further added that a president who respects hi people would never let someone like Cele to be in the top cabinet of the government. This he said linking them all to be birds of the same corrupt feathers.

Here are a few reactions below; 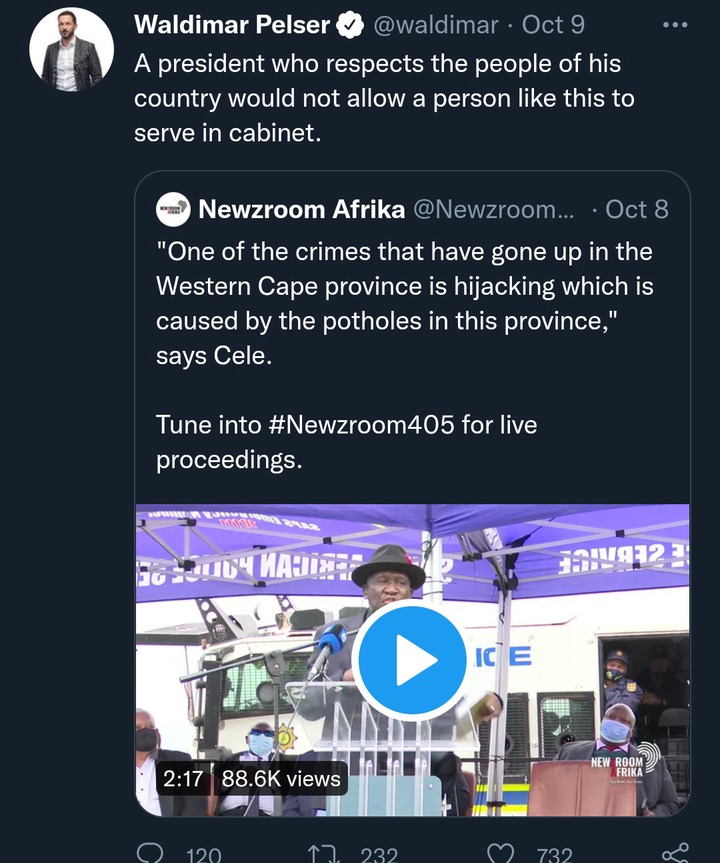 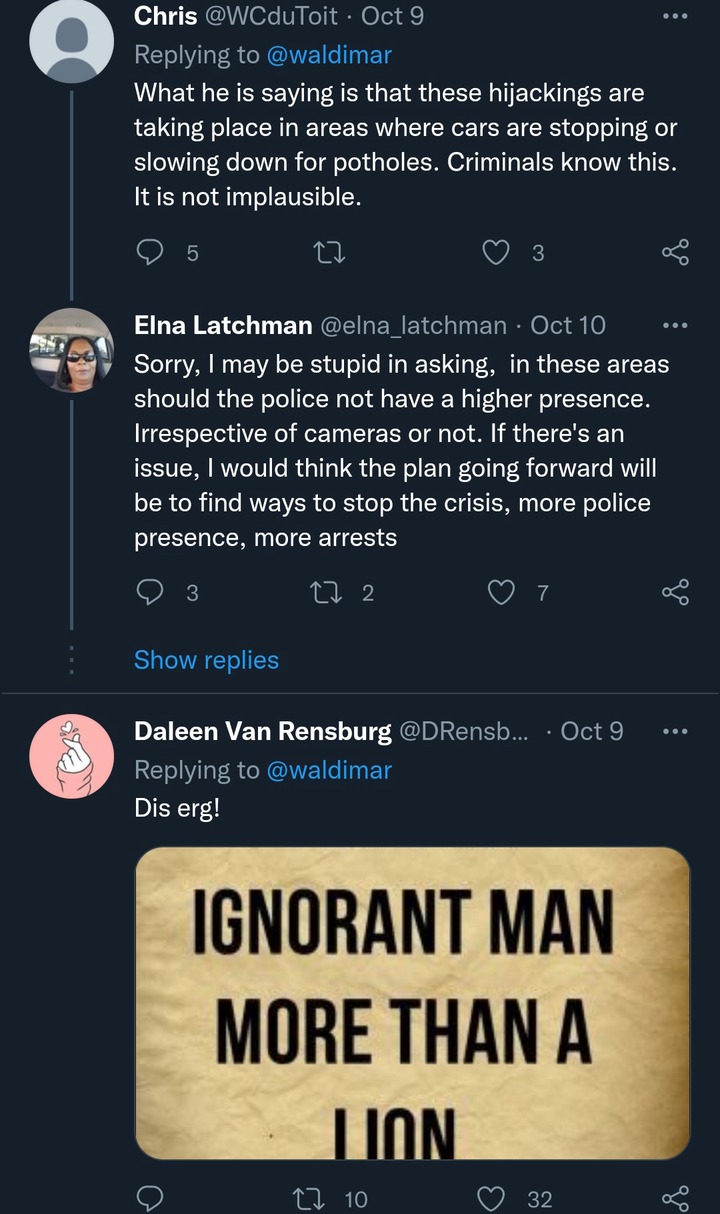 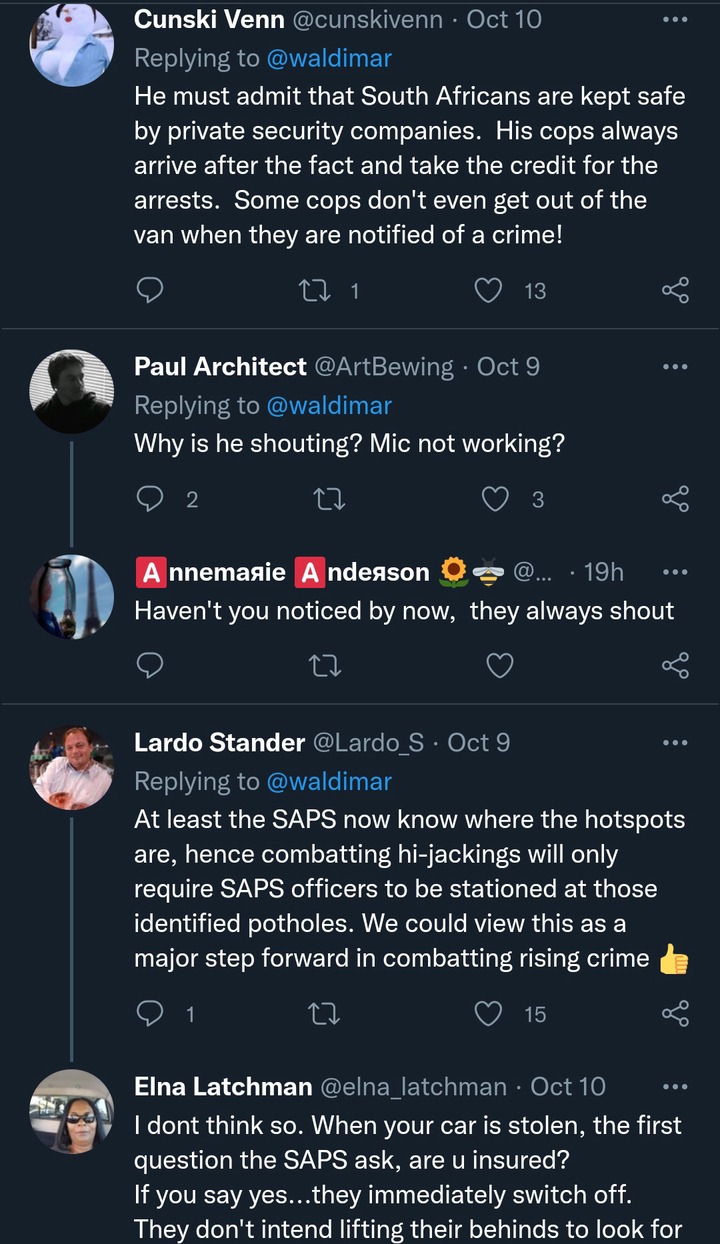 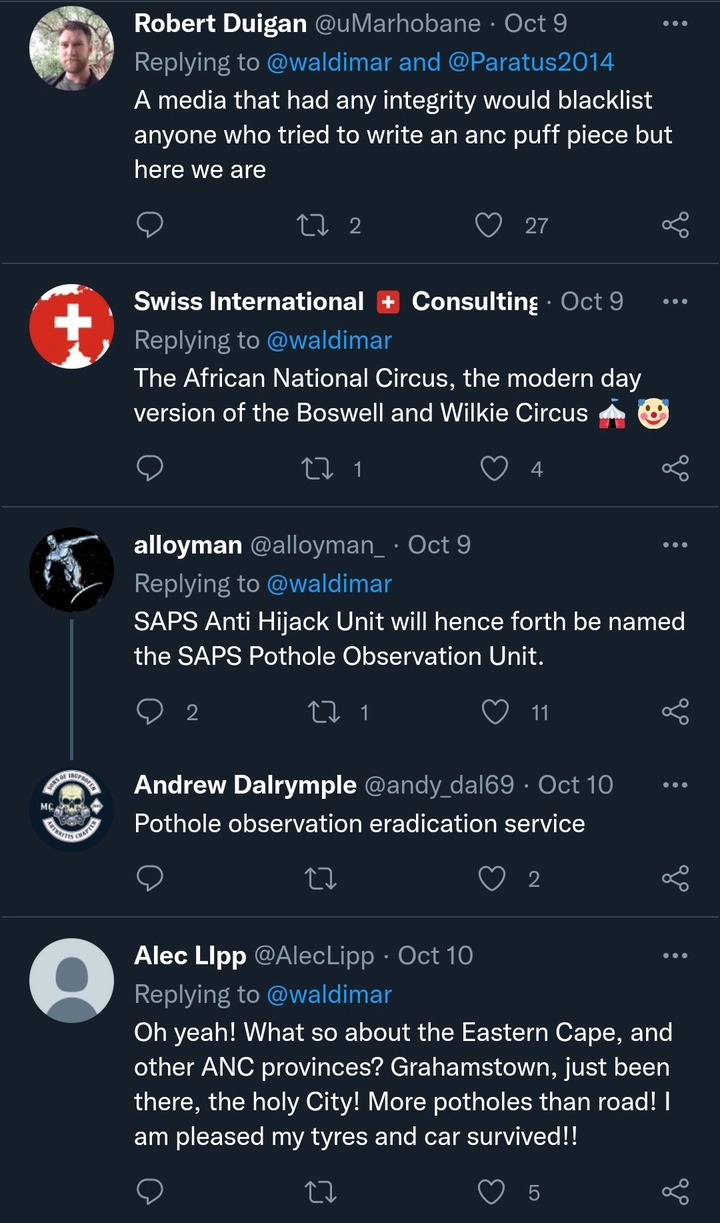 Click on the blue coloured link below to see video:

Things You Should Never Do While Spending Time With Your Partner.

Finally Lerato Kganyakgo Just Confirmed What Many People Have Been Saying About Vusi Nova. See Below