Kremlin wants Biden to apologise for calling Putin a killer 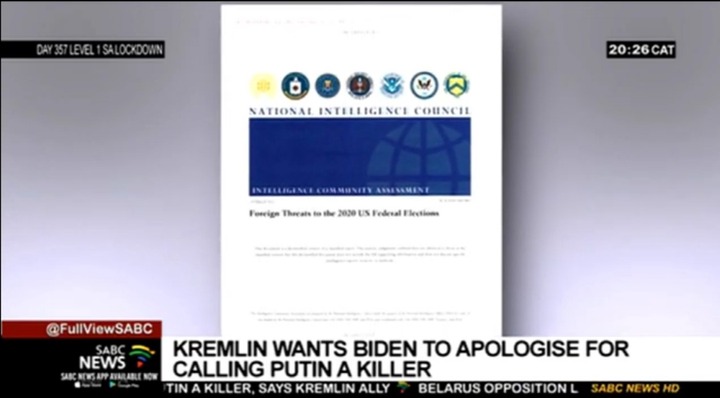 Moscow recalled its ambassador to the United States for urgent consideration over the future of US-Russia ties.

Biden's remarks is followed by an intelligence report that concluded that a Russian leader directed an interference campaign into the 2020 presidential election in favour of Donald Trump. 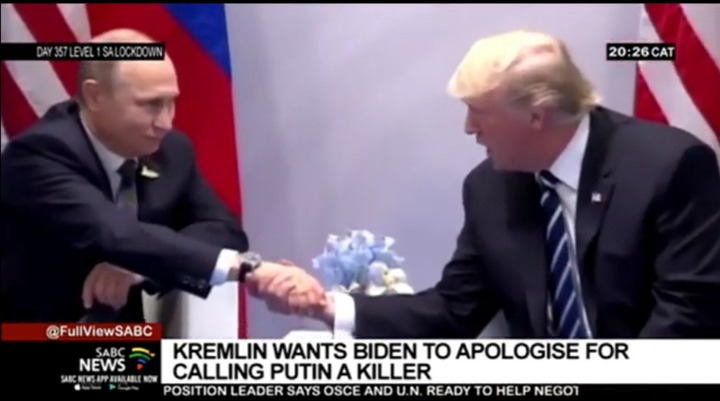 The report from the office of the director of national intelligence accuses Moscow of seeking to push influence narratives, including misleading and unsubstantiated claims against then candidate Biden.

US intelligence have also concluded that Russia sought to meddle in the 2016 elections through cyber attacks and hacking. A claim Moscow denies.

The Russian President responded by saying, it takes one to know one. That has deep meaning even since playing as kids. We always see our own traits in other people. eNCA's Sherwin Bryce-Pease filed this report Courtesy of#Dstv403

Sithelo Shozi is breaking her silence

Breaking News: People are losing interest in buying cars because of Increase in Petrol price.

3 Surprising Flirting Tips That Will Make Him Crave You