Prof. George Wajackoyah, a presidential candidate in Kenya, has pledged to legalize marijuana cultivation in order to reduce the nation's $71.4 billion debt load. He wants to start exporting dog meat and snakes to China. He declared that his government will execute corrupt individuals. The unveiling of George Wajackoyah's manifesto on Thursday resembled a reggae show more than the yearly event where presidential hopefuls lay out their plans for the country. Before mixing with the other guests at a makeshift disco, Wajackoyah and his running buddy Justina Wamae would dance on the dais, which bore no resemblance to a dignified setup.

Instead of the opulent leather seats preferred by the rich and powerful, they had wooden ones, and two wood lion statues flanked the pair instead of the Kenyan flag. All of this was done on purpose as part of Wajackoyah's strategy to present himself as a straightforward man. The event's setting, the Kenyatta International Convention Centre auditorium, had moving headlights that flashed yellow, red, and green as reggae music blasted from every angle; the invitation had said that the event would begin at "4pm to late." Speeches were outnumbered by music, and it appeared that this was the intended outcome. Wajackoyah was dressed suitably, wearing khaki fatigue in a jungle-green colour and a durag over his head. Ms. Wamae chose to dress in traditional Agikuyu garb. 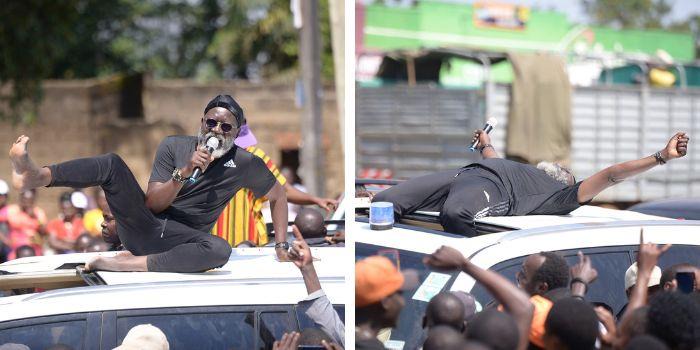 And they talked less and hopped around more. Many of their fans, who sported dreadlocks, bopped their heads to the beat of Marlon Asher's Ganja Farmer, Iron Lion Zion by Bob Marley, Calypso on the Island by Stanley and the Turbines, and Cocody Rock by Alpha Blondie. Vultures by Israel Vibration was played more than ten times, and it was used to welcome the Roots Party leader into the crowded theatre. The bridge in Vultures was sung by a live band as "Wajackoyah," making the song the clear favorite. The absence of marijuana, the first item on Wajackoyah's platform and remains illegal in Kenya, may have been the only drawback.

The only smoke that was produced was dust, which was propelled high by the fans of Wajackoyah who were deeply engrossed in the reggae music. No one had brought marijuana into the location, not while Wajackoyah was still a candidate for president, according to police sniffer dogs. There were Rastafarians present, and they would chant in support of Wajackoyah. The concert doubled as a seminar on the legalization of marijuana, which the auditorium's enormous screens promoted as "freedom." The screens stated that "Freedom is coming." Free will is bangi. A marijuana leaf emblem could be seen on a screen that was installed in the lower middle of the hallway. The speakers also defended the necessity of legalising marijuana, describing it as a heavenly plant. According to Wajackoyah, decriminalizing marijuana would put a stop to police harassment of persons arrested for possession, and Kenya would turn into a "hemp country." 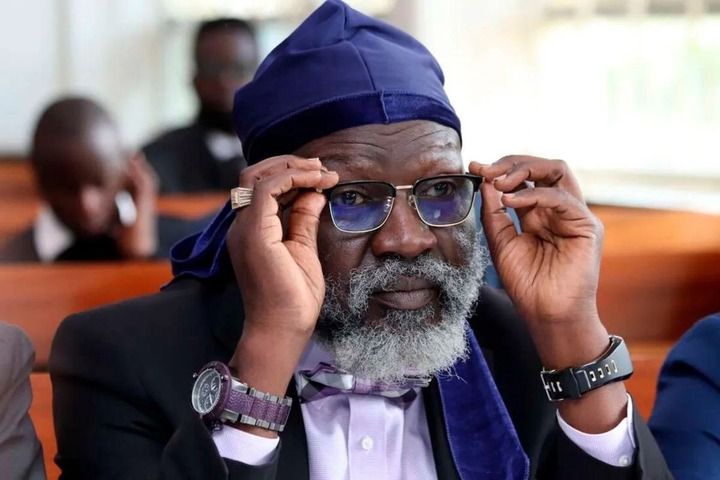 He claimed that "police turn into judges, doctors, and psychiatric specialists, harassing people in front of the media without establishing their guilt." Additionally, he claimed that marijuana would spur economic expansion, which would help revive the economy, which he claimed was in ruins and bankrupt. He also urged the clergy to refrain from criticizing them for their views on marijuana. "Those who are denouncing us ought to read our manifesto first. Before passing judgement on us, they ought to invite us to a discussion. They have no right to criticize our attempts at healing "said Wajackoyah. He also pledged to work for judicial reform to get harsh laws repealed.

The leader of the Roots Party also urged his rivals to practice good political manners, alleging that they were being attacked by trolls on social media. Those who claimed that Ms. Wamae and Wajackoyah were projects were refuted. "Kenyans, you love us wholeheartedly, and we won't let you down. We would support you all the way "The kids would be at the forefront of their agenda, Ms. Wamae continued. Ms. Wamae claimed that their campaign will provide answers to the nation's unemployment problem and help reduce its debt. Regarding a strategy to relieve Kenya of foreign assistance, she stated, "Let us water our grass in Kenya," adding that legalizing and regulating hemp was a high priority. "We conducted research, finding that the going rate for industrial hemp is Sh159,000 per kilo. 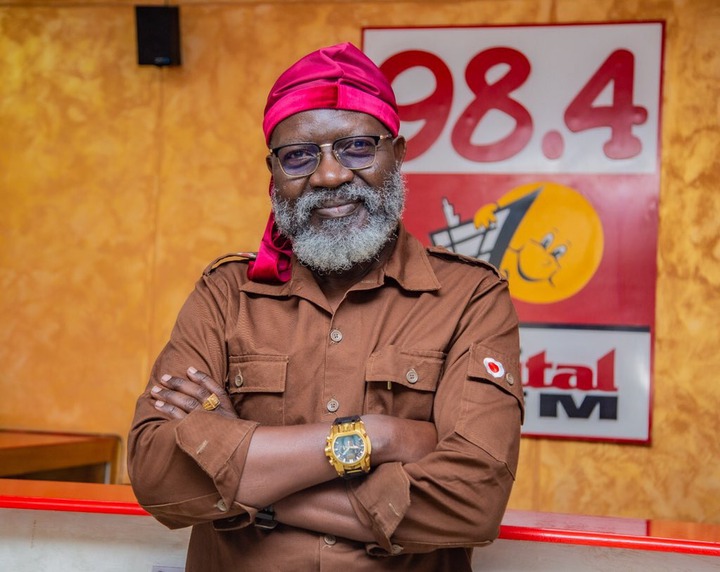 The government's role would be to generate riches, "Wamae continued by claiming that marijuana will make more young people into farmers and by guaranteeing them a grant of Sh2.8 million to use as seed money for marijuana plants. She also explained how the government would lower the cost of food and medical care. She would also declare that it is humbling to be sharing a ballot with her former MP, Raila Odinga. The proponent of hemp use Dr. Gwada Ogot claimed that marijuana was the most lucrative cash crop, both commercially and medically. He emphasized the advantages of the crop, which he claimed could be used to produce body oil, money notes, and textiles.

Dr. Ogot asserted in support of marijuana that it has divine approval, citing passages from the Bible such Ezekiel 34:29. He promoted the green herb's financial advantages by saying, "I am at peace with nature, and I have no difficulty with the green herb." "Now is the moment for a doctor, teacher, or anyone else to have money in their pocket because they own half an acre."