An aggrieved ANC member said that he did not vote for the ANC because the ANC he is seeing now was not the ANC he knew. He said a lot had changed in the party and there is no more unity in the party that was once united, “We spent a lot of time arguing with each other than taking the message of the ANC to the people. The ANC deserves what it got in ward 85. People like me who love the ANC decided not to vote because this is not the ANC we once loved", he said painfully. He noted that only a renewal of the ANC will bring voters beck, else things will keep getting worst because people are angry with the party. He disclosed that the ANC is due for overhauling, unfortunately, he lamented that the party is not making time to focus on this. Furthermore, he disclosed that if nothing is done about this renewal, the national election will be a disaster for the ruling party. Likewise, he lamented that people who are supposed to act as leaders in the party have resolved to be fighting factional wars, tussles and arguing among themselves. Furthermore, he made it known that the ANC deserve what it got in the local government election. 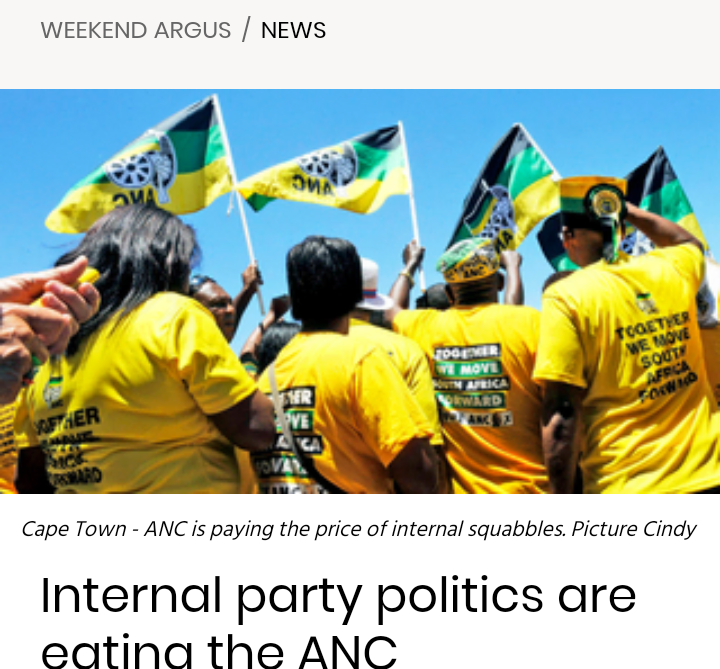 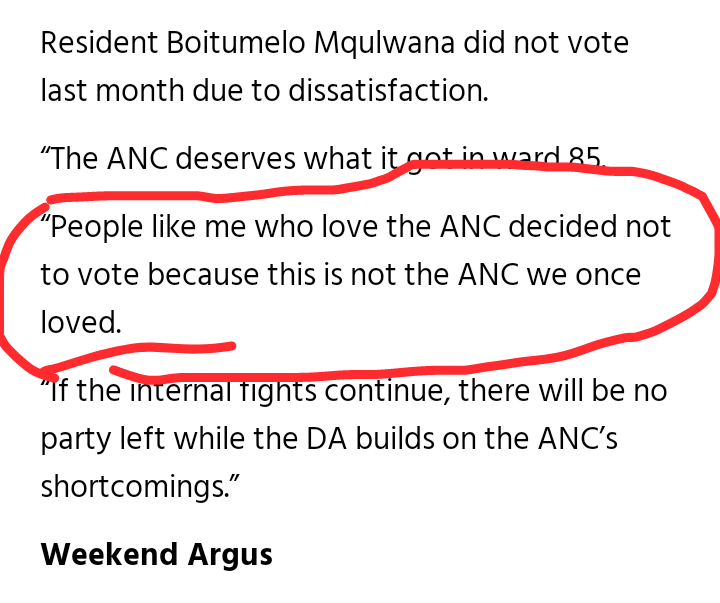 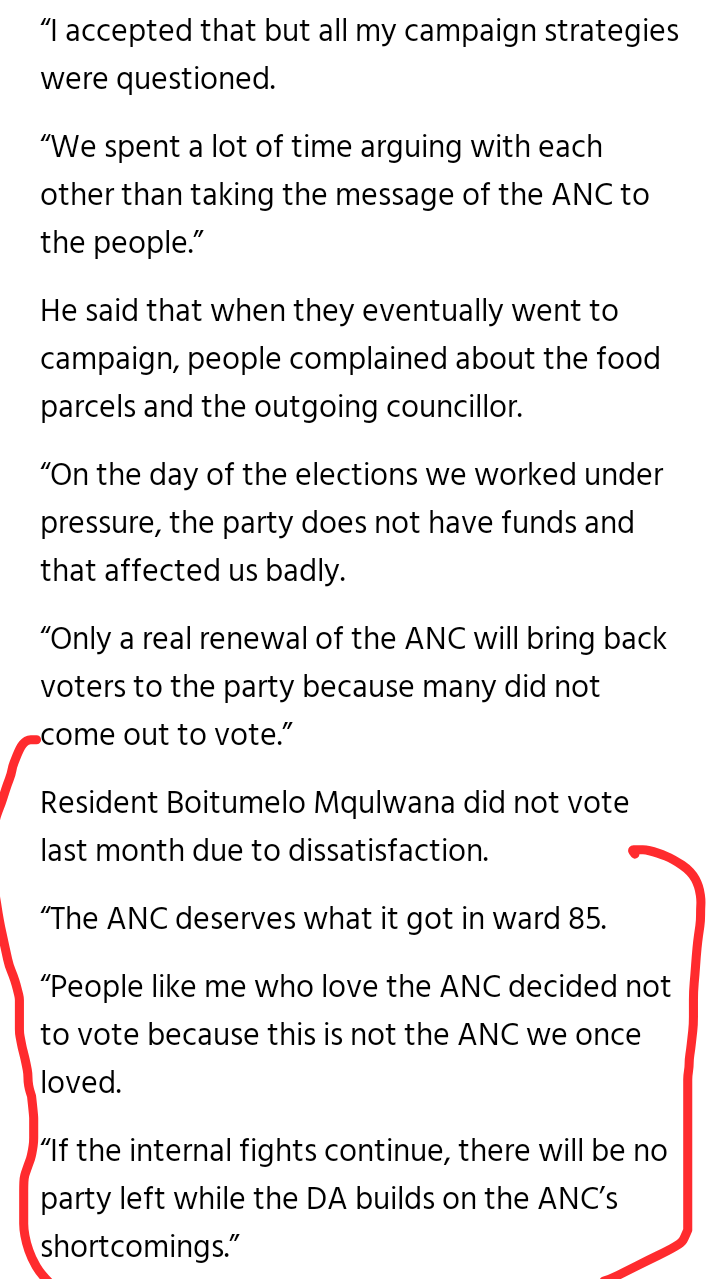 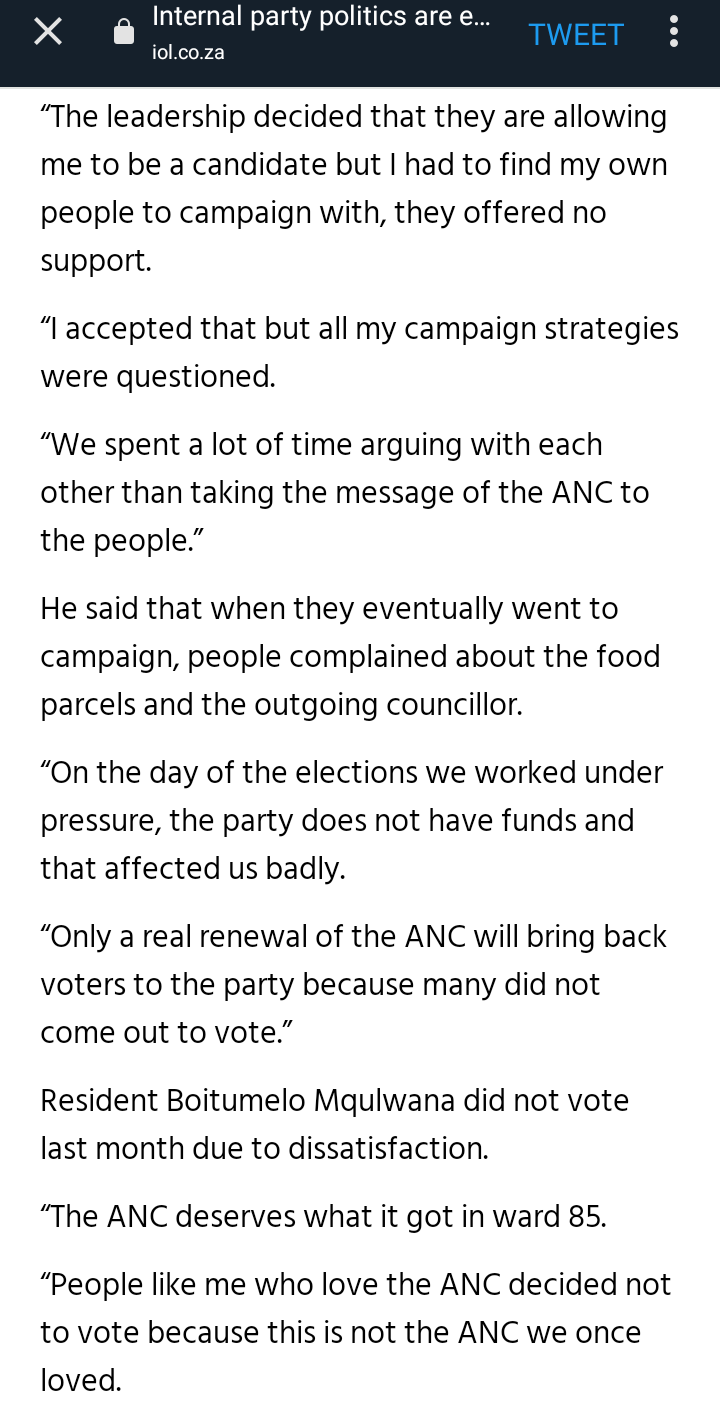 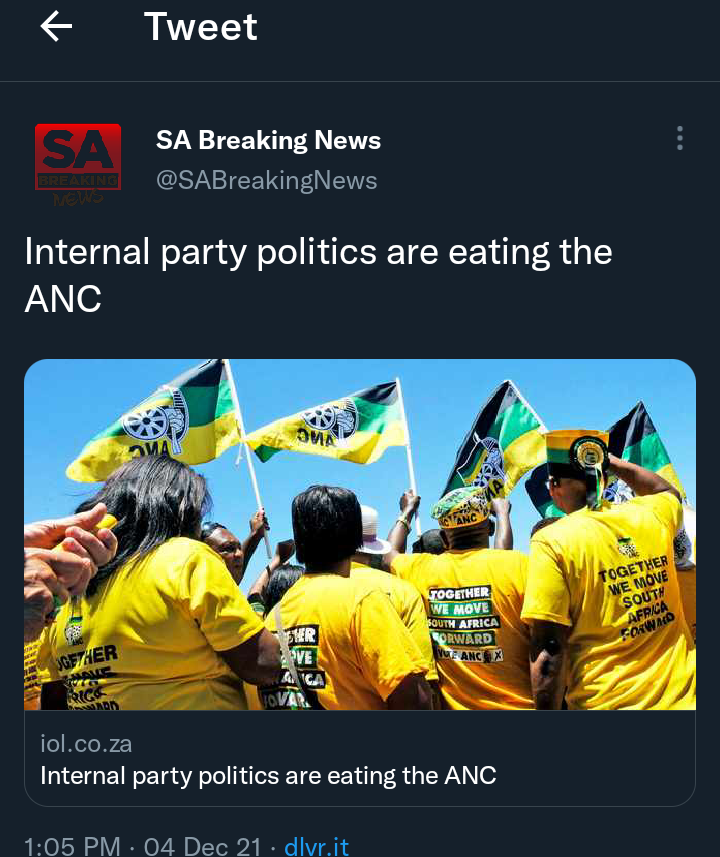 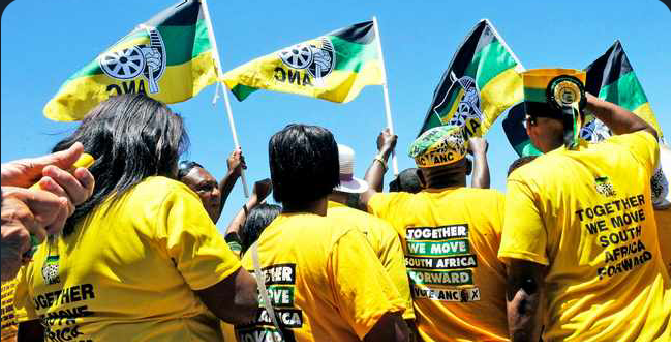 Another ANC Councillorship Aspirant who lost to a Democratic Alliance candidate in ward 85 said that many factors were already against them even before they went into the election. He noted that many people were complaining about the ANC,, and he knew it was certain he would lose the election. He further disclosed, “On the day of the elections we worked under pressure, the party does not have funds and that affected us badly. Only a real renewal of the ANC will bring back voters to the party because many did not come out to vote”, he lamented. With this revelation, he said that the ANC needs a lot of reshaping, and he said he is not sad that he lost the election, but he is sad because of the way the ANC is going. ANC candidate Mandla Geja blamed internal party politics that led to the loss.

Many blamed the new demarcation, but he said it had no impact on elections. According to him, if the faction continues, the ANC will be left with nothing in no distant time. He cried for the condition of the ANC now. 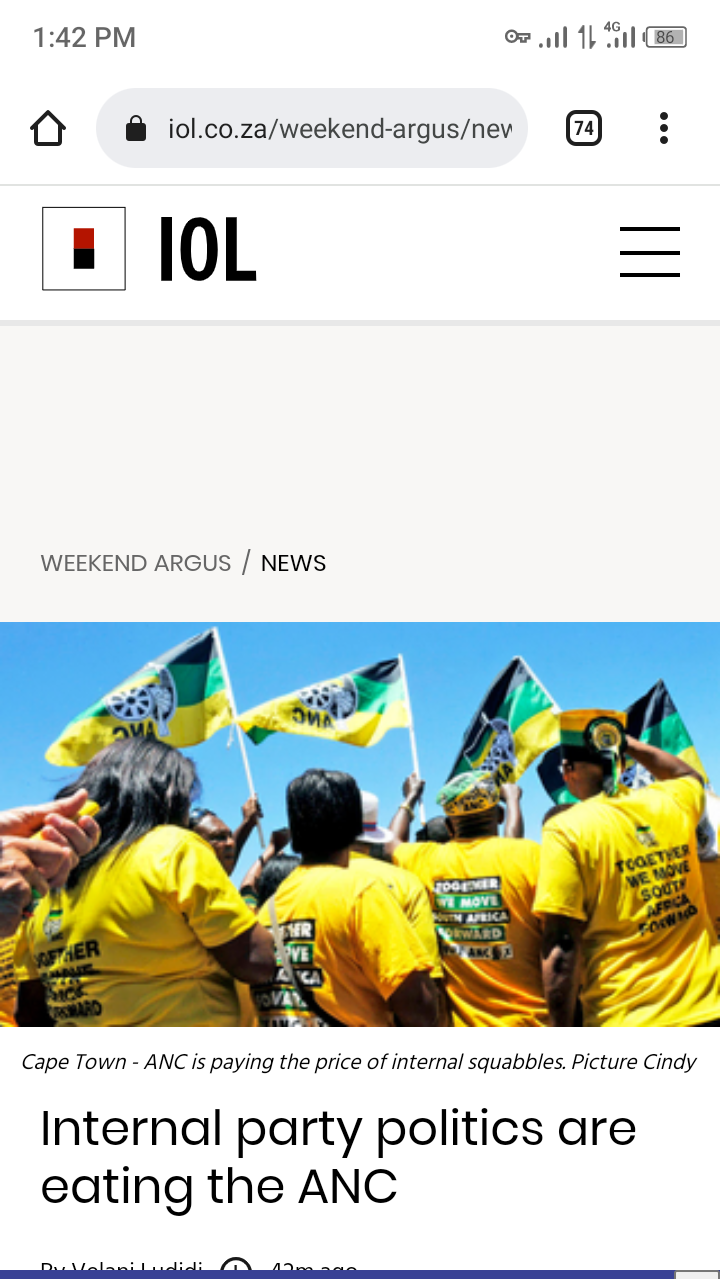 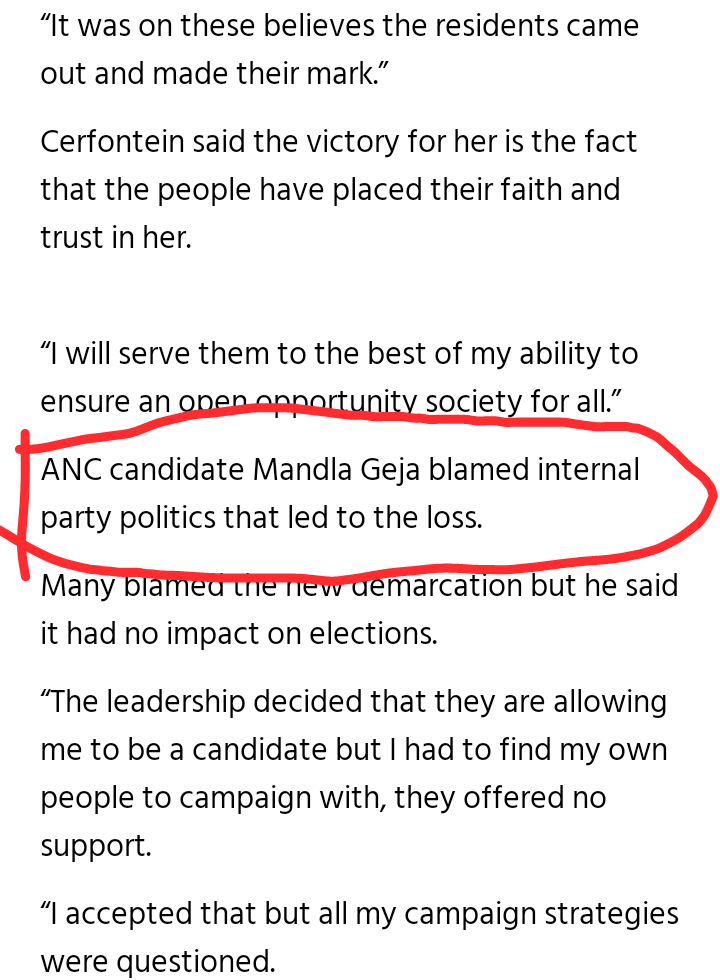 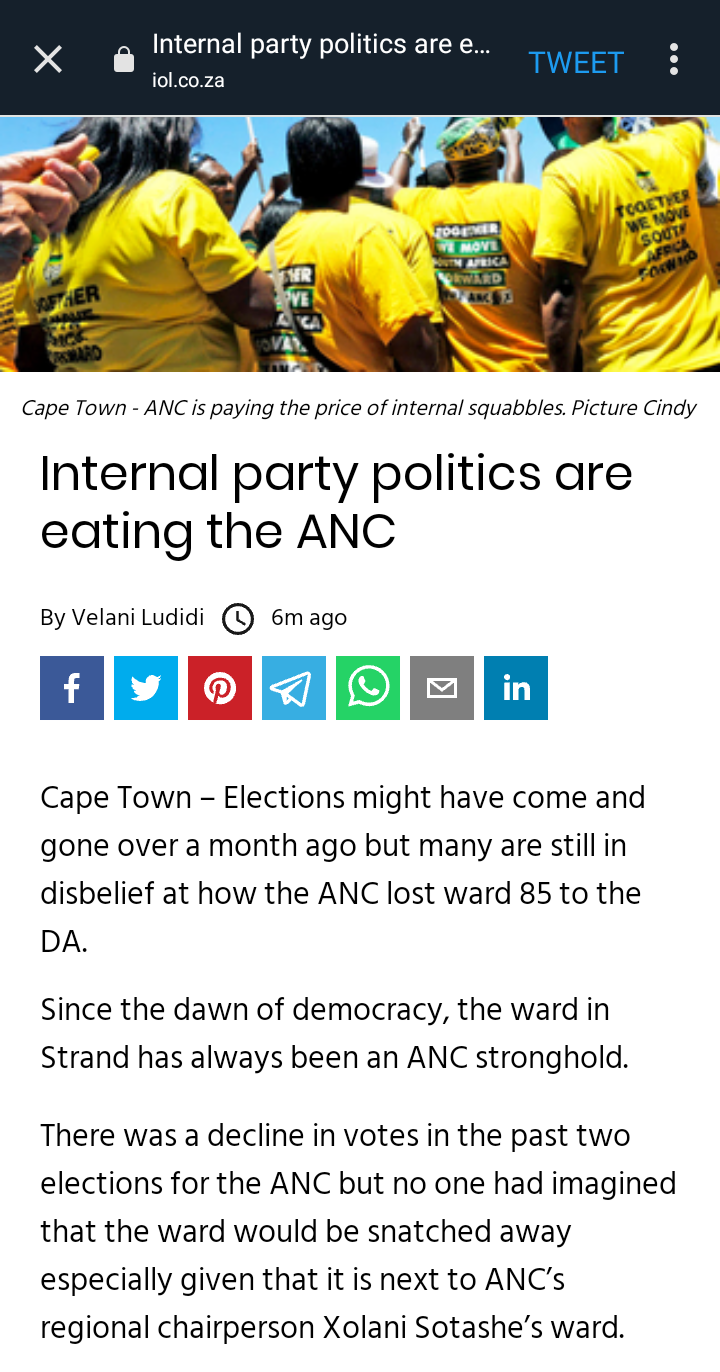 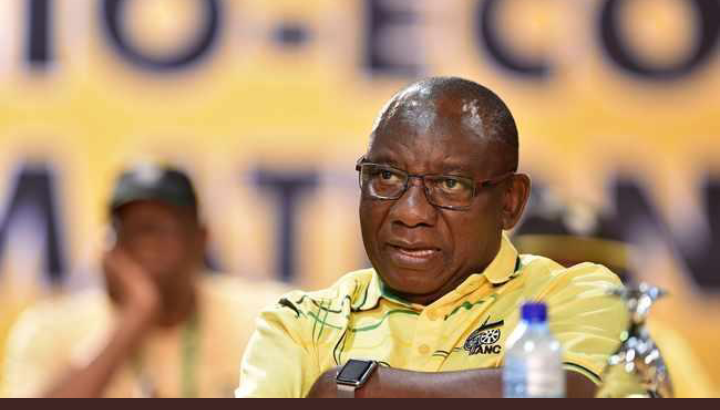 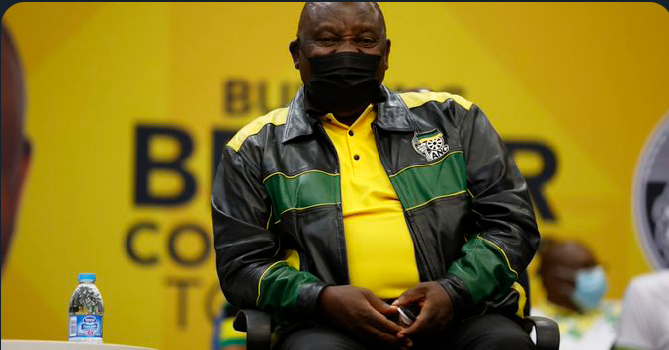 Patrick Shai's daughter says she does not understand, following the death of her father

PSL Reports: Soweto giants released their star player due to this bizarre misconduct

My boyfriend does not care about my children: Opinion

Unexpected || Lady Du Hits Back To Mzansi People And Left Them Speechless, See What She Did

How to Live A Romantic Life