By siphomnguni92 (self meida writer) | 1 months 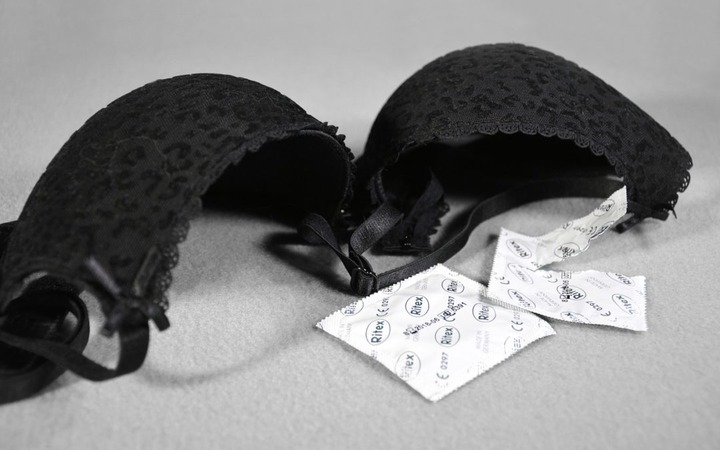 The country has been on an on going debate about whether prostitution should be made legal or not. This is the same debate that went on for year were people were asking for the decriminalisation of weed, although it eventually came to an end as there was a middle ground that was met. However, the battle on the legalisation of sex work continues to this day.

Today the argument came back again and Twitter has been blowing up since. The trending of the subject is the reflection of what majority of people want, and on twitter it is contrasted with different views - which some are for the legalisation and some aren't. While others have continued to make it clear that prostitution has existed long and that it has taken different forms over the years. 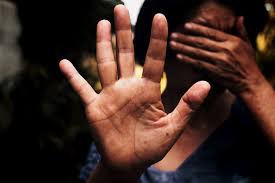 Many believe the culture of Slay Queens has been another variation of prostitution, one twitter user eloquently said that Slay Queens is prostitution going private. Others maintained that if someone wants to make money with their bodies they should be at liberty to do so. It's their bodies. The views are mixed on the issue and they continue to oppose each other on the matter, what is clear is people want to do what they want with their bodies.

Check out this tweets. 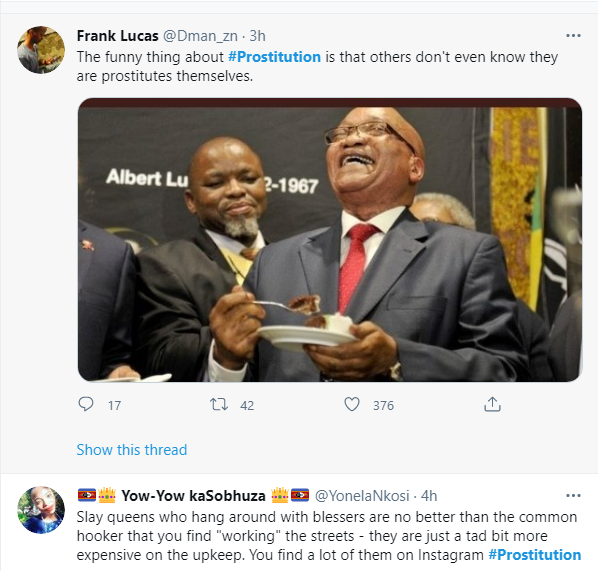 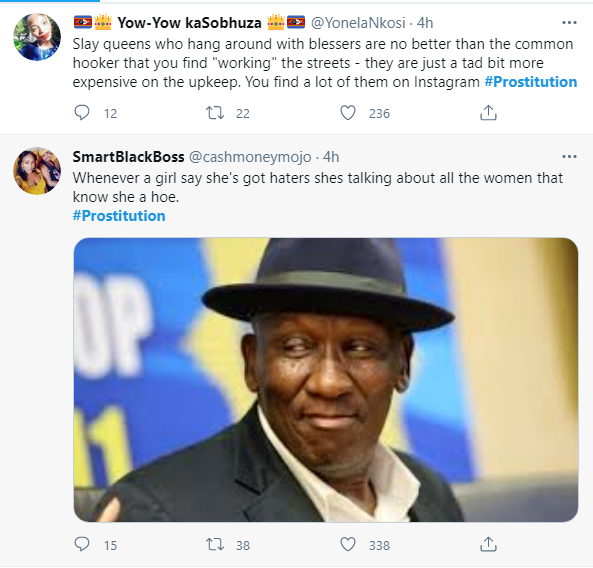 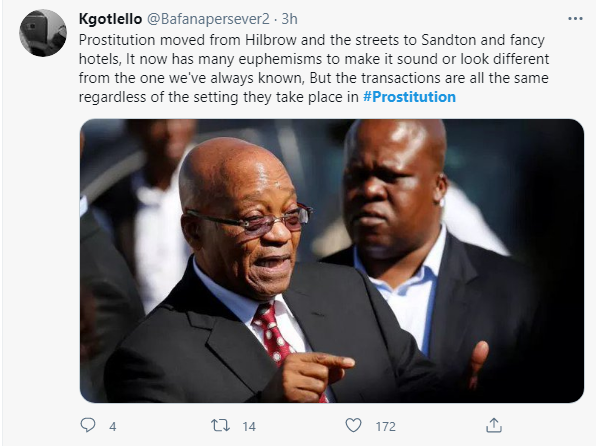 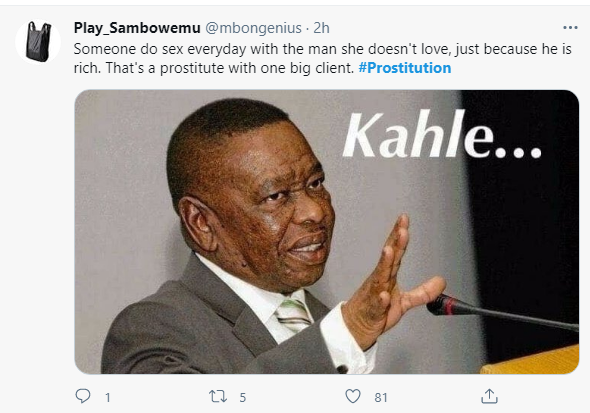 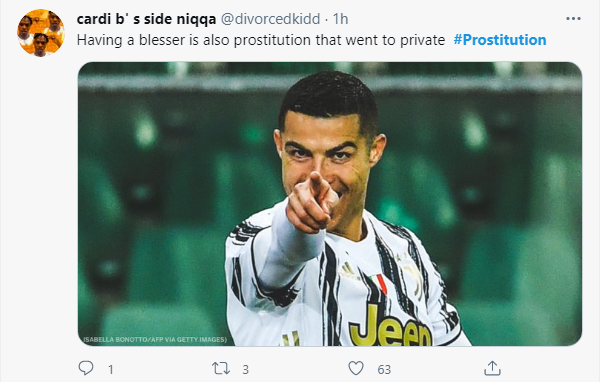 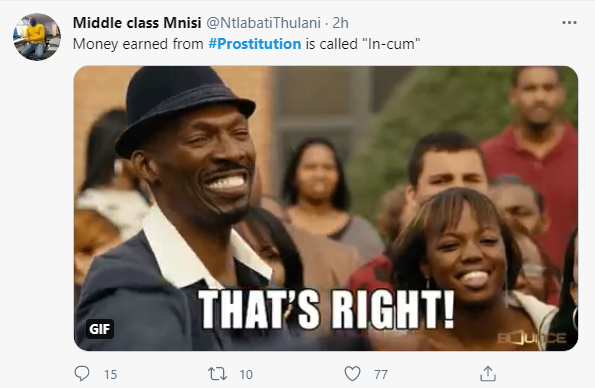 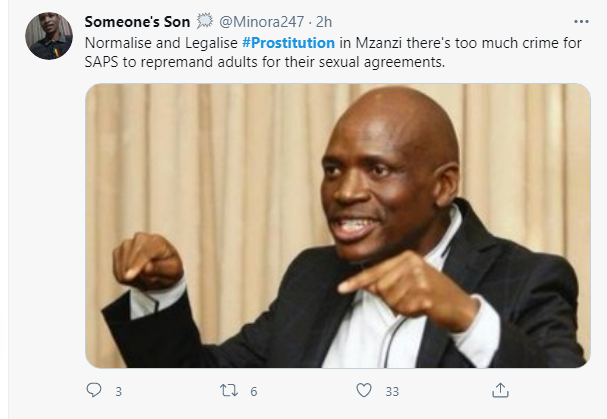 What Are Your Thoughts

He Bursted into Tears It Keeps Shrinking: Anonymous Confession

Pain, Tears And Sorrow At Memorial Service For Lufuno Mavhunga | See This

Tira and wife attacked by fans

Would you take out your ex-girlfriend/boyfriend?