Incidents that can make South Africans to vote for EFF

By AfricanNews.com (self media writer) | 9 days ago 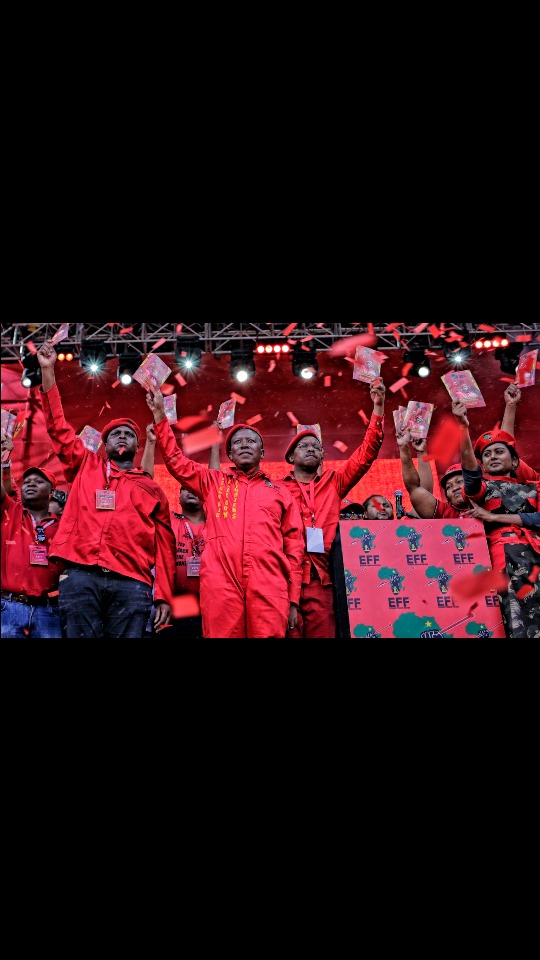 Economic Freedom Fighters is a South African left-wing pan-Africanist political party .It was founded by Julius Malema after he was expelled in the African National Congress Youth League (ANCYL).This party was established in 2013 and it is currently the third largest party in South Africa .On this article I will be focusing on the incidents that can make South Africans to vote for the EFF.

In 2015 August the EFF announced it has secured a Constitutional Court case "Paybackthemoney " campaign against former South Africa Jacob Zuma .The judgment was released by Chief Justice Mogoeng Mogoeng and stated that the then- President of South Africa had violated the Constitution of South Africa ,along with former Speaker of the National Assembly Baleka Mbete.The President was given 60 days to fulfil the requirements of the then- Public Protector Thuli Madonsela .

EFF is very well known of fighting the rights of black people .According to the Land report audit 5% of black people own land and White poeple own about 72% of land. On 27 February 2018 EFF tabled a motion in the National Assembly to amend the so as to allow for the expropriation of land without compensation .The motion brought by the EFF leader Julius Malema ,was adopted with a vote of 241 in support ,and 83 against. The only parties who did not support the motions were the Democratic Alliance,Freedom Front plus,COPE and ACDP. Land expropriation is one of the EFF's seven cardinal pillars .

In 2018, the party's student wing ,the EFF Student Command won many universities across the country .The red berets defeated the ANC-aligned South African Students Congress (SASCO) at Durban University,Magosuthu University of Technology and University of Zululand ..They also won in Cape Town ,the District Six,Mowbray, and Bellville Cape Peninsula University of Technology campuses and they also won in University of Cape Town. The EFF draws inspiration from the broad Marxist -Leninist tradition and Fanonian schools of thought in their analyses of the state ,imperialism ,culture and class contradictions in every society according to it's constitution.

Numbers in the 2016 local elections really proves that many people believe in the EFF. After local elections in South Africa,the EFF has suggested they will back the Democratic Alliance in hung -metro areas,but would not be entering into a coalition with any political party in South Africa. In 2014 they obtained 6.3% votes with 25 seats and in 2019 ,10.79 with 44 seats.

Role of EFF in State Capture

The EFF also took part in the State Capture known as Zondo Commission of Inquiry. According to daily maveric.com , EFF President Julius Malema attacked the Zondo Commission of Inquiry's evidence leader and head of legal Paul Prestorius calling him the bastard. Malema was speaking at the end of two days of protests outside the commission's office in Hilbrow.The party initially said it's protest were against then- Public Enterprises Minister Pravin Gordhan .Gordhan was giving his testimony into his experience of State Capture and into how he was once redeployed and once fired by former President Jacob Zuma ."This bastard doesn't ask questions ,there has been no change in Prestorius style of questioning with Gordhan. He is firm but not abrasive as the method of the commisions is inqusitorial rather than accusatorial .Our trust on this commission has been tested,saidMalema.

In 2020 ,the EFF won against racist Clicks adverts .Clicks is a leading South African beauty and pharmaceutical retailer ,published an advert to promote haircare products feauring two images of black women'shair and two of white women's hair .Captions for Black women strands were "dry and damaged " and frizzy dull while white women's hair images captioned "normal " and "fine and flat " After that adverts the EFF vandilized some Clicks stores across the country and called for nationwide boycott of the pharmacy chain after it disseminated .a racist hair advert .The party and the franchise held discussion to find a way for Clicks to make amends..As a way to apologized Clicks donated 50 000 sanitary pads and 50 000 hand sanitizers and also created a scholarship for five black students to pursue qualifications in the pharmaceutical industry.

In 2020 during early stages of the South African Locked down Collin Khosa was killed by soldiers. The EFF President Julius Malema said the party moved quickly to the defence of the the Khosa family after his death. "The first thing we did was to send lawyers ,that if they need legal representation we are there .That is why you see Ian Levity Attorneys helping them with Advocate Thembeka Ngcukaitobi .We briefed them and we moved beyond that. We buried Khosa we knew the family would struggle because they are poor family from Alexandra.

The EFF is very well known to have high profile people and well educated politicians in South Africa. We can name Advocate Dali Mpofu one of the top lawyers in South,Floyd Shivambu,Fana Mokoena and Dr Mbuyiseni Ndlonzi who obtained his PhD in Sociology from Witwatersrand at the age of 32. 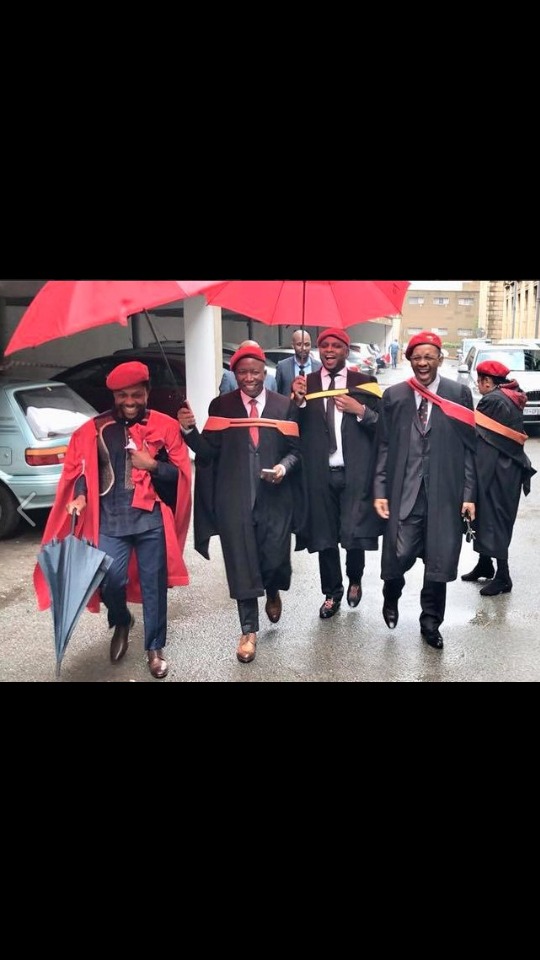