By Khaarendiwe (self media writer) | 3 months ago 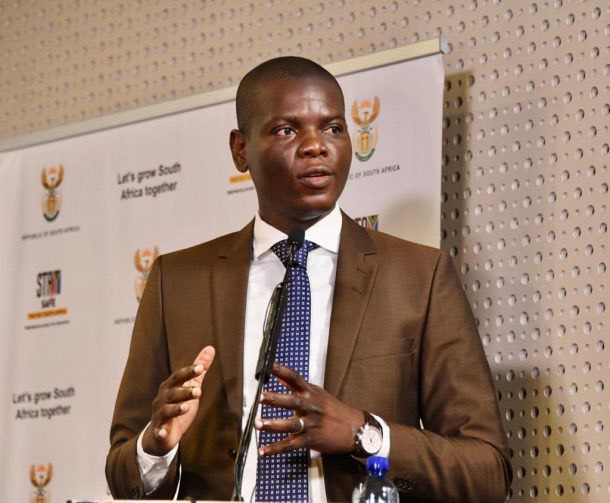 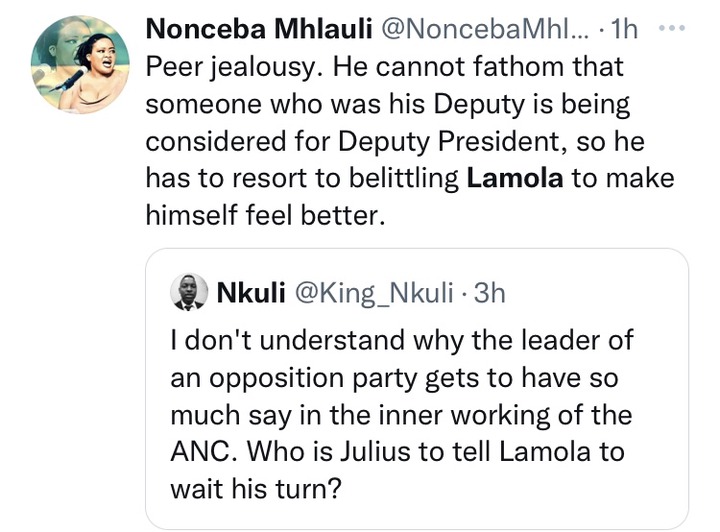 The African Renaissance Twitter page posted “What gives Julius Malema the right to disqualify Ronald Lamola for the position of the Deputy Presidency?Did he think his infantilisation of everyone applies to Ronald Lamola? We are amenable to such youth leadership that we see in Lamola that is not characterised by insults” 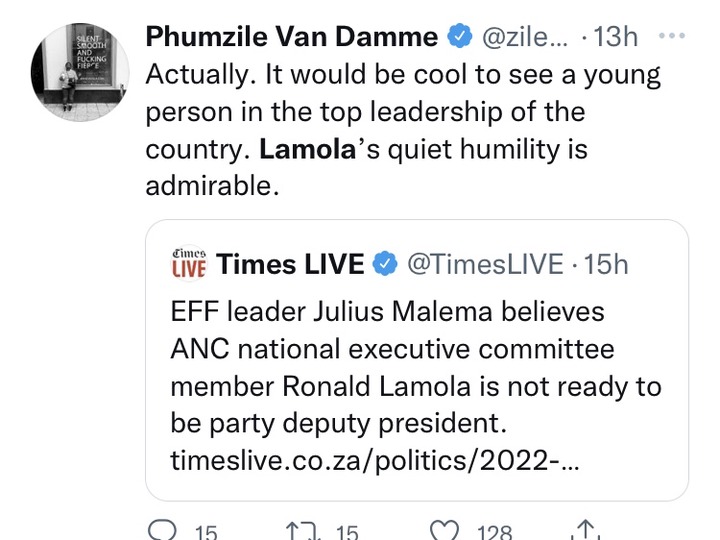 Zolani Simayi said “I see Ronald Lamola the same way I saw Malusi Gigaba - ie I saw him as the deput to TM - he looked Presidential until he messed up with the Nkandla one. So, I see Lamola as the future Deputy President and President. He looks Presidential. Leave Malema's rant” 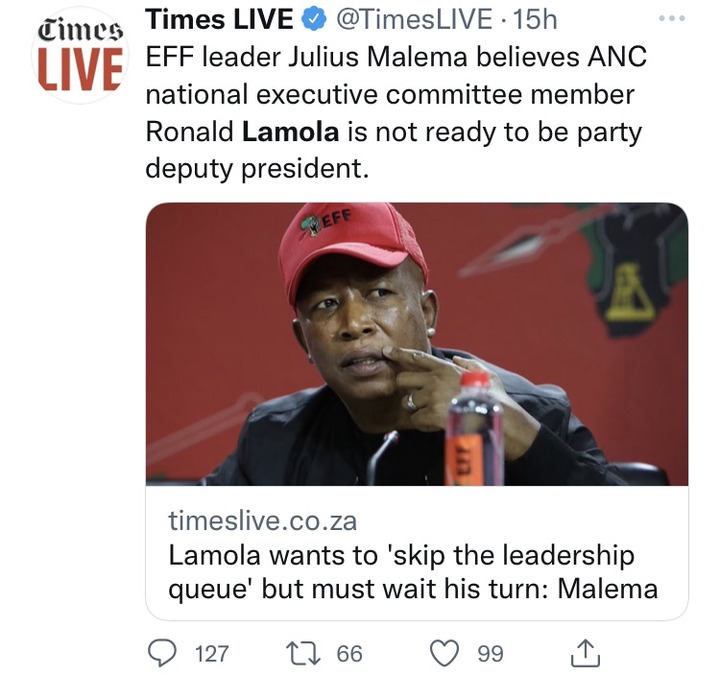 Renapa Fefilwe said “Had Malema stayed in the ANC, like his peers, he'd be a Political Office Bearer. He'd be in charge of hundreds of Billions worth of budget$, making some of the most important decisions in Pta on behalf of SA. Ronald Lamola is everything Malema had hoped to be. Monyese DP!”

What are your thoughts fellas?

Advice from a Man : Here are 3 lies we tell ladies to get them into bed. Opinion.