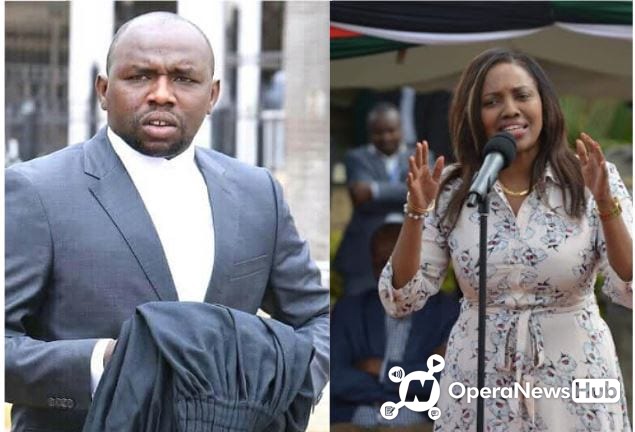 Lusaka communicated the new changes on the floor of the senate on Tuesday morning, effectively confirming the exit of Kipchumba Murkomen (Elgeyo Marakwet) and Susan Kihika (Nakuru) from their leadership roles.

Murkomen was replaced by his West Pokot counterpart, Samuel Poghisio as the majority leader while Irungu Kangata of Murang'a replaced Susan Kihika as the Majority Whip.

While giving his decision, Senate Speaker Lusaka said he would give reasons for the move at a later date. The approvals come just hours after the post-poll coalition between the Jubilee party and KANU has been suspended just a week after it was made official.

The Political Parties Tribunal ruled that the coalition will only take effect after the NEC approves it.

A number of Kenyans have now come out to blast the speaker for the changes with many claiming that he was under siege.

"Lusaka might be a let down," Joseph Mureith tweeted.

"Not surprised....with non-carcinogenic wheelbarrow brain this is the best he could do," Steven Wangombe added.

"If i lose always am not there to explain,wewe kwanza uliogopa ile story ya wheelbarrow,ndio maana umeitikia haraka," another Kenyan added.

"Lusaka I was sure he couldn't risk doing the opposite," one Twitter user claimed.

People are angry at the government for digging millions of graves, see their reactions below